From work permits to transfer fees to global appeal, there's no doubting that the UK's exit from the EU will impact English football's top tier

The Premier League may exist in a bubble detached from the rest of society for the most part, but not even 'The Best League in the World' will be shielded from the consequences of the United Kingdom (UK) leaving the European Union (EU).

League officials and various club chiefs have not been shy in airing their concerns about the potential ramifications of Brexit for football in the country, but plenty of confusion pervades, despite the British government reaching an agreement with the EU regarding the severance.

Unsurprisingly, the crippling uncertainty has only served to compound issues and those associated with British football - like those in every other industry in the country - are eager for their political representatives to arrive at the best possible outcome for their business.

Of course, the truth is that this is far from guaranteed and a transition period now lies ahead as the dust begins to settle on the British political and economic landscape.

With Brexit becoming a reality in 2020 in one form or another, Goal takes a look at how exactly it will affect the Premier League and football in the UK.

Brexit is the term used to describe the withdrawal of the UK from the EU. It is a portmanteau of the words 'British' and 'exit'.

The question of EU membership was put before the British people in a referendum, which was held in June 2016. A narrow majority of 51.9 per cent were in favour of leaving the union.

Interestingly, while the term became widely used in the lead up to the vote in 2015 and 2016, its origins actually stretch back as far as 2012 according to the Oxford English Dictionary. 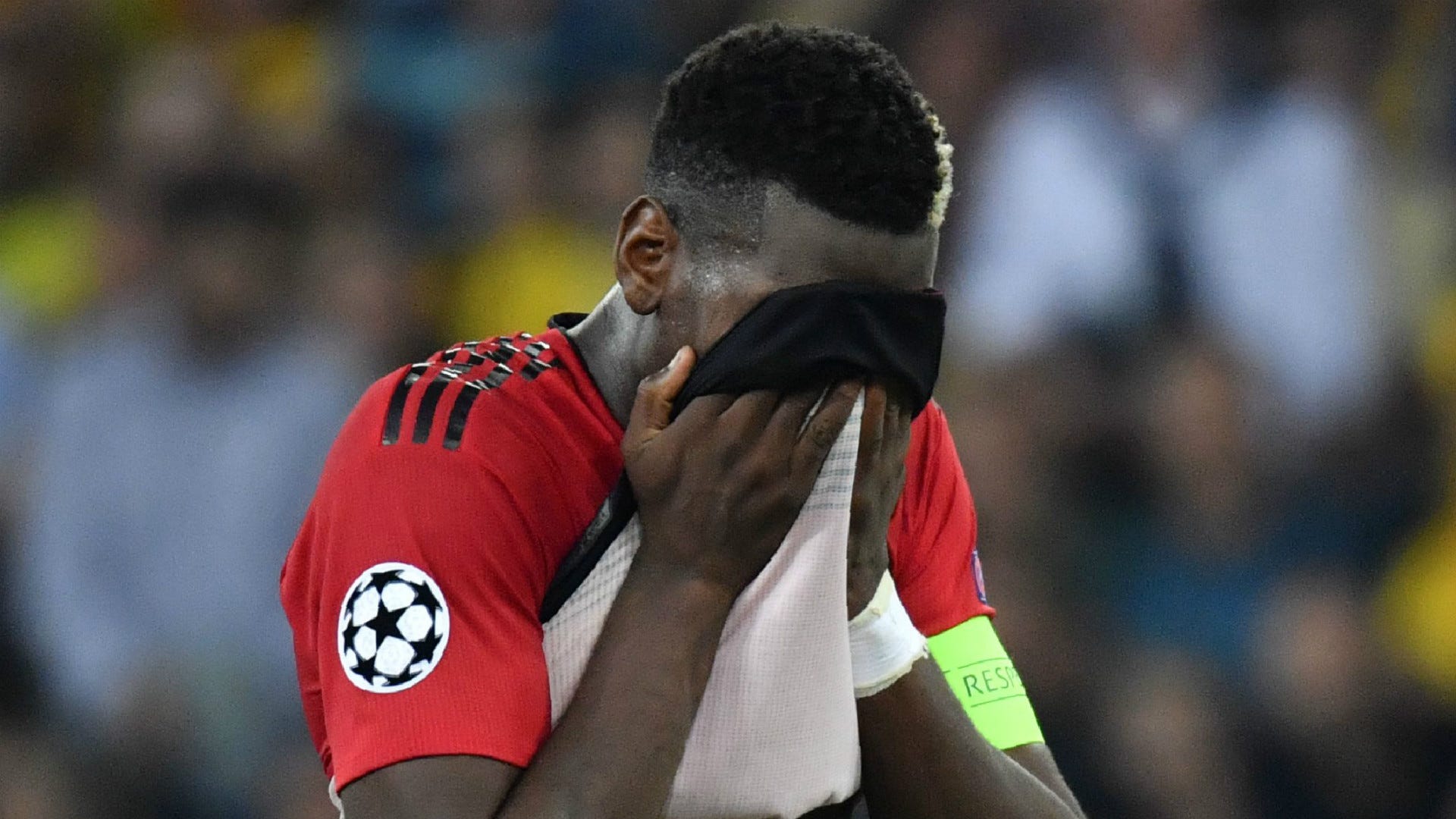 It will come as no surprise to learn that all 20 Premier League clubs were against Brexit back in 2016.

The division's chairman Richard Scudamore remarked in an interview with BBC Radio 5 Live that the campaign to leave the EU was "completely incongruous" with the "openness" he felt was represented at the summit of the English football pyramid. However, the outcome of the referendum means that Scudamore and the Premier League will now have to navigate through volatile terrain.

While we don't really know exactly how Brexit will affect the Premier League, there are a couple of potential scenarios that are likely to emerge, which gives us a clearer picture of what would probably happen.

A 'hard' exit from the EU would see the return of tighter regulations regarding the movement of goods and people, whereas a 'soft' exit would result in less stringent measures.

The withdrawal has been approved by both the British and EU parliaments, so now it's a case of negotiating the nature of the future relationships between the UK and the rest of the world.

So how could it play out?

Cardiff City manager Neil Warnock went against the official line of the Premier League clubs in January when he cried "to hell with the rest of the world" and urged the swift deliverance of Brexit. “I can’t wait to get out of it, if I’m honest," Warnock gushed. "I think we’ll be far better out of the bloody thing. In every aspect. Football-wise as well, absolutely."

However, it's difficult to understand why the Cardiff boss is so optimistic about it from a football perspective, given the potential consequences.

As far as the Premier League is concerned, the chief matter of concern is how immigration will be dealt with after Brexit is finalised, with the free movement of people being a crucial aspect of the modern game in Europe.

For Premier League clubs, particularly those at the top end, dealing in the transfer market is a key consideration in the pursuit of success, but any restrictions on the free movement of people arising from Brexit would inevitably create problems.

After Brexit, it is possible that footballers from EU countries - Germany, France or Spain, say - who are wanted by the likes of Manchester United or Arsenal may be treated in the same way as non-EU or European Economic Area (EEA) footballers currently are.

That means they will have to satisfy certain criteria or receive an exemption in order obtain a work permit, which would then allow them to work in the UK as employees of a football club.

Back in 2016, the BBC established that 332 players in the Premier League, Championship and Scottish Premiership would not satisfy these requirements. 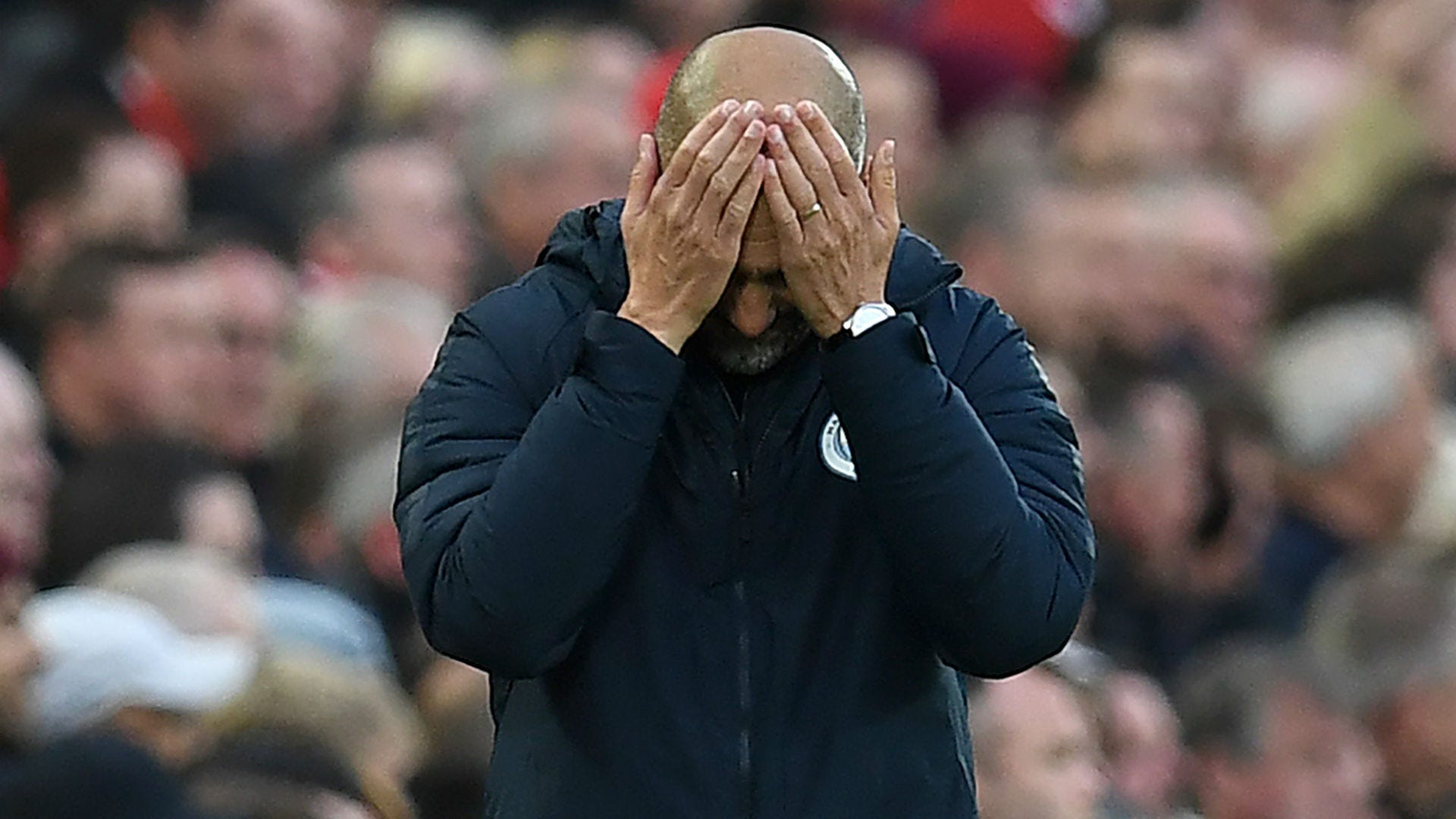 Furthermore, leaving the EU means that clubs in the UK will subsequently find it much more difficult to recruit European players under the age of 18 for their academies.

FIFA's regulations on the protection of minors allow for the international transfer of footballers between the ages of 16 and 18 if they are moving between clubs that are both based in the territory of the EU. By the time Brexit is complete the UK will no longer be within the EU's territory, which would, for example, prohibit the next Cesc Fabregas from joining Arsenal from Barcelona.

British football clubs have reportedly been reassured by FIFA that they will continue to enjoy the exception of Article 19 of FIFA's regulations on the status and transfer of players until the end of the transition period - December 31, 2020 - at least. However, after that it remains unclear.

Interestingly, too, back in November 2018, a report in the Times revealed that the Football Association had put forward proposals to limit the number of overseas players in Premier League squads to 12, which would be a reduction of five. Such a measure would inevitably affect the division's clubs, particularly those at the top end.

Of course, footballers are not the only individuals who would fall under this umbrella. The past two decades have witnessed an influx of coaches from Europe into the Premier League and as of January 2020, of the 20 clubs, 10 had a non-British coach at the helm - Pep Guardiola at Manchester City, Jurgen Klopp at Liverpool and Jose Mourinho at Tottenham, to name a few.

As well as coaches and players, the football industry has long utilised the labour and expertise of EU workers at all levels. These individuals will also be faced with the same restrictions.

As well as the long-term effects of not being able to freely recruit the best footballers from around Europe, Premier League clubs will also potentially have to contend with financial drawbacks due to Brexit.

Indeed, the initial tremors caused by the UK's vote to leave the EU have been affecting clubs according to Burnley chairman Mike Garlick, who has noted that the diminishing value of the pound against the euro making it more difficult for British clubs to sign players in a competitive market.

Garlick said, per the BBC, that Brexit "threatens to make the widening inequality gap in our top division even worse".

Damage to global image and appeal?

Since the emergence of the Premier League in 1992, England's top division has grown considerably in stature into a truly cosmopolitan arena where some of the best footballers from across the planet showcase their abilities.

A competition marked by increasing diversity has thrived, delivering 11 clubs to the final of the Champions League since the turn of the millennium in the 2000-01 season, with four going on to lift the top prize in European club football. 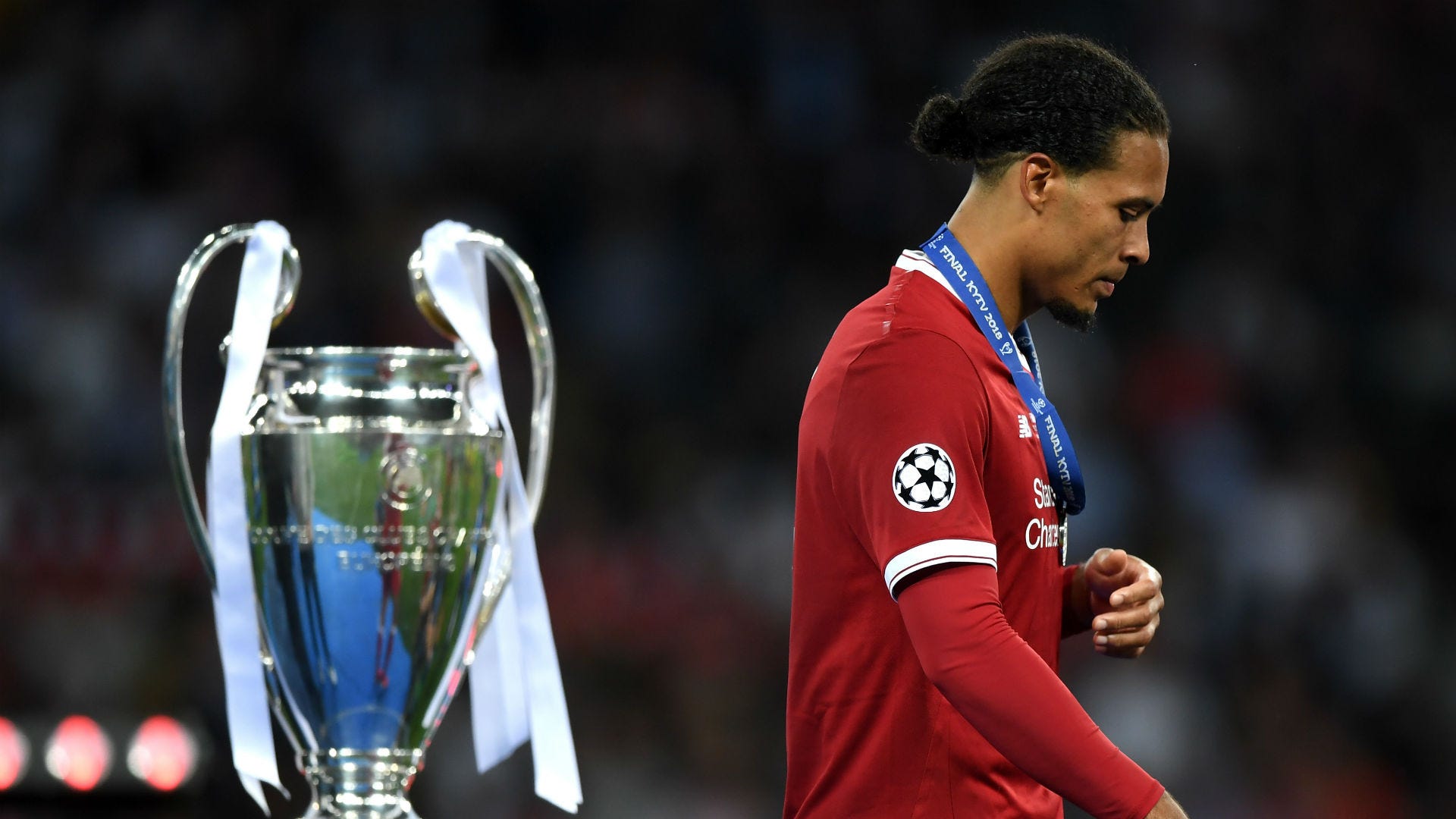 A lucrative injection of television money has helped to ensure that its clubs have been able to lure the best talent along the way, thus giving rise to the perception of it being the best league in the world.

However, that image could well become tarnished should the British government deliver a 'hard Brexit', which would create a relatively stifled environment - based on the aforementioned pillars of restricted movement and reduced financial clout.

Not only would the flow of talent from the EU begin to dwindle as a natural result of newly imposed bureaucracy, the Premier League's clubs could fall behind their continental counterparts in terms of monetary pulling power.

How do work permits work in the Premier League?

Work permits are already required for certain footballers who wish to play in the Premier League. The need to obtain a work permit was limited to players from non-EU or EEA countries, but that could expand to include non-British nationals after Brexit.

A work permit is essentially an official document from a country's governing body - in this case the UK Home Office - which grants permission for an individual to work in a particular country. In the UK, when it comes to football, a points-based system is applied to determine whether an individual is worthy of a governing body's endorsement.

A player will automatically qualify for a work permit if they have played in at least a certain percentage of their national team's games in the two years prior to the application. The automatic criteria can be seen below.

Should a player fail to meet the automatic criteria they can request than an 'Exceptions Panel' deliberate over their suitability to work.

Among the objective criteria in the points system are the value of a player's transfer fee (or their virtual transfer value), their wages and their recent playing history. Oral submissions can also form part of the application.

It has been noted that if such criteria were applied to non-UK players in the past, the Premier League would have been bereft of players such as N'Golo Kante and Riyad Mahrez, who are now star players with some of the division's biggest clubs.

When they joined Leicester City from Caen and Le Havre respectively neither Kante nor Mahrez was a regular for their national team, while their transfer fees were also relatively low.

What about British footballers playing abroad? 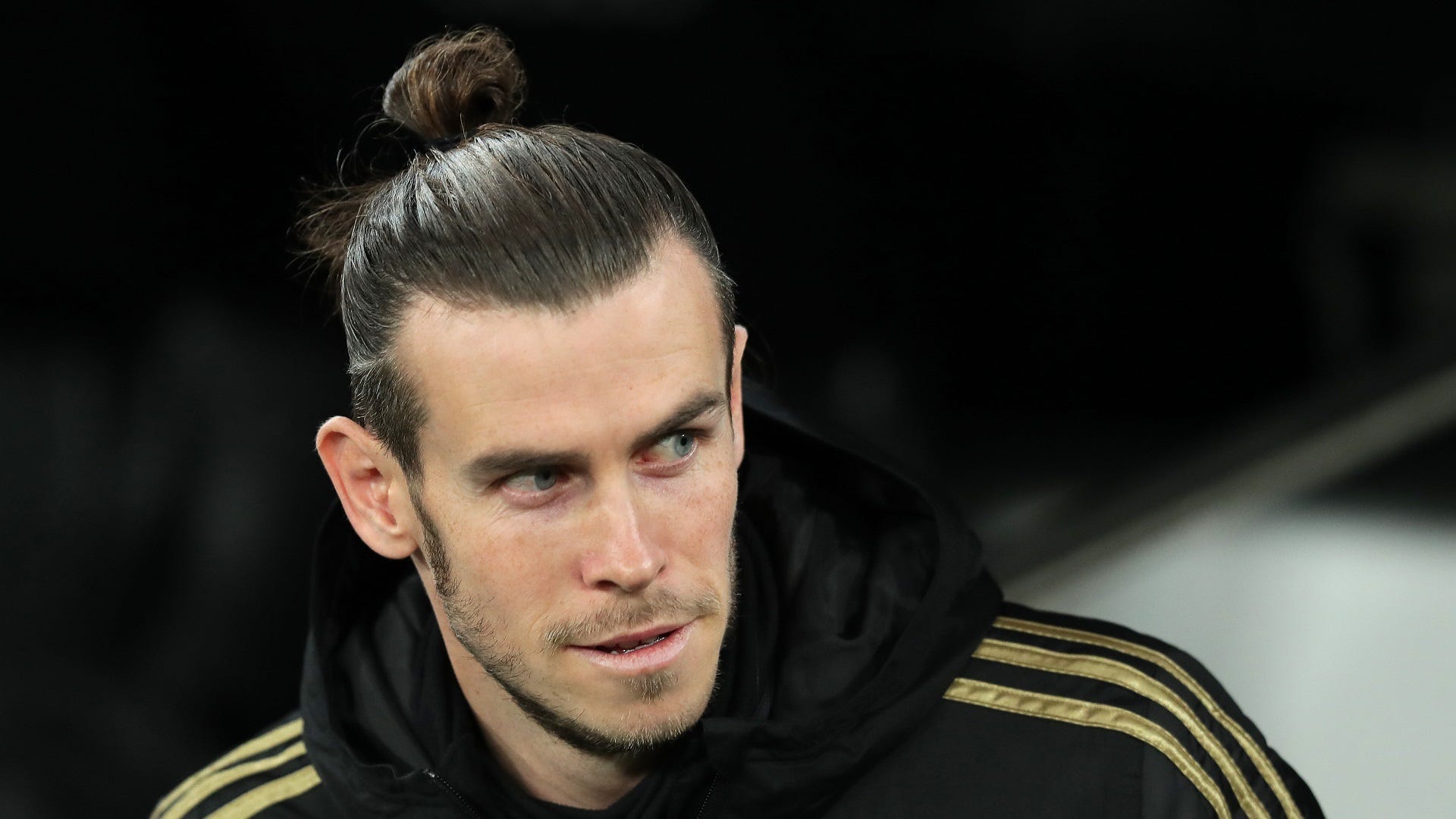 Another concern that has arisen as a result of Brexit is the status of British footballers plying their trade in places such as Spain, Germany or France.

A no-deal Brexit could make it more difficult for individuals to make the move to an EU country due to the increased paperwork that is anticipated due to the probable need for work permits.

Gareth Bale, for example, plays for Real Madrid in La Liga, and, according to an ESPN report, the player's agent indicated that they are waiting to see what will happen, noting that it was difficult to make plans amid the uncertainty.

Other players who could potentially be affected are Borussia Dortmund winger Jadon Sancho, Ademola Lookman at RB Leipzig and Keanan Bennetts, who plays for Borussia Monchengladbach.

When will Brexit happen?

It was formally triggered in March 2017 and was initially projected to be finalised on March 29, 2019. However, the exit date was subsequently extended until October 31, 2019 before being finally set for 2020.