The Blues were still an amateur outfit as recently as 2013 but, on Sunday in Gothenburg, they will take on Barcelona in the biggest game in Europe

For Chelsea owner Roman Abramovich, the Champions League win of 2012 represented a joyous culmination of a decade's worth of investment in the club.

However, nine years on, the Russian's willingness to pump money into the Blues' women's team is now set to yield another European Cup.

However, the ultimate goal was always continental supremacy and, on Sunday in Gothenburg, Chelsea will face Barcelona in the Women's Champions League final.

Their mere presence in the final represents a remarkable achievement, given the Blues' women's team was still an amateur operation in 2013.

Now, they are bidding to complete the third – and toughest – stage of a quadruple.

"I first got involved with the club eight years ago," Jacob told Goal. "At the time, women’s football was not professional. The WSL was not televised and there was no focus on it whatsoever. The girls were part-time, which was typical.

"You had big club names but they were affiliated to the club rather than being run by the club. Our staff, like Emma and her assistants, were working 90 hour weeks to keep things going.

"All the girls were part-time, had other jobs, trained a couple of days a week and trained at Staines FC at Wheatsheaf Park. There would be about 100 people and a dog, maybe sometimes two or three dogs there.

"It was all very quaint but we had girls who had just been to the Olympics, like Claire Rafferty and Eni Aluko. They were elite athletes but you would get more people watching a Sunday league match. 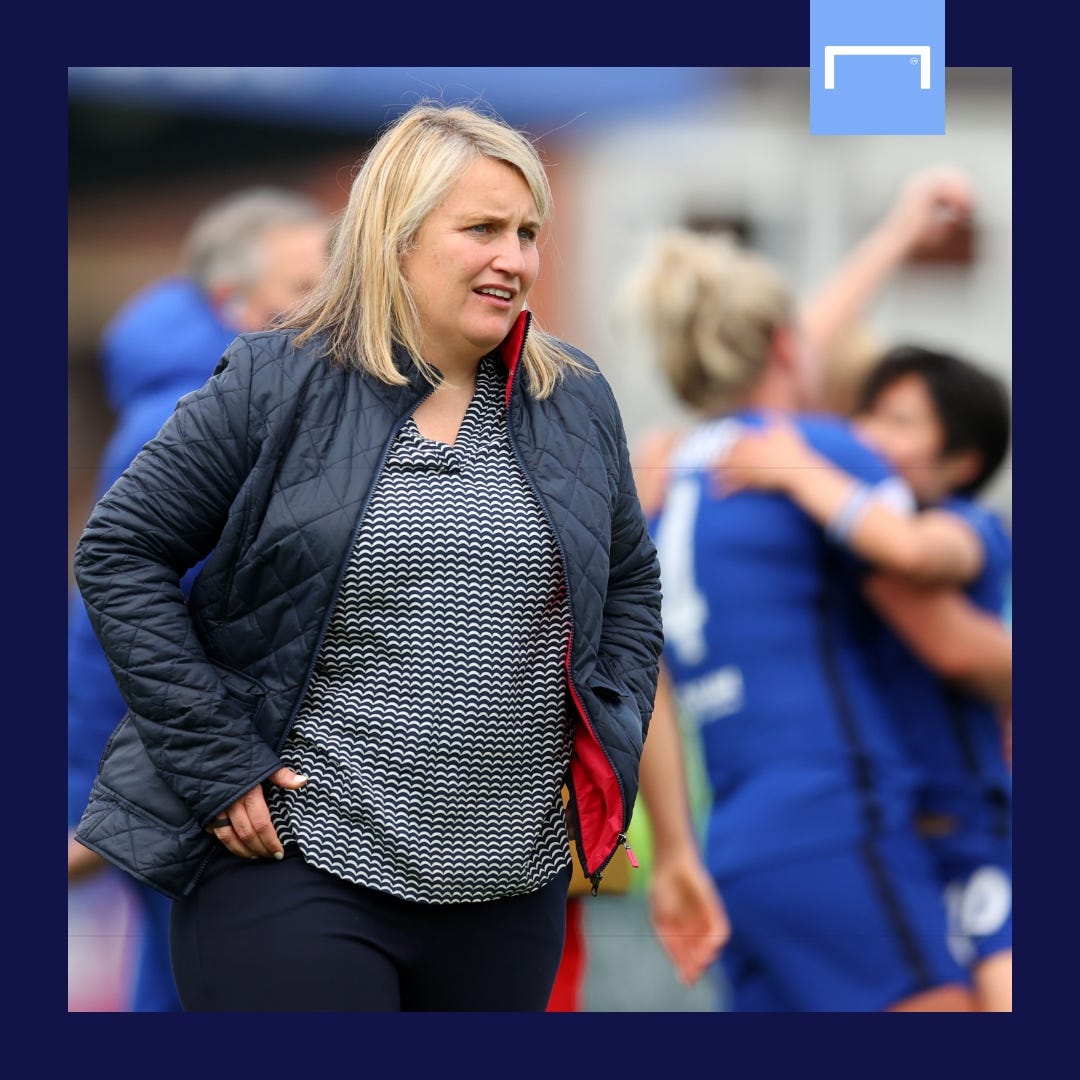 "We then got invited to go to a tournament in Japan. It was an unofficial International World Club Championship. It was in our off-season and we barely had a squad. Emma insisted we go but the board said we had to put on a show there and not get humiliated.

"That’s not what Chelsea does. We thought 'let’s bring some players in for it' and we used some contacts. The reality was that Chelsea weren’t doing well but it wasn’t the focus.

"But Emma came in and said, 'We are Chelsea. When we take part, we win.' The directors and the owner got completely on board.

"It was at the same time the WSL got more professional. We brought in more players. Everything we asked for from the club, we got, but it was bit by bit. We became good. You see a lot of clubs say that they have a ‘one club’ feeling, but at Chelsea it is genuine."

That trip to Japan in 2013 came after the Blues finished second bottom of the WSL. But their improvement was rapid and they almost won the league in 2014 only to fall short on the final day, losing to Manchester City.

"We weren't worse than them, but they had gone full time and were fitter than us," Jacob explains.

Chelsea went full-time and began to win domestically, but Europe continued to prove a step too far.

"I remember when we qualified for the Champions League and faced Wolfsburg at Stamford Bridge," Jacob says. "Me and Emma spoke after we lost 3-0 and were well beaten. But, at that point, the former technical director Michael Emenalo came on board to help.

"When we played Wolfsburg for the first time, we had a list of everyone they had and we were like, 'This is unbelievable, how have they got so many staff?'

"I saw the list for Sweden and we are taking 60 people with 30 staff. It is unbelievable where we are now. Chelsea Women’s facilities at Cobham are world-leading." 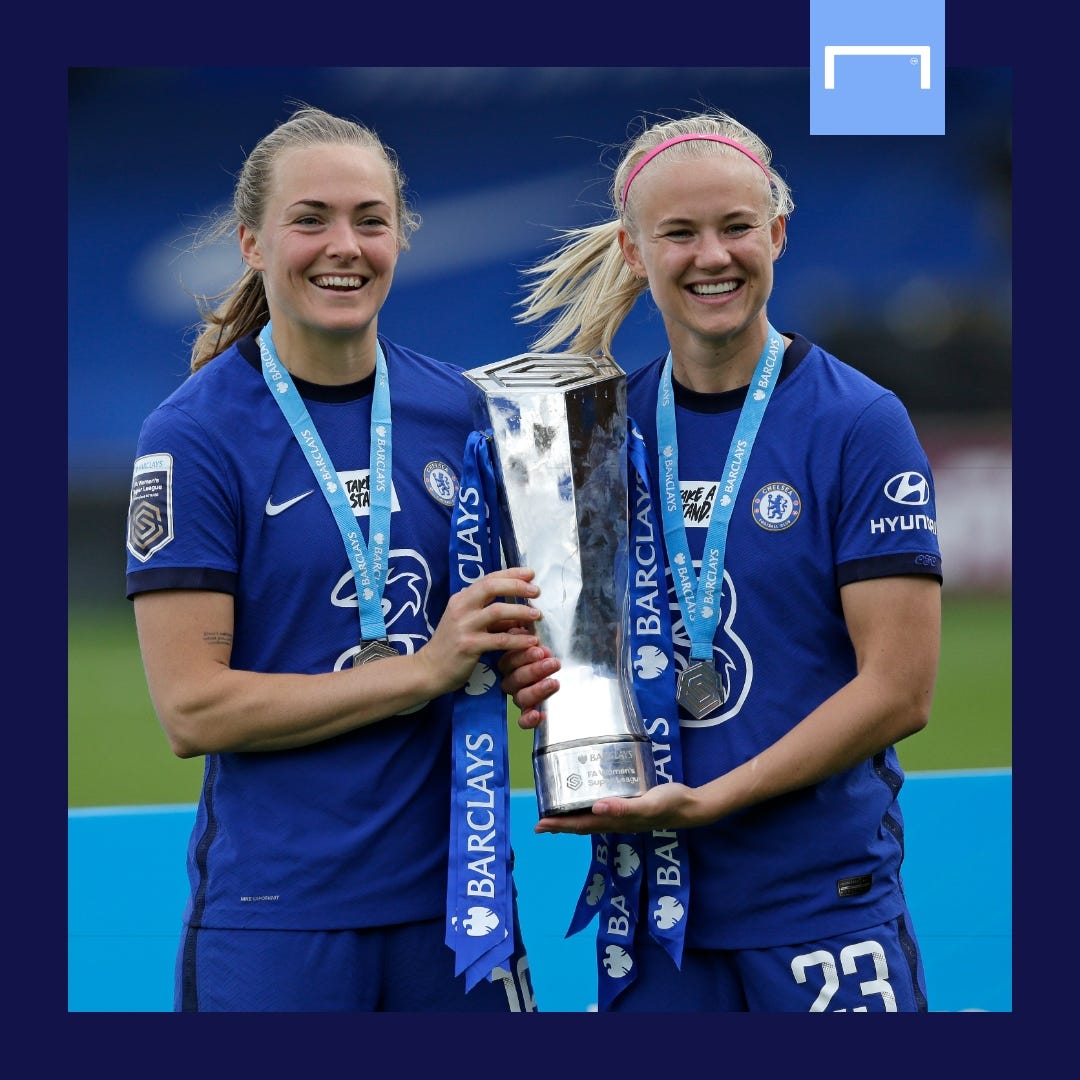 Indeed, Chelsea have been making waves on a global level for some time now and Abramovich's willingness to splash his cash has obviously been key.

As he so often does with new additions to the men's team, Abramovich went out of his way to welcome new signings to the club, while he insists that he is kept in the loop on all major moves behind the scenes.

He also deserves credit for the appointment of Hayes, as hiring a female coach was almost unheard of at the time. Hayes' record of nine trophies in nine years has certainly vindicated that call.

"There was a time in the WSL, which was quite long, where Emma was the only female coach," Jacob points out. "The amazing thing is that there’s support without pressure.

"This is a project. We want to win and Roman has complete faith in Emma."

Chelsea's long-term goal is increasing participation in women's sports through their female academy, which they hope will produce similar results to the male equivalent.

The Blues have also fully committed themselves to supporting worthy causes.

An appeal to supporters helped raise £500,000 ($700,000) for Refuge, an organisation that helps victims of domestic abuse, and that donation was matched by Abramovich.

Abramovich is now hoping that both Chelsea's men's and women's teams can end the season as European champions. This is not 2012 anymore. He is now just as preoccupied with seeing the women's team lift the Champions League trophy.

"It is a really big deal for him that they are in the final," Jacob adds, "and this final is a big milestone in his legacy."