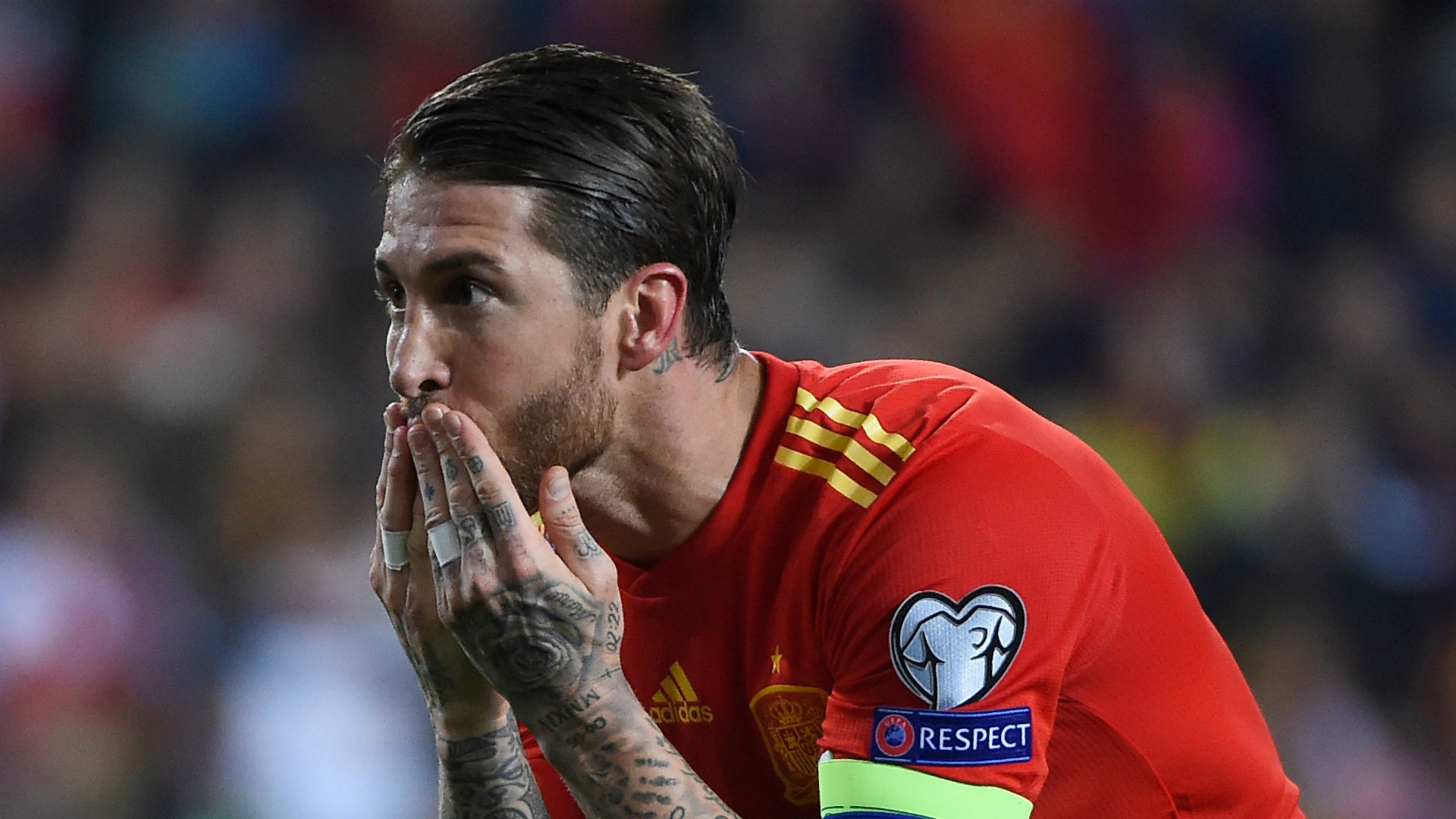 Joshua King has branded Sergio Ramos as a “nice” defender and insisted the Spain international does not warrant his existing reputation as a tough and nasty centre-back.

The Bournemouth striker came up against Ramos in Norway’s Euro 2020 qualifying defeat against Spain on Saturday night.

The 27-year-old scored a second-half penalty to cancel out Rodrigo’s opener, but Ramos then scored a spot-kick of his own to secure the three points for the hosts.

However, despite being on the wrong end of defeat at the Mestalla, King insisted the Real Madrid star was nothing but a good sportsman in their battle.

"Ramos has a reputation of being dirty and rough, but I do not remember going up against a centre-back as nice as him,” King told Nettavisen .

"I have not seen all of his matches but I think that all of his challenges were clean and he seemed to me a very good sportsman.

"He won some duels and I won others, I think it was a good game."

Ramos has a reputation as a dirty defender, particularly after his behaviour in the 2018 Champions League final.

Los Blancos beat Liverpool 3-1 on the night, but the Reds’ talisman Mohamed Salah was forced off with a shoulder injury inflicted on him by Ramos.

Salah was dragged to the ground by the defender, and it put his World Cup appearance in jeopardy as well as forcing him off prematurely for the Merseyside club.

Ramos has also received 25 red cards throughout his career - a European record.

He has been booked 13 times in all competitions for Real Madrid this season, while he was also booked three times in four games during Spain’s Nations League campaign.

But Ramos is not the only defender that King has praised before.

He previously credited Liverpool’s Virgil Van Dijk as the only defender he has come up against that is stronger than himself.

“Yes, Van Dijk. He's the only one. Van Djik is the strongest and best I have ever met,” he told TV2 .

Spain's next game is against Malta on Tuesday night, while King's preparing for Norway's upcoming game against geographical neighbours Sweden.