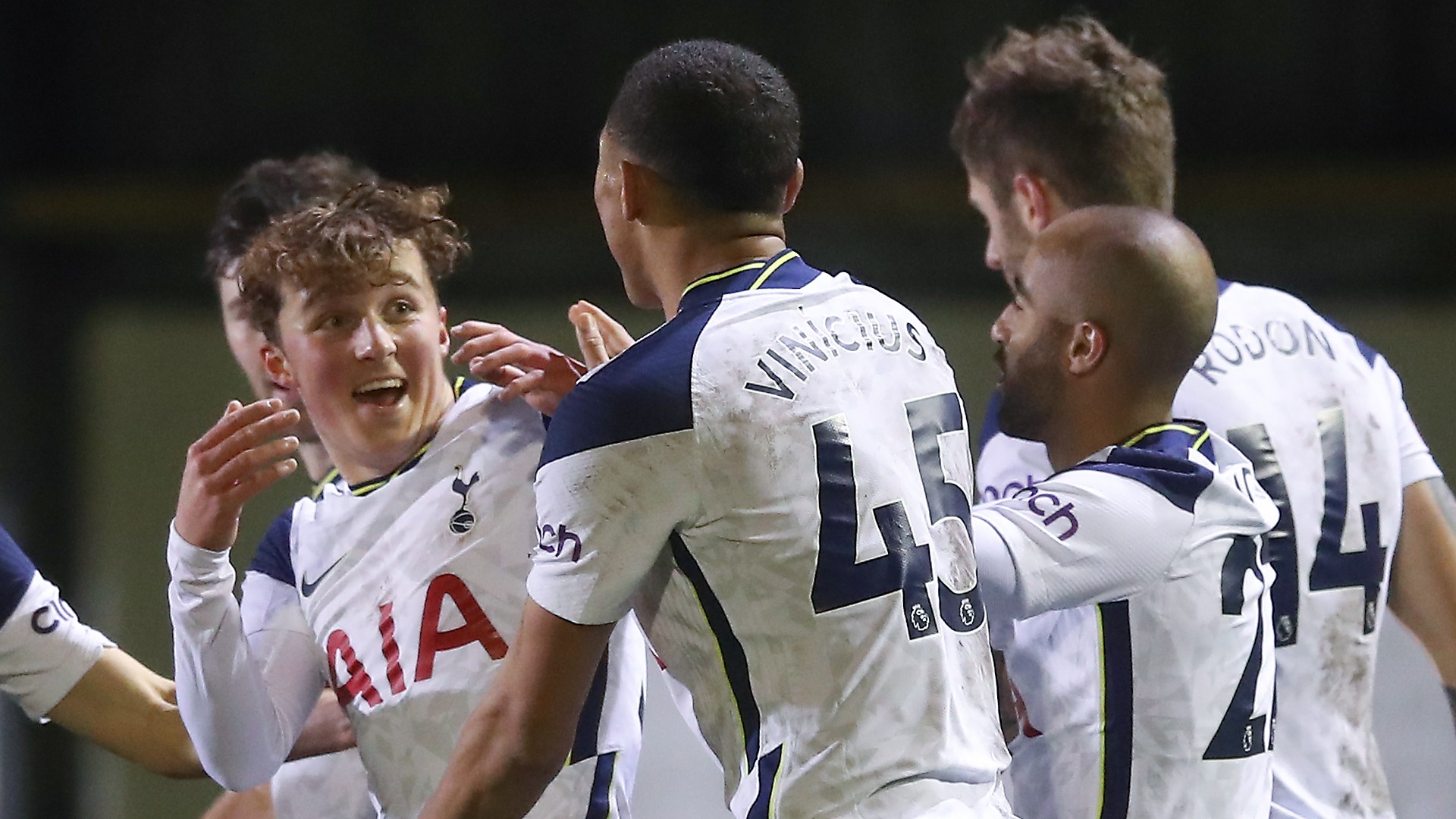 Japhet Tanganga says there is a lot more to come from Tottenham sensation Alfie Devine, who he says has "looked a real spark" since stepping up to senior level.

Devine made instant headlines when he came on as a half-time substitute during Tottenham's third-round FA Cup tie against eighth-tier minnows Marine on Sunday.

At the tender of age of 16 years and 163 days, the midfielder became the youngest player in the club's history at Rossett Park, and marked the occasion by rounding off the 5-0 victory with a stunning finish.

Devine also became Spurs' youngest senior goalscorer of all-time by finding the net with a powerful low strike on the hour mark, capping a swift rise to prominence in north London.

The England U16 international only recently started training with Jose Mourinho's first team, but Tanganga expects him to go on and become a regular in the squad after making such an impressive bow.

"Every time he's come up [to first-team training] he's looked a real spark," the 21-year-old defender, who also featured in the second half against Marine, told the Evening Standard. "He's doing well. When he was coming on, I just told him, 'Keep it simple, do what you've been doing in training – there's a reason why you've been training up'.

"You saw glimpses of his ability in a really professional performance. I'm really happy for him to get his first professional goal. He's a really good player and there's more to come as well.

"It's a great achievement and it was a great goal. Hopefully from here it's a confidence boost, knowing that the manager can put him in for these games.

"He's shown he can hustle, he's shown what he can do, so hopefully from here he can kick on and get more appearances for the club."

Mourinho reserved special praise for Devine in his post-match interview, highlighting the teenager's natural ability in the final third of the pitch.

"He's a kid with good potential. He's basically a midfield player but with an instinct to appear in finishing zones and to score goals," the Portuguese boss told reporters.

"We like him and of course for him, it was a special day."