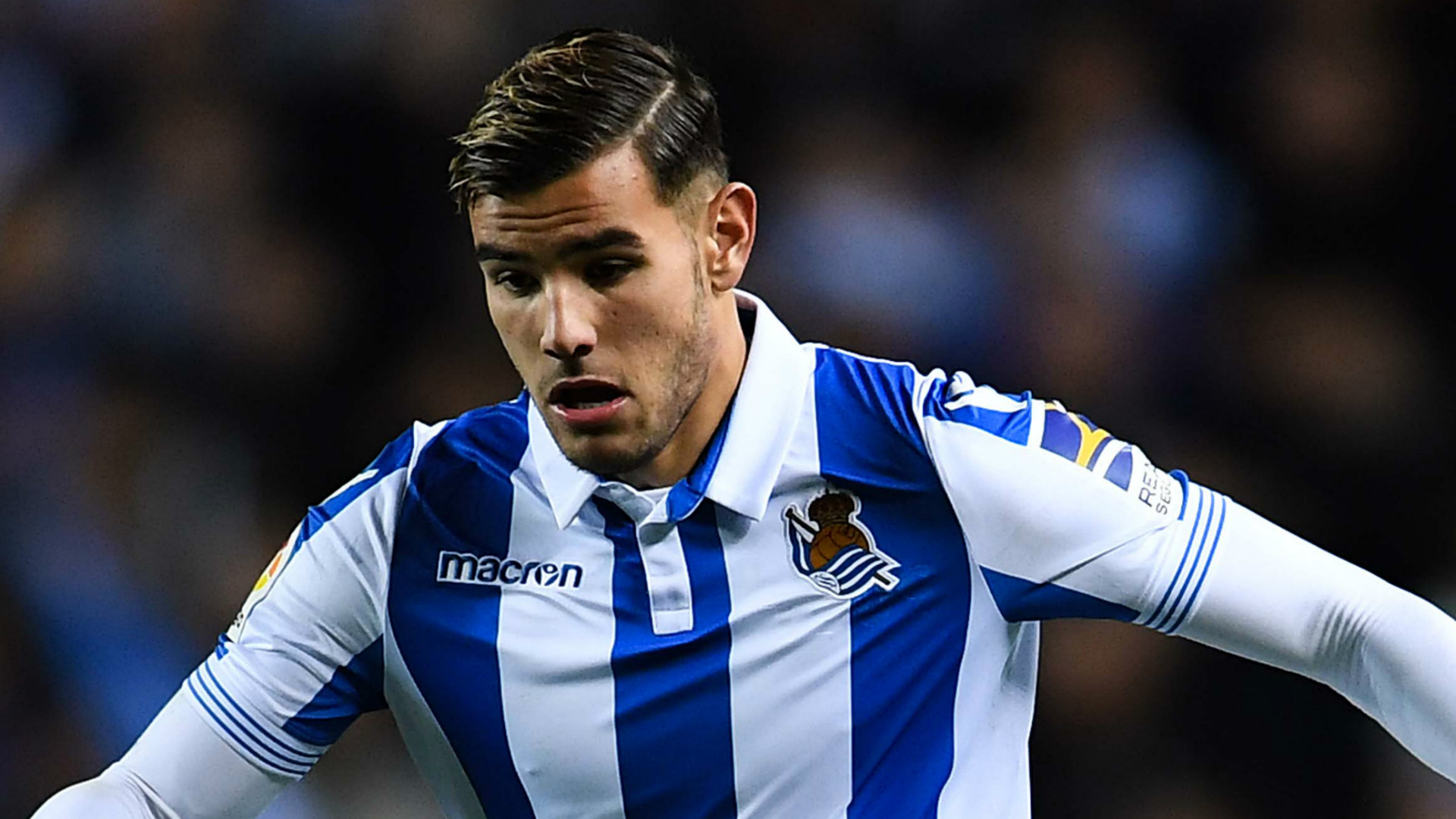 Theo Hernandez has arrived to undergo a medical at AC Milan before completing a transfer from Real Madrid this week.

The left-back arrived in Milan to have the first part of his physical exam at La Madonnina private hospital on Monday evening and is scheduled for the second part on Tuesday.

The Rossoneri will reportedly pay €20 million (£18m/$23m) to land the France Under 20 international, who had been linked with a move to Bayer Leverkusen and Napoli.

Hernandez, 21, rose through the Atletico Madrid youth system before leaving for Real in 2017, signing a six-year contract.

He appeared in 23 games for the Santiago Bernabeu outfit before he was sent to Real Sociedad on loan last season, where he made 28 appearances in all competitions.

Hernandez was targeted by Paolo Maldini, who was promoted to technical director at Milan earlier this month.

Initial reports said Madrid hoped to let him move to San Siro on loan with an option to buy, but Milan have held out for a permanent deal.

The Serie A outfit are also set to sign Rade Krunic from Empoli for around €8m (£7m/$8m) after the Tuscany side were relegated from the Italian top-flight last season. Krunic has also undergone a medical in Milan but his transfer has not been made official yet.

Meanwhile, they have been linked with a move for Arsenal midfielder Lucas Torreira, who worked with new Rossoneri boss Marco Giampolo at Sampdoria. However, the Uruguayan has denied he is close to a return to Italy, insisting he has not received an offer from Milan.

Milan have offloaded Gustavo Gomez to Palmeiras on a permanent deal while Stefan Simic has left to join Hajduk Split this summer.

Despite finishing fifth in Serie A in 2018-19, Milan have been excluded from next season's Europa League for breaking UEFA's Financial Fair Play rules.

The Italian club have accepted the punishment for the violations which happened under the previous owners, saying in a statement: "Whilst saddened by the fact that our fans will not be able to see their team compete in European competition next season, the club recognises and respects FFP.

"The club acknowledges it has no other choice but to accept the sanctions, as it seeks to forge a pathway back to full compliance."