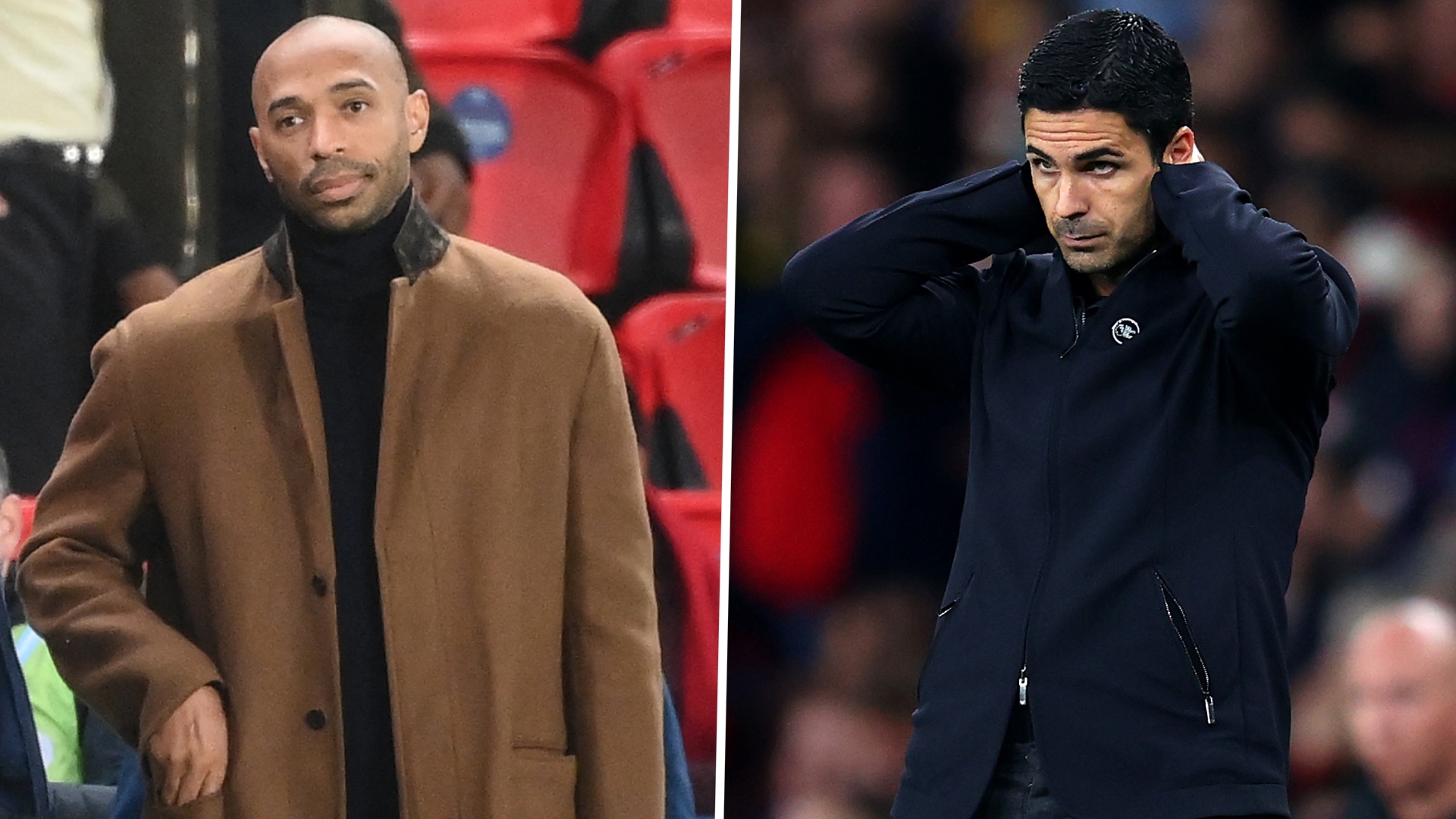 Thierry Henry said earlier in the week that he wasn't sure if Arsenal were going in the right direction under Mikel Arteta.

And the Gunners legend certainly wouldn't have been provided with any further clarity by the performance Arteta's side served up during Monday night's 2-2 draw against Crystal Palace.

After four games unbeaten in the Premier League, this was the moment you thought Arsenal could really take off under Arteta.

A win against Palace and another victory on Friday against Aston Villa would have taken his side into the top four, albeit having played a game more than everyone else.

It was a chance to show the rest of the league that Arsenal meant business, but all they managed to do is show they remain the top flight's biggest enigma.

Alexandre Lacazette’s injury-time equaliser may have salvaged a point, but huge question marks remain over what sort of team Arsenal are under Arteta and where they are heading.

For most of the game it was Arsenal at their worst.

They started well and got themselves in front through Pierre-Emerick Aubameyang’s opener on eight minutes, but from then on they were comfortably second best to Patrick Vieira’s side.

Crystal Palace were sharper, they were better in possession and they looked like a side with a plan.

Arsenal meanwhile, after what had been a promising start to the game, were listless, boring and lacked any sort of structure.

This was a throwback to the final days of Unai Emery and a performance which should worry Arteta.

Yes, his side kept going and got themselves something out of the game, but they need to be doing far more than that now.

Arteta has been in the job for nearly two years, yet Vieira seems to be getting more of a tune out of his players at Crystal Palace in little more than two months.

And the Frenchman hasn’t just spent £150 million ($207m) during the transfer window.

“I don’t know if things are going in the right direction,” Henry had stated in the build-up to Monday's game and following the 0-0 stalemate at Brighton before the international break.

“I was waiting to see the Brighton game, to see if we could have the ball and keep the ball, away from home, retaining possession, against a dangerous Brighton side.

Late drama at the Emirates…

Performances like the one Arteta’s side served up against Palace will do little to convince Henry or anyone else that Arsenal are heading in the right direction.

They were poor, even after being boosted by Aubameyang's early opener, and looked to be heading for a fourth league defeat of the season after Christian Benteke and Odsonne Edouard had netted for the visitors, only for Lacazette to strike right at the death.

“The way we started was really brave, we deserved to score the first goal,” Arteta said.

“We had a bad period after that when we started to give too many balls away.

“We had no composure to control the game after having the lead."

Arteta added: “We started to defend something after scoring the goal and that is what I didn't really like.

“We started to not play forward, we kept the ball in the wrong areas and put ourselves in trouble. That’s the period I didn’t like.

“I thought we got better in the second half, but when we had some control, we just gave the goals away.”

This was always going to be a huge season for Arteta.

After two successive eighth-placed finishes in a row in the Premier League, it’s the season when the Spaniard has to start to prove that he can get the club heading in the right direction again.

Lacazette had only been on the pitch 23 minutes and was already Arsenal's man of the match before that goal (thought Auba also played well).

Horrible performance. Palace so unlucky not to win.

He has been backed in the transfer market, with no other Premier League club spending as much as the Gunners, and he now has a side largely made up of players who have been bought under his watch.

There were positive signs with the way they dismantled Spurs before the international break, but it’s no good winning a derby and then following it up with the type of performances we’ve seen against Brighton and Palace.

There are still too many question marks hanging over Arsenal.

The Switzerland international may divide opinion, but there’s no doubt that Arsenal are a better team when he is in the side.

They have drawn both games since he suffered his knee injury in the win against Spurs and Arteta has started with a different formation in both.

“But he’s not available and he’s not going to be available for three or four months, we know that.

“It’s not about him. Today was more a collective issue with a lack of composure that we had with the ball in that half period when we suffered and then obviously the areas when we lost the ball cheaply to give the goals away.

“I totally believe in the other players.”

Arsenal now sit 12th in the Premier League and will turn their attention to Aston Villa’s visit to north London on Friday night.

Villa cruised to a 3-0 win at the Emirates Stadium last season and Arteta must find a way to ensure they find things far more difficult this time around.

After two years you should be in a position to know what to expect from Arsenal, but that is not the case.

The summer additions have given the squad a fresh look, but familiar failings remain.

There is no consistency, no guile and a distant lack of flair.

The win against Tottenham last month felt like it could be the moment that ignited Arsenal’s season.

What has followed, however, has taken the wind out of the sails once again.