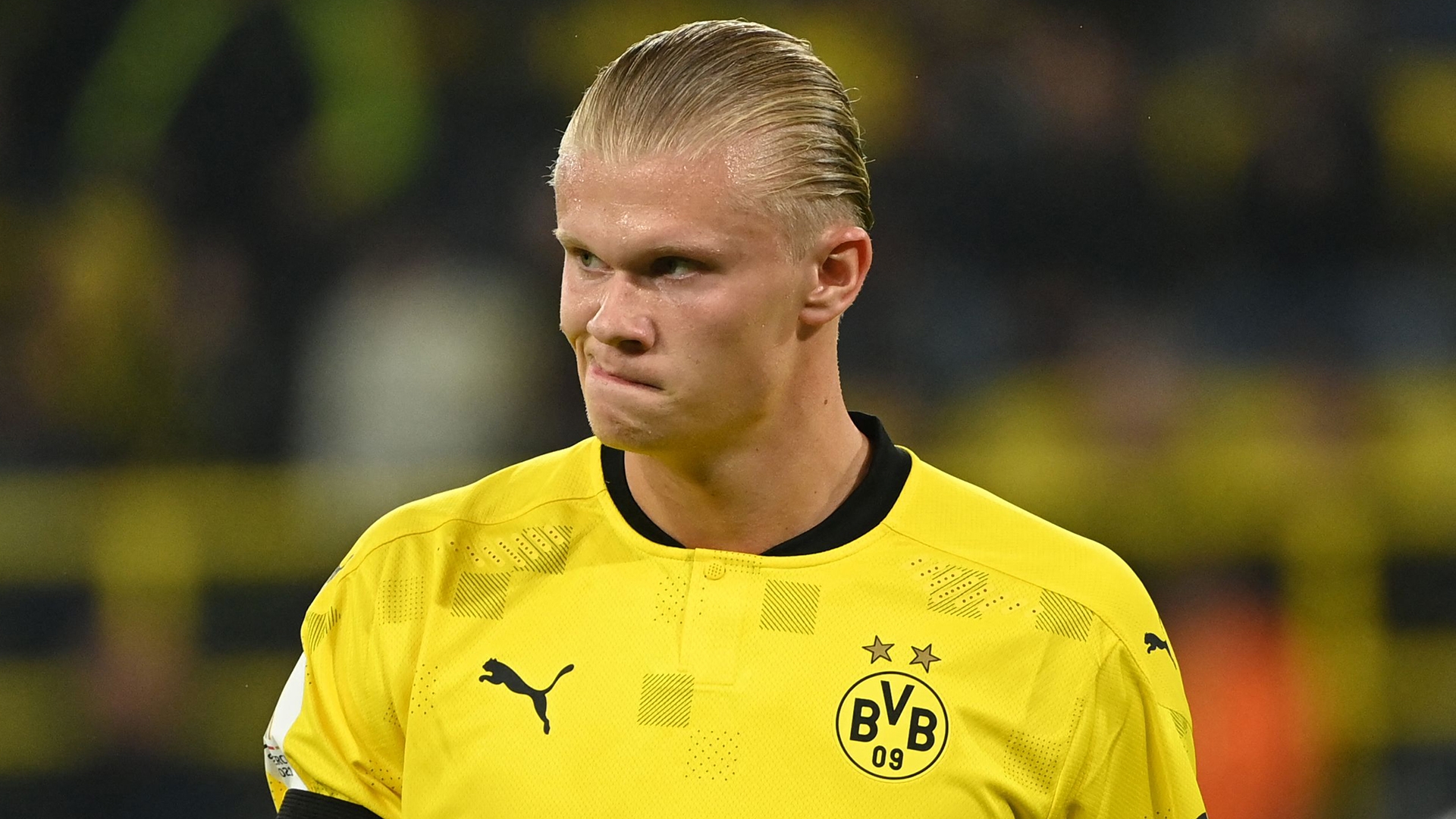 Liverpool boss Jurgen Klopp is a big fan of Erling Haaland, admitting that he cannot help but take interest in what the forward is achieving at his old club Borussia Dortmund.

Haaland, 21, started the 2021-22 Bundesliga season in typically bombastic fashion, netting twice on the first day of the season to take down Frankfurt 5-2.

He boasts an incredible 62 goals in 63 games for BVB, a strike-rate that has caught the attention of the world's biggest clubs - and an old Dortmund favourite.

"Of course there is a danger with such an extraordinary talent. The boy is a force of nature," Klopp explained to Bild.

"During a goal celebration he hit the ball on the ground... I wasn't sure if there was a dent in the ground after!

"Sooner or later he'll be in the conversation of big clubs. I don't know if that will already be the case next year, but then Dortmund will have to stand up to him."

When asked if Liverpool would be interested in Haaland, Klopp replied: "He is simply a very interesting player. I really like the energy he brings to the pitch. But he would generally suit most teams."

Klopp joined Liverpool in 2015 and has since become a hero at Anfield as his Reds team regularly compete at the top of the table.

The German delivered Champions League glory in 2019, while the following season he ended a 30-year wait for domestic honours with victory in the 2019-20 Premier League.

His current contract expires in the summer of 2024, and he admits that what lies beyond that date is still uncertain.

"There's no point in saying anything about that because it's still so long away," he said when asked about a possible extension.

"How am I supposed to know what's going to happen in three years' time? Most people don't even know where they'll be in two, three weeks."

One possibility that has been mentioned is a move to the Germany national team, although he played down that prospect at least as an immediate option.