'He has everything' - Liverpool loanee Brewster firing Swansea towards Premier League 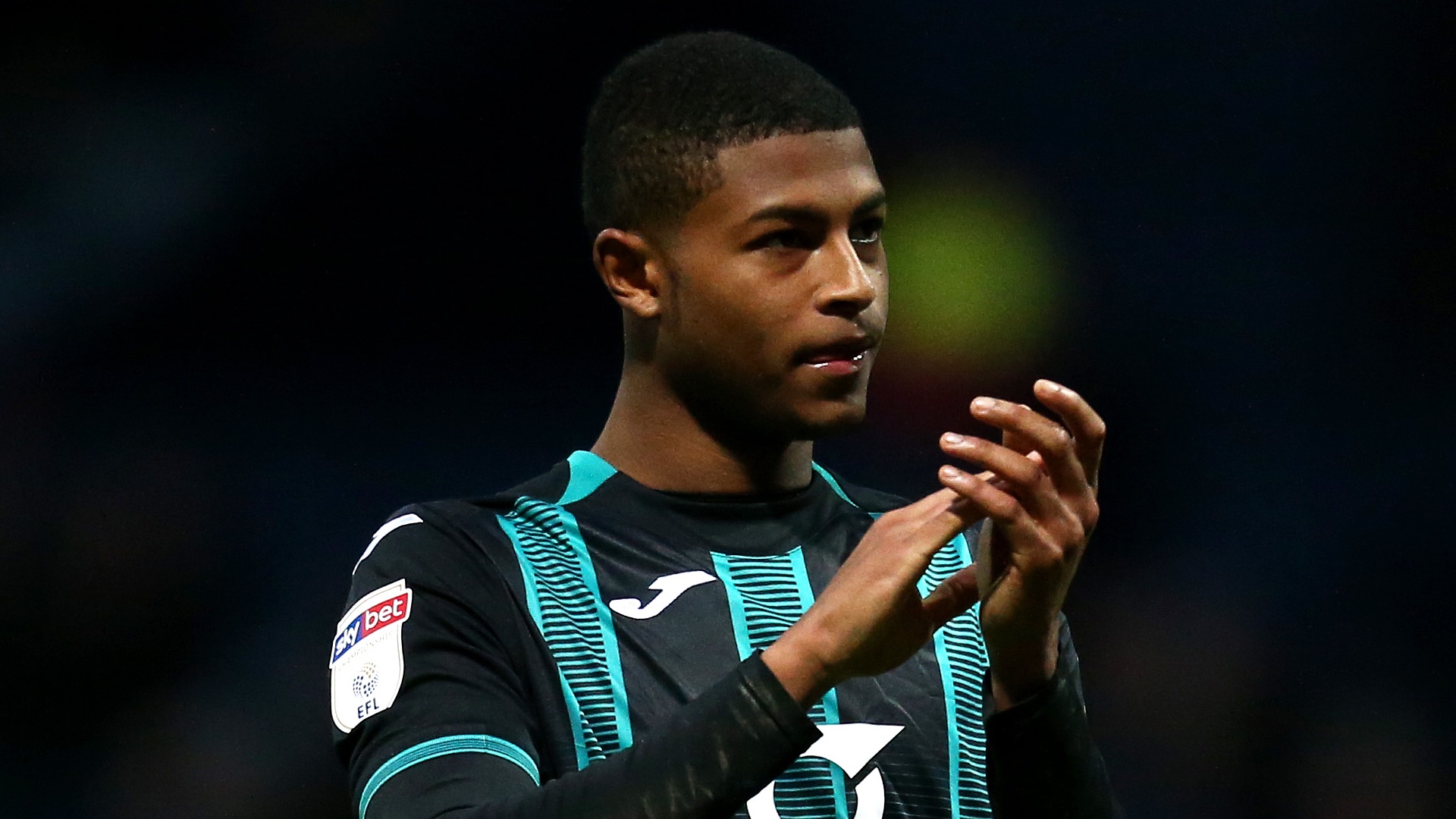 This week hasn’t all been about Liverpool.

As the Reds were preparing to get their hands on the Premier League trophy on Wednesday night, down in the Championship something incredible was taking place.

Heading into the final round of fixtures, Swansea needed a minor miracle. To reach the play-off places they had to win away at Reading and hope that one or both of Nottingham Forest and Cardiff lost their games, at home to Stoke and Hull respectively.

Oh, and if it was to be Forest who lost, then they also required a five-goal swing too.

Easy enough, as it turned out. Swansea won 4-1 at the Madejski, while Forest produced one of the all-time great collapses, conceding three times in the final 17 minutes to lose by the same scoreline. A remarkable end to a remarkable campaign.

It was a Liverpool player who started the drama off. Rhian Brewster’s goals have been vital in keeping Swansea in the hunt, and he set the ball rolling on the final day.

Some goal, too. Picking up possession inside the Reading half, Brewster looked up, advanced a few yards and then unfurled a vicious, swerving strike from 30 yards, which flew past a sprawling Rafael Cabral and into far corner.

It was his 10th goal in 20 games for Swansea - only Said Benrahma of Brentford has scored more in that time - and will have pleased Liverpool, who had challenged him to reach double figures when he signed his loan deal back in January.

Indeed, Reds staff had been just as interested to see how the 20-year-old adapted to the rigours of the Championship calendar. Playing twice a week in a side chasing promotion would be some challenge for a player who, prior to his move, had just three senior club appearances to his name.

There had been five serious loan offers, with Wigan, Preston, Stoke and Huddersfield the other contenders. Liverpool met with each of those sides’ managers, and produced detailed presentations on the pros and cons of each club. Their research was exhaustive.

Swansea were deemed an attractive option, with stats showing they created more chances, enjoyed more possession and that a lower percentage of their passes went long. They were judged a good fit, seeking to play through the lines and asking their No.9 to look to run in behind as well as link the play.

They were also managed by Steve Cooper, who had coached Brewster with England’s Under-17 World Cup-winning side in 2017. Cooper’s intimate knowledge of the striker’s game, his strengths, weaknesses and character, came across in the presentation he made to Liverpool at Swansea’s Fairwood training ground.

The fact that Sam Surridge was being recalled by Bournemouth and that another striker, Borja Baston, was about to join Aston Villa were seen as bonuses.

Brewster had suffered an ankle injury in late-November, missing out on around four weeks of training – and the chance to lead the line at Villa in the Carabao Cup quarter-final. But Liverpool gambled that he would start games immediately, and that in joining a side chasing promotion, with a strong and expectant fanbase, he would learn quickly about playing under pressure.

He did start immediately. His first game was a South Wales derby at Cardiff – a week earlier he had come off the bench in the FA Cup for Liverpool against Everton – and the following weekend he opened his professional account with the opener against Wigan.

He hasn’t looked back. There have been nine more goals, plus one that was all-but-his at Millwall when a superb free-kick bounced off the underside of the bar and went in off goalkeeper Bartosz Bialkowski.

Pleasingly for Liverpool, 19 of his 20 appearances have been starts. His goals have been mixed - seven off his right foot and three of his left, eight first-time finishes inside the box and two strikes from distance – and important. Eight times he has scored Swansea’s first goal in the game.

“He has everything to play for,” says team-mate Andre Ayew. “He has goals, he has speed, he has power, shots and he’s still young.

“He has a few things to improve on, but when we are talking about a pure finisher, a talent in front of goal, he has it all. He has everything a striker needs and that’s very important.

Brewster has benefited from Swansea’s change in system, with Cooper moving to a 3-5-2 in the latter weeks of the campaign. The forward has struck up a good partnership with Ayew, and benefited enormously from the Ghana captain’s presence and experience.

Swansea fans have enjoyed his quality and commitment. There have been five yellow cards to go with his 10 goals – most of them for ill-timed tackles after poor touches. Improving his hold-up play is something Liverpool want to see.

Unsurprisingly, there has already been a ton of interest for next season, with pretty much all of the Championship clubs enquiring, as well as some Premier League outfits.

Liverpool are relaxed. Brewster has plenty of fans at Melwood – Jurgen Klopp included – and has made a positive impression whenever he has trained with the senior side. He will be a Premier League player, that’s for sure.

Swansea, of course, hope it will be with them.

If Cooper’s side are to win promotion, then you can bet your life Brewster will have played a huge role.