The 25-year-old picked up another ankle injury against Man City, but how many games will he miss and is his campaign over?

Tottenham progressed to the semi-finals of the Champions League in spectacular fashion, knocking out Premier League rivals Manchester City through away goals in the second leg, but they had to do so without talisman Harry Kane.

The England international picked up an ankle injury in the first leg which finished in a 1-0 home victory for Spurs and was forced off the pitch early on in the second half.

Kane was absent for the thrilling, breathless return leg at the Etihad Stadium that ended 4-3, but it turns out that they didn't need him. Son was the hero again, scoring two goals in the opening 10 minutes before Fernando Llorente netted in the 73rd minute to seal their progression.

The win secured Tottenham's spot in the semi-finals of the elite European competition, but the absence of their prolific captain will still be a cause for concern for manager Mauricio Pochettino.

Kane is Spurs' top-scorer this season, and their end of the season run-in doesn't get easier. A key second trip to Man City awaits them on Saturday, this time in the Premier League, in addition to a tough double-header against European dark horses Ajax in the last four of the Champions League.

Even more crucially, Tottenham are deep in the race to clinch a top-four spot in the Premier League, battling alongside the likes of Chelsea, Manchester United and Arsenal.

The 25-year-old has already missed a bulk of his season after picking up the same ankle injury in January – an issue that has plagued him for years. Kane, however, did post a recent photo to his Instagram Stories of his foot – unbandaged, and free of a cast. 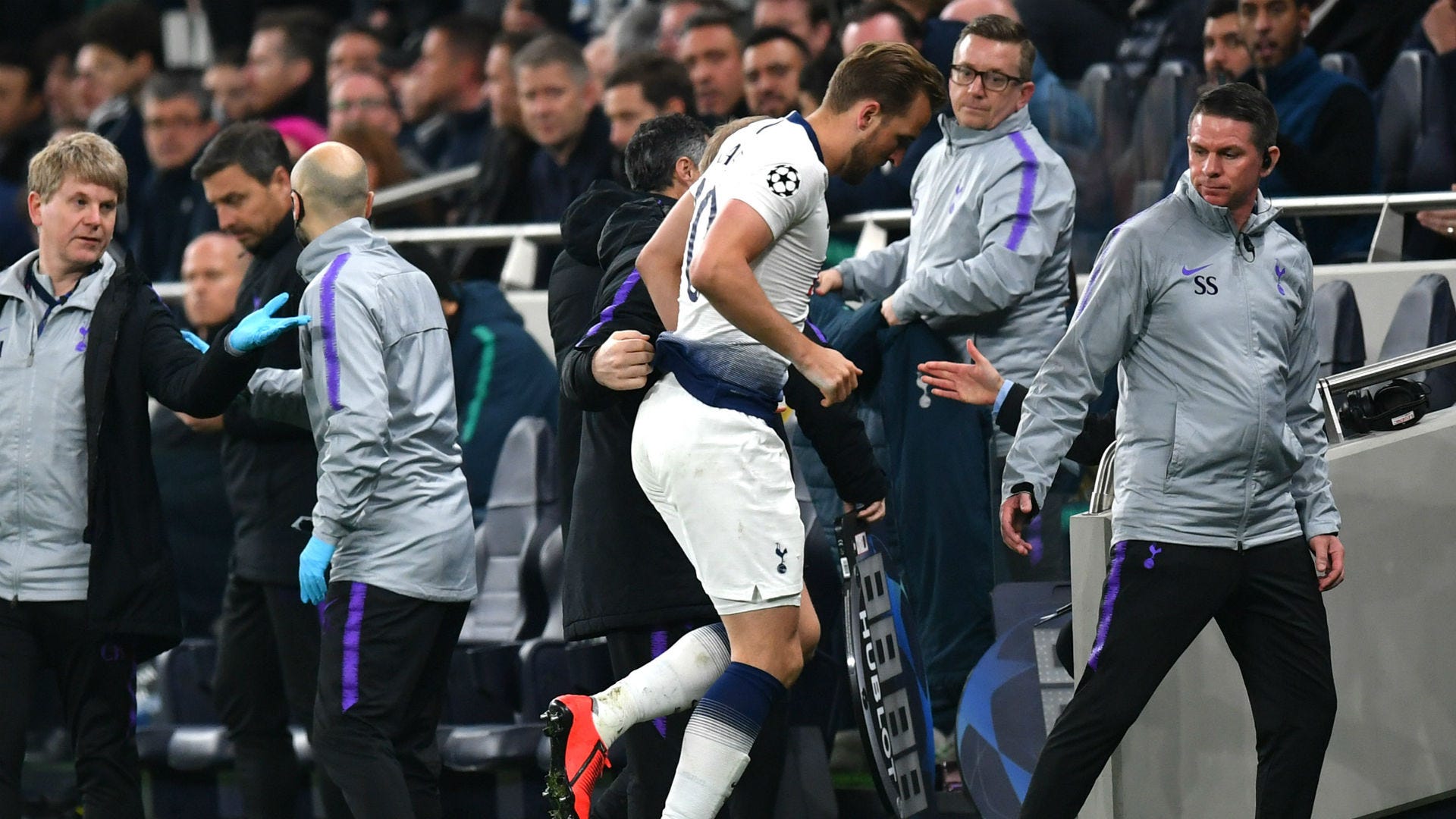 Pochettino didn't do much to quell anxieties about Kane's involvement and hinted that there was a chance that he would be out for the rest of the season – unless they reached the final of the elite European competition.

"He feels sad and disappointed like everyone at the club," Pochettino said ahead of their clash against Huddersfield.

"I was speaking to him before and we need to assess every day to properly answer to see when he can come back to train with the team.

"At the moment it is impossible to give a date. It is a similar injury to the one he suffered last time against Man Utd.

"If we are into the final of the Champions League, maybe he will play but we'll see. We need to assess him but of course, he is not in a great place, which is normal after a few days."

Following Tottenham's aggregate win over Man City, the Argentine then said: "Still, we cannot say nothing.

"We are going to assess him day-by-day, we’ll see. We’re not optimistic but you know Harry Kane and with Harry Kane all is possible.

"We’re not going to say he won’t play again or not, we are going to assess him day-by-day."

And so, if Spurs will be aiming to finish in a top-four position as well as go as far as they can in the Champions League for ultimate European glory, they might have to do so without the help of their star striker.

Which games could Harry Kane miss?