Pep Guardiola described Leeds United as the worst team his Manchester City side could face between Champions League games against Borussia Dortmund.

And, despite playing with 10 men for over 50 minutes, Marcelo Bielsa’s side still managed to prove the Catalan right as the Yorkshire outfit took advantage of their hosts' European distractions to snatch a stunning 2-1 win at the Etihad Stadium on Saturday afternoon.

City's bid for a third Premier League title in four years remains on track, with Guardiola's side still 14 points clear at the top of the table, although second-placed Manchester United now have two games in hand.

However, this was an unnecessary setback, and a dent to the team's confidence ahead of their second-leg showdown with Dortmund on Tuesday night.

It certainly wouldn't have done much for Guardiola's faith in his forwards. City had 29 shots on goal and restricted Leeds to just two – yet they still lost the game. Guardiola will, thus, be praying that his side don't take such horrific inefficiency with them to Signal Iduna Park.

City’s quarter-final sits on knife-edge, after their 2-1 victory at the Etihad in midweek, and cannot afford to blow a similar surfeit of chances against a team containing Erling Haaland.

There only appeared to be one winner when Ferran Torres cancelled out Stuart Dallas’s first-half strike, which arrived just moments before Liam Cooper was shown a red card by referee Andre Marriner for a shocking challenge on Gabriel Jesus thanks to the intervention of VAR.

However, despite utterly controlling the second half, City succumbed to a second goal from Dallas right at the death. 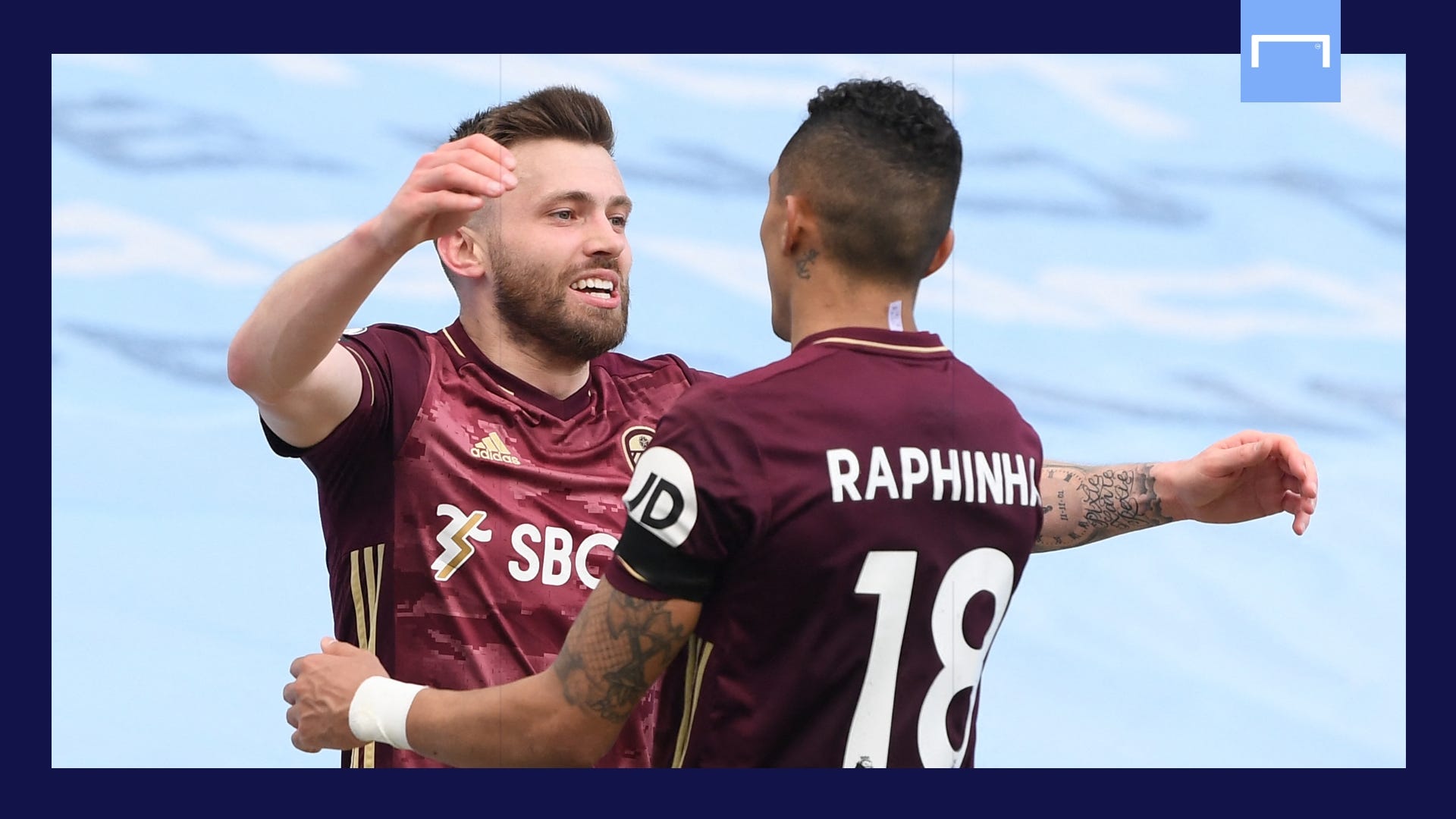 Obviously, some questioned Guardiola's team selection. With one eye on the Champions League, the manager shuffled his deck, making seven changes to the side that had beaten Dortmund on Tuesday.

There was no place in the squad, though, for Sergio Aguero, who suffered another setback with a calf niggle, although it is not expected to rule him out for too long.

Still, it was an unusual starting line-up, with Oleksandr Zinchenko positioned in midfield. However, it was two players likely to start in Dortmund who disappointed most.

Raheem Sterling has found himself out of the starting line-up in recent weeks and he failed to press his claim for a regular recall. The England international was wayward with his shooting and poor with his decision-making in the final third.

At the other end of the pitch, Joao Cancelo has been City's most-improved defender this season but he was culpable for Dallas’s 42nd-minute opener.

The Portuguese full-back failed to cut out Helder Costa’s raking pass and then his weak challenge allowed the ball to fall for Patrick Bamford, who teed up Dallas to score off the foot of the post.

Zinchenko, substitute Ilkay Gundogan and Fernandinho all went close before Torres’ neatly-worked 76th-minute equaliser, as City set themselves up nicely for a late winner.

However, it never came, despite carving out more chances for Bernardo Silva and Jesus, and the hosts were ultimately caught out on the break by Dallas.

Guardiola knew this would be a tough test and hopefully his players now realise that they can't take anything for granted against Dortmund either if they are to realise their Champions League dream.