The Catalan coach witnessed the most crushing of Champions League wins for his side against Bundesliga foes, but claims they made a shaky start

Pep Guardiola has claimed that Manchester City were “scared to play” during the early stages of a Champions League clash with Schalke which eventually saw them run out 7-0 winners.

The Premier League title holders headed into the second leg of a last-16 clash with Bundesliga opponents boasting a narrow 3-2 advantage.

Having seen the likes of Paris Saint-Germain and Real Madrid suffer stunning European exits, City were eager to avoid heading the same way.

In the end they secured a crushing victory over Schalke, setting a new record for the biggest aggregate win enjoyed by an English side in the Champions League along the way.

They did, however, take 35 minutes to open the floodgates and Guardiola says there were signs of nerves at the Etihad Stadium.

He told BT Sport: “It was a clear result. We are happy to get to the quarter-finals. We didn't start that well, we were a bit scared to play. But after it went 1-0, we relaxed and decided to play and be aggressive.

“Of course with the qualification already secured, it was tough for them and we kept a good level. We have a lot of injured players so we want to continue this run and get those players back fit.

“Everyone has to compete with each other to play. They all want to play. Everybody tried to play, be bold and keep going.” 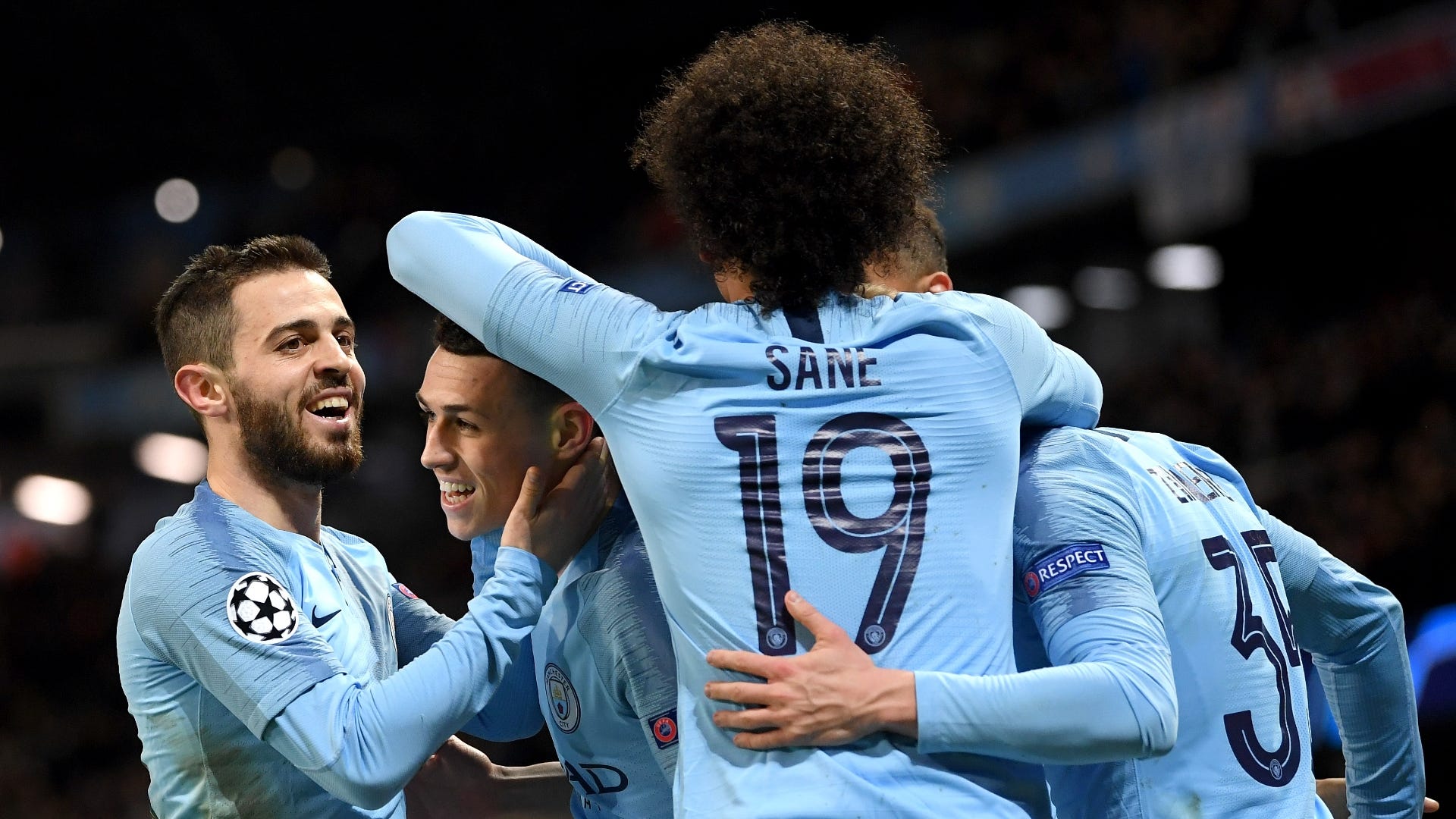 Sergio Aguero got City on their way against Schalke.

He then doubled the Blues’ lead before Leroy Sane, Raheem Sterling, Bernardo Silva, Phil Foden and Gabriel Jesus all got in on the act.

Guardiola’s side ultimately swept aside German opposition with the minimum of fuss, but they did have to put up with several VAR delays over the course of the evening.

Technology worked in their favour, but questions continue to be asked of a process that is being used in the Champions League for the first time and will be introduced into the Premier League next season.

Guardiola said: “They need to be a little bit quicker to make decisions but it is fair.

“The two penalties went against us from VAR in Germany but at the end it is fair. At the end that is what we are looking for.

“Hopefully in the Premier League next season that is what can happen. I am happy with VAR. Hopefully it can be quicker than today.

“I like the teams who deserve to win, go through. Sometimes you don't go through for wrong decisions. It helps referees to make those decisions fairly.”

Having booked their place in the quarter-finals of the Champions League, City will be looking to move a step further in the FA Cup on Saturday when a last-eight showdown with Swansea carries them into the international break.