Guardiola: I knew Man City would win the title in September 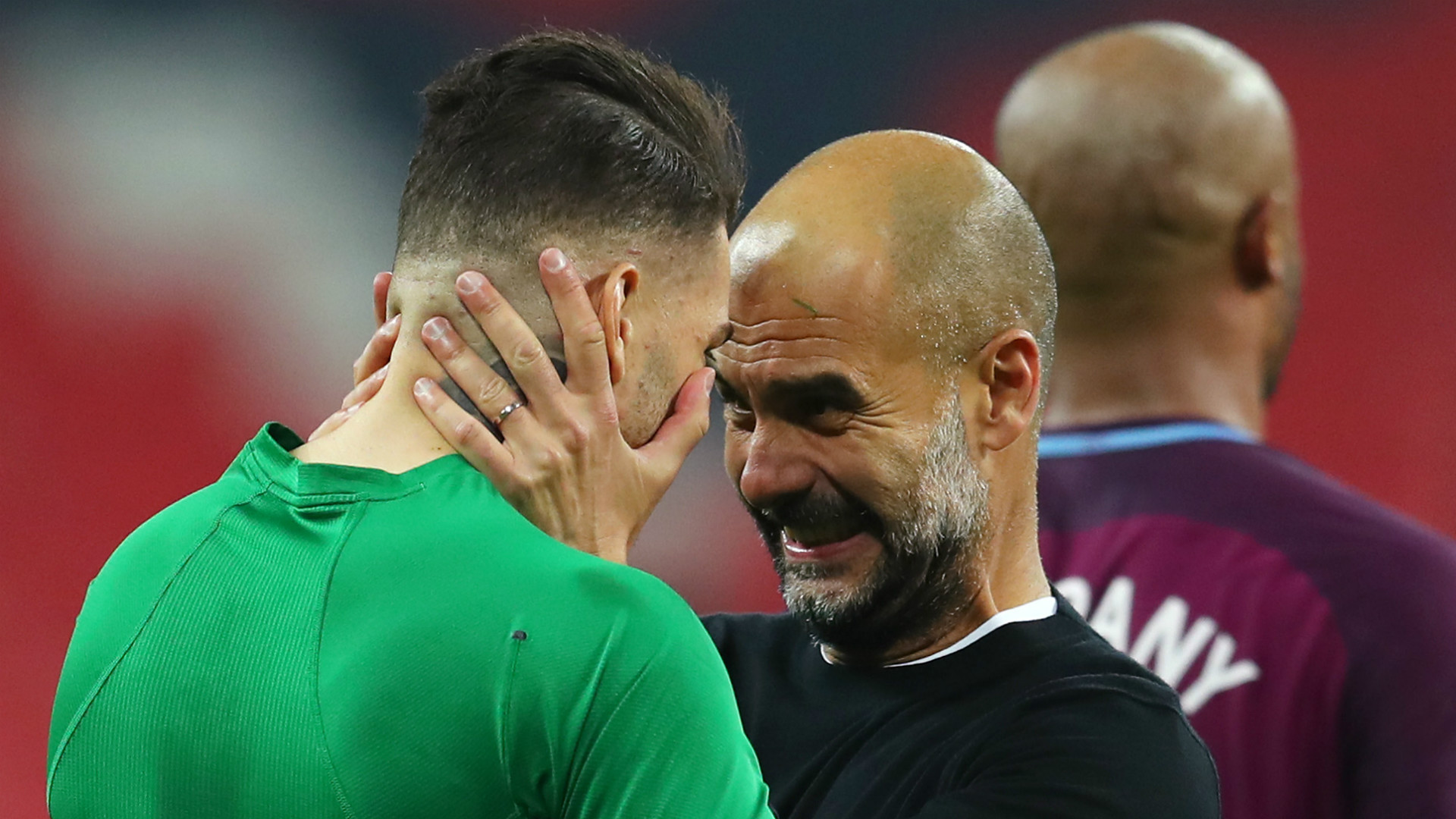 Having seen his side crowned Premier League champions, the Catalan coach claims to have known that success was coming from very early in the campaign

Pep Guardiola claims to have known that Manchester City would be crowned Premier League champions since seeing them beat Chelsea in September.

The Catalan coach saw his side state their intentions early on in 2017/18 , with a 1-1 draw at home to Everton in August followed by a 20-match winning run in all competitions.

That surge carried them clear in the English top-flight , while also making positive progress in the Carabao Cup and Champions League.

Two of those trophies have now been secured, with Guardiola revealing that he knew success was on the cards after overseeing a narrow 1-0 win over the defending Premier League champions on September 30.

He said: “I think winning at Stamford Bridge gave us the confidence that we could do it. Because last season against other contenders we were not so good. We won few games.

“Winning at Stamford Bridge gave us a feeling of, ‘OK, against the last champions, we are able to come here and play.’

“But in general we were so, so stable. And OK, Sergio [Aguero] is a genius, a top player about 30 years old but the other guys are 20, 21 years old, so we won with guys so young.

“Playing in the Champions League at that age, sometimes it is complicated. But maybe it will be a lesson for the future for them and next season.

“Now we have to try [to get better]. If you read what the people say this week we have to improve. But you cannot deny that we were good this season. Every single day.

“To make 18 games in a row winning you have to be mentally strong.

“So sometimes you have to do these kinds of things to think, ‘Wow, we are good. We are good too, like the other ones.’ And maybe that helps us. That is the target. Of course it’s not going to happen next season the same - it’s impossible.

“But that is the target. You have to try to be more consistent next season. It will be more complicated but for the club, the players, all the departments in the club, the people can believe we are good: Manchester City is a good club.

“That will be good.”

City were confirmed as Premier League champions on Sunday, with arch-rivals Manchester United handing them the title after suffering a shock 1-0 defeat to rock-bottom West Brom at Old Trafford.