The ex-Barcelona boss hasn't lifted the European Cup since 2011, but insists it is not the priority at the Etihad Stadium

Pep Guardiola has hit out at his critics over his lack of European success at Manchester City as he suggested that his stint as the club's manager will not be deemed as a failure if he is not able to win the Champions League.

While Guardiola has won the Premier League title four times in the last six years, he has often been targeted by critics for not winning the European Cup.

And now Guardiola has responded to the naysayers by suggesting that he is not the "master of the universe", and that winning everything is not possible.

Is Pep a failure without European success?

Speaking at a press conference ahead of his side's opening Premier League game against West Ham on Sunday, Guardiola said: "People might say it's an excuse, but I'm not here to win the Champions League. The owners didn’t ask me (to win it). Of course, they want it - and I am the first to want it. But it was the same with [Bayern] Munich and with Barcelona, where I won it twice.

“Every year I want to win all four titles. And if I am a manager in 30 or 40 years, I will want to win the Champions League every season. But I didn't feel a failure in the two years at Barcelona and the three with Bayern when we didn't win.

"We want to win it - but at the same time I'm not the master of the universe. We try to do it. We were closer last season - and we will try again this season. But I'm aware how difficult the opponents are and how the competition is so difficult.”

Guardiola's record in the Champions League

Despite his status as one of the greatest coaches of the 21st century, Guardiola's record in the Champions League is relatively modest. 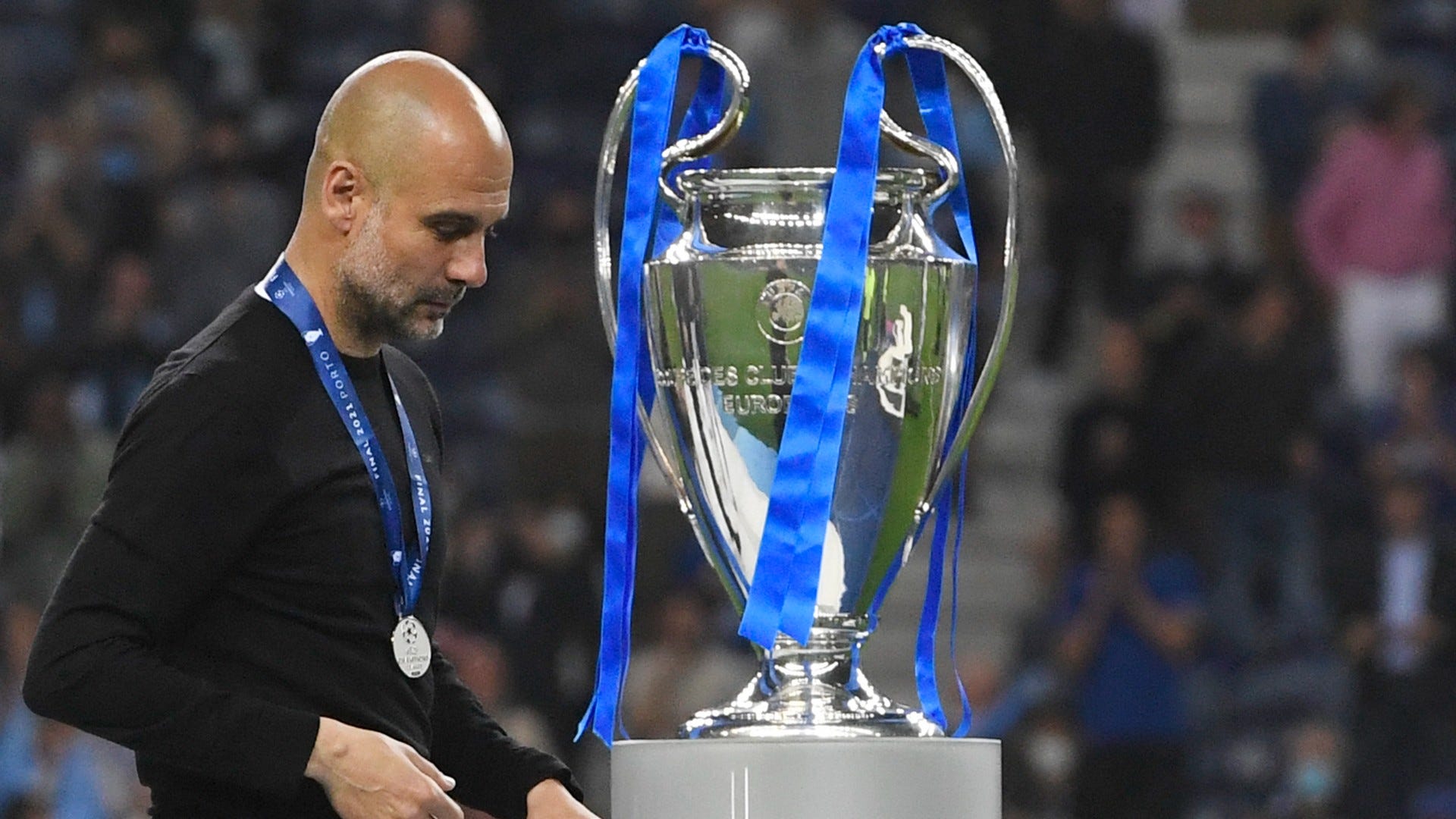 He was labelled 'Fraudiola' by some fans after failing to deliver European success at Bayern Munich, while his time at City has been dominated by questions of whether he overthinks his tactical decisions for major European ties.

That was certainly the case when City were beaten in the final by Chelsea in 2021, as Guardiola opted not to select a natural defensive midfielder and instead played Ilkay Gundogan in what was an unfamiliar role for the Germany star.

Last season, City looked well set to reach a second successive final, only for Real Madrid to score twice late on in the second leg of their semi-final to take the match into extra-time, where Karim Benzema netted to seal victory for Los Blancos.