The midfielder's former youth coach, Brian Tevreden, is not surprised to see the 18-year-old linked with clubs like Manchester United and Barcelona

Ryan Gravenberch is a "better version of Paul Pogba" and will soon sign for one of Europe's elite clubs, according to his former coach at Ajax.

The 18-year-old is already a hugely influential player at the Dutch giants and has played a key role in helping them towards a 35th Eredivisie title this season, as well starring in their run to the Europa League quarter-finals.

The central midfielder has made 33 appearances in all competitions since the start of the campaign, with his performances said to be attracting admiring glances from clubs such as Manchester United, Barcelona and Juventus.

And that is no surprise to Brian Tevreden, the man who promoted Gravenberch to Ajax’s Under 15s team as a 12-year-old before making him his captain.

Speaking exclusively to Goal after Gravenberch placed seventh in NXGN 2021 - the annual countdown of the top 50 teenage footballers in the world - Tevreden described his former player as a mixture between Dutch legend Frank Rijkaard and World Cup winner Pogba.

“Physically, I see Frank in him from back in the day because he’s tall and very strong,” said Tevreden, who left Ajax’s academy in 2016 and took up the role of director of football at Championship side Reading.

“But technically, I would say he’s a better version of Pogba in his best days at Juventus, in terms of his technique and his presence on the pitch. 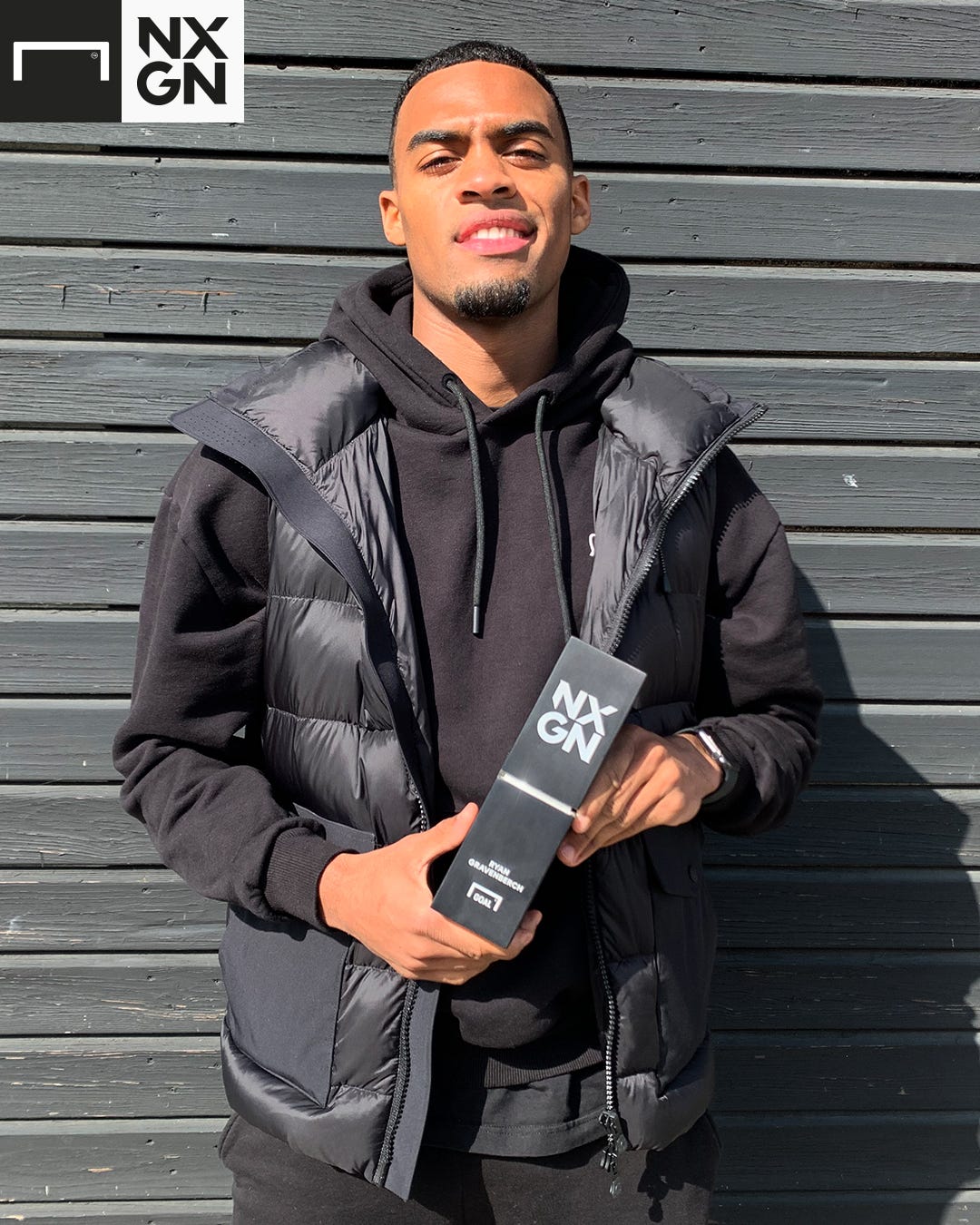 “He’s very dominant like Pogba was, and that’s what I see in Ryan.”

Has Gravenberch always been a top talent?

Tevreden said it was obvious from the moment he first saw Gravenberch play that he was destined for big things.

“I knew him when he was seven years old playing for his local club in Amsterdam,” said the former Ajax coach. “Even in that age group he was unbelievable. You could see that this boy would be a good football player.

“At Ajax, I took him to the U15s when he was 12 years old. Not everyone was happy with me promoting, they thought he was not ready. One of the other coaches said he was young in his mind.

“But for me that was absolutely rubbish, because technically he was really gifted, physically he was strong enough and it was too easy for him in his old age group.

“So I said I want him in the U15s. I made him captain as well and he did fantastic. I remember one the first games he played with me for the U15s he scored a hat-trick in the Super Cup, I couldn’t believe that.”

What records has Gravenbrech broken?

When he made his senior debut against PSV in September, 2018, aged just 16 years and 130 days, Gravenberch became the youngest player to ever play for Ajax in the Eredivisie, surpassing the previous record set by the great Clarence Seedorf by 112 days.

He has gone on to make 50 senior appearances in all competitions before debuting for the Netherlands on Wednesday, despite still being two months short of his 19th birthday.

“He’s a really good player, as you see now in the first team,” said Tevreden. “He is playing exactly the same way as he did in the academy.

“There is no tension when he has the ball. He is not scared, it’s just like he was in the academy and that’s why I like Ryan.”

Could Gravenberch leave Ajax this summer?

Ajax have a long history of selling their top talents, and Gravenberch has been tipped to join the likes of Frenkie de Jong and Matthijs de Ligt in moving for big money to one of Europe’s top clubs.

Manchester United were linked last summer, while Juventus and Barcelona are said to been keeping a close eye on the teenager’s progress.

And Tevreden believes it’s only a matter of time before he is playing for one of Europe’s elite clubs.

“Yes, for sure. I believe that,” he said. “I saw it when Ryan was younger. He is still young, but the next step will be a big club in Europe and I believe he will be a big success over there.”