The former USMNT manager now has another job on his list of failures, stepping down at the Bundesliga club after just 76 days

When Jurgen Klinsmann was unveiled as the new Hertha Berlin head coach in November, the Bundesliga club experienced a media spotlight it had never seen before.

The appointment of the former Germany and U.S. national team coach made headlines around the world, something which was the intention of the club's new investor Lars Windhorst.

Sporting director Michael Preetz called Klinsmann a "man with enormous charisma" at the press conference, with Windhorst watching from afar following his €224 million (£190m/$250m) investment in the club.

Windhorst's intention is to turn Hertha into one of the biggest clubs in the world, something the biggest city in continental Europe has never had. The businessman sees room to grow them into a superclub comparable with other capital clubs Real Madrid or Paris Saint-Germain.

"This is not a crazy idea of ​​mine, but there is an impressive economic logic behind it, which will pay off significantly in the long run," Windhorst told Bild am Sonntag.

"We didn't put any restrictions on this [investment]. Our commitment will be extremely long-term and sustainable."

Even before Klinsmann took his place in the Olympiastadion dugout, Windhorst's investment had helped the club smash their transfer record, more than doubling their previous outlay, to sign forward Dodi Lukebakio from Watford for €20m (£18m/$23m). 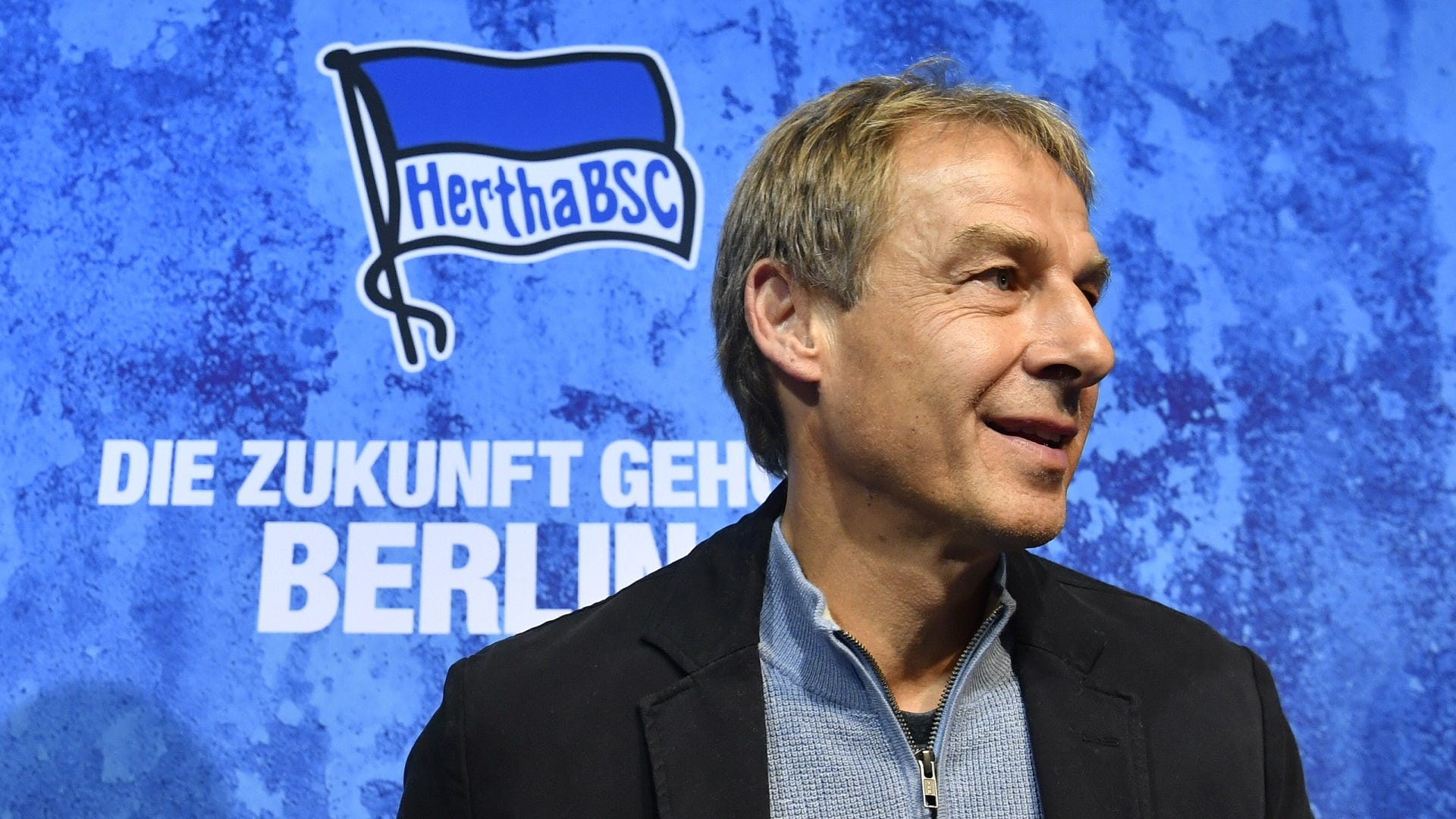 In January, that transfer record was broken again as Hertha spent over €75m (£63m/$82m), more than any other European club during the winter window. Their attack was strengthened with the addition of Krzysztof Piatek from AC Milan and Matheus Cunha from RB Leipzig, while Stuttgart's Santiago Ascacibar bolstered the midfield.

Lucas Tousart is the club's new record signing, but has been loaned back to Lyon for the rest of the season and will move to Berlin in the summer.

These additions further heightened the media attention on Hertha Berlin, but that was eclipsed further when Klinsmann announced his shock resignation on Tuesday, posting a statement on his Facebook page claiming he did not have the backing of the club.

Klinsmann followed his initial statement up with a Facebook Live video, where he expanded on what he meant by his comments, with fans puzzled by the coach claiming not to have the club's backing after receiving €75m of new players.

In German football it is still common for teams to have a sporting director or director of football or a figure of general manager working alongside the head coach – the position traditionally known in English as the manager.

“In Germany, we’re used to having a manager on the substitutes bench at the side of the pitch and that he participates, that he’s there for the players, and keeps the door open for them. I wasn’t used to that anymore," he said.

"I know the English model for a manager – they’re called managers in England, not coaches – has only one job and that’s being the boss of the club.

“They’re different in Germany, where everyone gets to have their say, everyone plays a role, the whole management structure. In the end only one can decide, and I feel it has to be the coach. And we disagreed there. Unfortunately we disagreed on many things.”

Klinsmann wanted to be in charge of off-field matters as well as on-field ones, which caused him to butt heads with sporting director Preetz. Despite the disagreements, which Klinsmann referred to as 'post-war games', he left Hertha in a solid position to secure their Bundesliga status, six points clear of relegation.

"This team is stabilised. We came in and the team was practically in a relegation place, level on points, and now there’s six points difference. The team is stabilised and playing in whole different way to the way we found it.

"The goal for the year is survival, next year the goal is towards Europe. The goals are very important. If you don’t have goals, there’s no point in getting out of bed in the morning.” 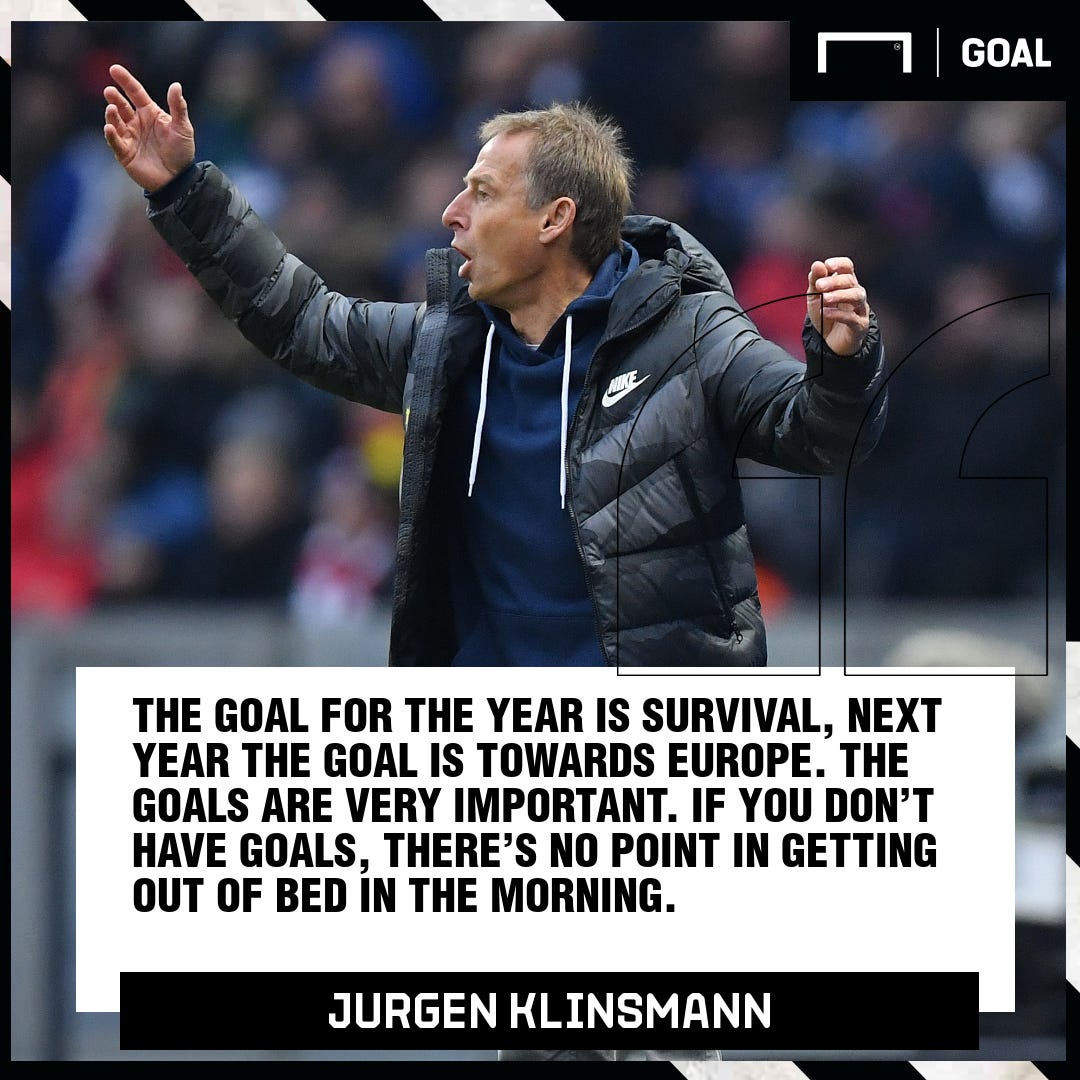 Klinsmann was at the helm at Hertha for just 76 days, winning three and drawing three of his 10 games in charge. His assistant Alexander Nouri has been promoted to interim head coach, which should be a smooth transition for the players as Nouri had taken charge of training sessions under Klinsmann.

Nouri may also be able to solve some of the issues within the squad, where Klinsmann had dropped senior players such as Salomon Kalou, Vedad Ibisevic and Niklas Stark.

This caused problems with squad harmony, where Kalou felt he was no longer needed in Berlin despite playing nearly 150 Bundesliga games for the club.

Hertha legend Erich Beer believes that despite these problems, Klinsmann should have held on, at least until the end of the season.

"Unfortunately there were really disagreements in the team due to the many changes. If things are not going well, you have to become more united and not run away," Beer told Goal and SPOX.

"I was very surprised by the resignation, since new players had recently been bought and discussed on the international stage."

Now Hertha are left looking for another new head coach, as well as a new board member, as Klinsmann has also stepped down from that role at the club.

Luckily for them, thanks to Windhorst's investment and the new player additions, Hertha Berlin is now a project that many coaches would love to take on.