Gavi: La Masia wonderkid set to be the future of Barcelona's midfield 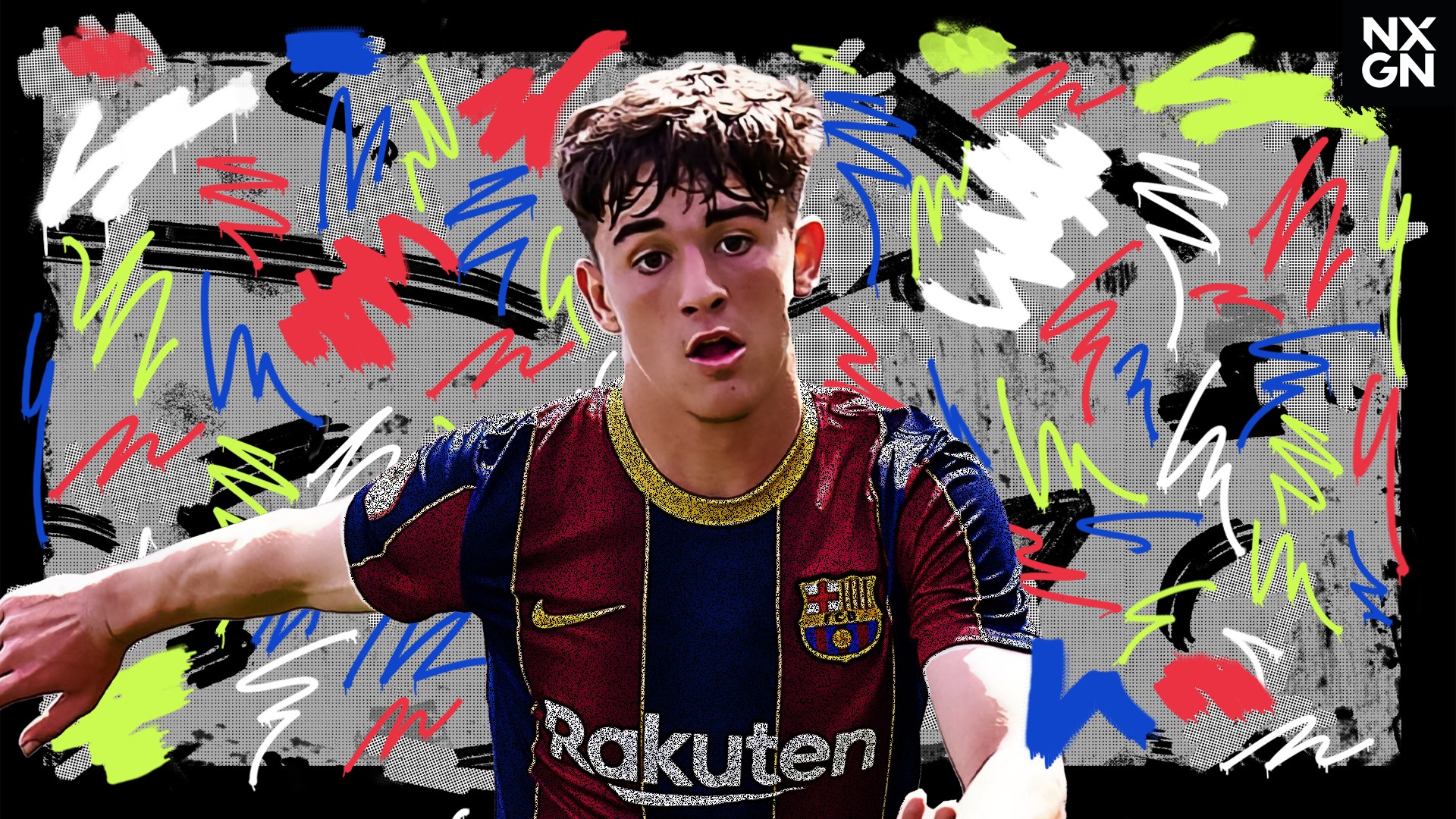 With the improvements shown by Frenkie de Jong and the emergence of Pedri, the 2020-21 season at least offered hope that the future of Barcelona's midfield is in solid shape.

Following the departures of Xavi and Andres Iniesta, the Blaugrana have struggled to provide the creativity required from the middle of the pitch to help serve Lionel Messi and his fellow attackers.

The aforementioned duo were, of course, products of La Masia, while De Jong and Pedri were purchases, even if both were bought at relatively young ages so they could be moulded by the Blaugrana.

There is, however, a truly homegrown midfield talent emerging in Catalunya who could be set to slot into the starting XI at Camp Nou over the next few years.

"I am a technical player, agile and who arrives into the penalty area," the 16-year-old said of his own game, though he could have been describing any number of players to emerge from La Masia over the years.

What makes Gavi stand out, though, is that he is so far ahead of his peers when it comes to his development.

He has already made his debut for Barcelona 'B' in the third division of Spanish football, and by the time he turns 17 in August, he is expected to become a permanent member of their squad.

Gavi has come a long way in the five years since he arrived at Barca, having been plucked from Real Betis' academy structure at the age of 11.

A native of Los Palacios y Villafrance, a small town around 30 kilometres outside of Seville, Gavi immediately stood out for his technical excellence and physical strength.

"He is so technically gifted," Franc Artiga, a former coach of Gavi's at La Masia, tells Goal. "He is capable of changing a what he is about to do in tenths of a second, and improvising under any circumstance of the game.

"It is very difficult to find a player with these abilities, and with this speed of execution."

Gavi's ability, as well as his growing stature, meant he went straight from playing Under-17s football last season to the U19s, missing out a whole age-group all together in a move that very rarely happens at Barca's famed academy.

“Physically, this year he has evolved a lot," Artiga continues. "He has made the change and is now a very strong player.

"This physique complements his technical quality and decision making. He now has the quality to protect the ball. His lower body helps him and has made him more competitive in the youth teams."

If there is one criticism Artiga can find in Gavi's game, though, is that sometimes he wants to win too much, when being a young player is more about developing yourself both on and off the pitch.

"He  is hypercompetitive," Artiga says. “He is one of the most competitive players I know. That is something you have to stabilise.

"He has improved a lot in the control of his emotions. He is always on top of them, while keeping a winning mentality until the last minute. He still, though, has room for improvement in this."

All that growth led Gavi to his debut with Barca 'B', coming on as a 77th-minute substitute against L'Hospitalet in February.

Despite not being given long to impress, he still managed to hit the woodwork late on, with his performance enough to convince coach Garcia Pimienta to start him against Espanyol 'B' less than a month later.

“I knew he would do well," the 46-year-old said following Gavi's debut, "but we must be mindful of him.

"Whenever we need him, he will do well with us, but we have to be patient."

Despite knowing the talent that Gavi possesses, Artiga agrees.

“You don't have to run," he says. "Sometimes we rush to put players in higher categories when they have not reached their full maturity.

"He plays and executes on instinct. More experience will help him be able to read the game, and not act so much on instinct. We have to be patient, we have to let him reach certain objectives.

"If we do things well and have a good environment, we will have Gavi for many years."

That is music to the ears of Barcelona fans. A new homegrown midfield star is exactly what the Camp Nou faithful crave.