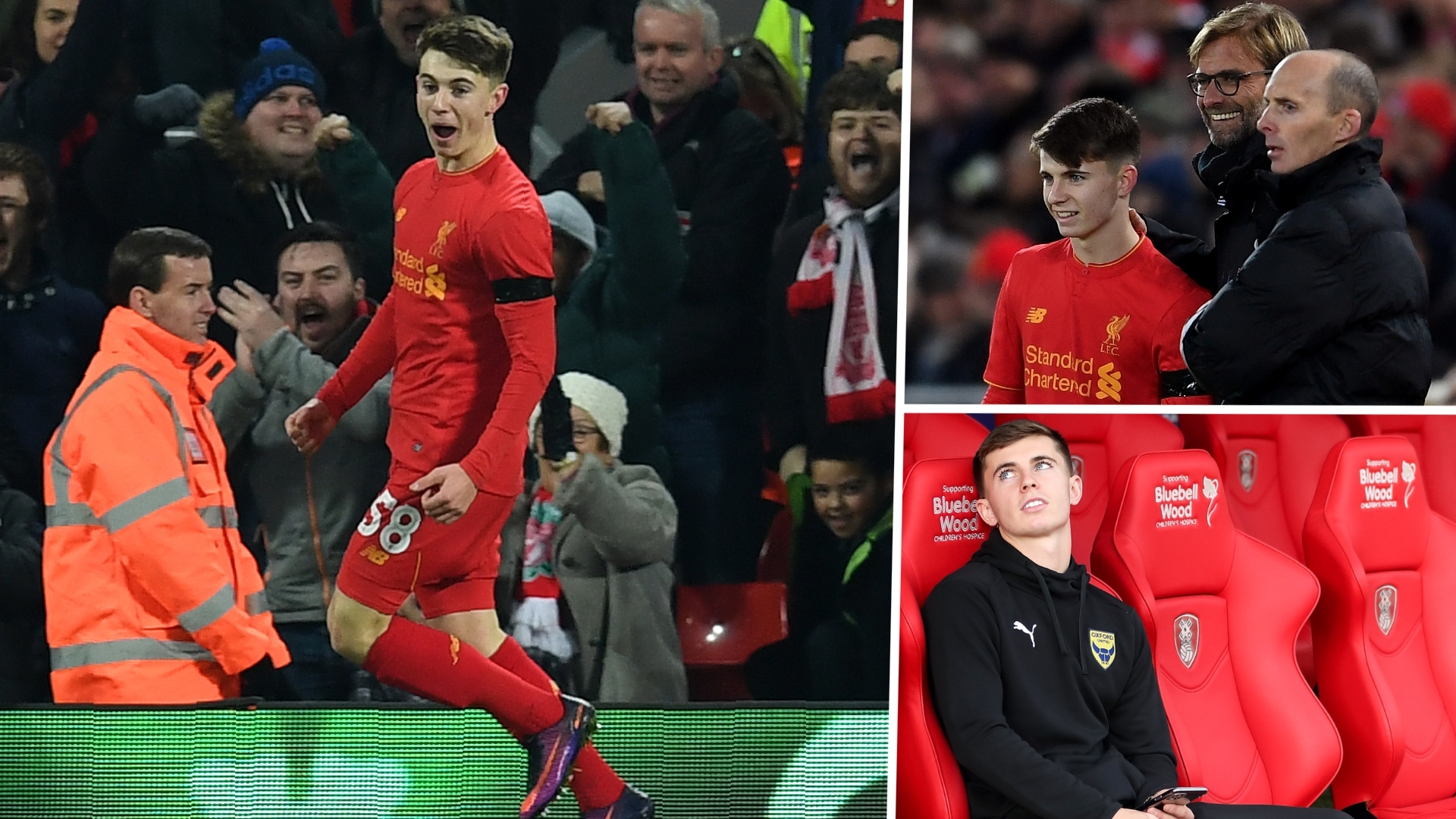 The smile could have lit up the Albert Dock.

Wide-eyed and disbelieving, Ben Woodburn stretched out his arms and headed towards the Kop. The face said it all.

“Did that really just happen?”

He had just made Liverpool history. At just 17 years and 45 days, and in just his second professional appearance, he had become the club’s youngest ever goalscorer, breaking the record set by Michael Owen 19 years previously.

That League Cup quarter-final was, until Saturday, the last time Liverpool and Leeds had met in a competitive fixture, but as the sides renewed rivalries in the Premier League at Anfield last weekend, Woodburn was nowhere to be seen.

Instead, he would turn out the following day, captaining the Reds’ Under-23 side in their season opener against Everton at Kirkby.

Four years into his senior career, this is not where Woodburn – or, for that matter, Liverpool – imagined he would be.

He is expected to go out on loan this week. Sparta Rotterdam are favourites to sign him, but Goal understands that Hull City have shown strong interest too. Liverpool, privately, would prefer him to go to the Eredivisie than to League One. They believe he is better suited to the league.

Either way, his career will continue away from Merseyside.

Alex Inglethorpe, the Reds’ academy director, once suggested he had the potential to make “hundreds” of appearances for the Reds’ first team but, in truth, it is hard to see him adding to his current tally, which stands at 11.

Against Everton, he lasted just over 70 minutes before being replaced by Elijah Dixon-Bonner.

There was the odd flash of quality – one pass with the outside of his foot to Jack Bearne in particular stood out – but little else to show that this was a player once rated alongside, or perhaps even above, Trent Alexander-Arnold in terms of first-team potential. Frankly, he looked like a run-of-the-mill Under-23s footballer.

Clearly, Woodburn needs games and he needs confidence. He will be 21 in October, and has so far accumulated only 35 professional club appearances.

Alexander-Arnold, by way of comparison, has managed 135 while Ovie Ejaria, who is two years older but emerged at the same time, has 103. Ejaria left Liverpool permanently this summer, joining Championship club Reading.

A little more luck for Woodburn would not go amiss. This will be his third loan, and the other two have, for one reason or another, ended in disappointment.

He made just eight appearances at Sheffield United, then in the Championship, during the 2018-19 campaign. Only two of those were starts and in the second, against Norwich, he was substituted at half-time.

He had signed a season-long deal but, unable to even get on the bench at times, he returned to Liverpool in January. Without him, the Blades went on to win promotion to the top flight.

Last season, the decision was taken to loan Woodburn to Oxford in League One. Their manager, Karl Robinson, was a fan, with a decent reputation both for developing young players – Dele Alli flourished under his guidance at MK Dons – and for attractive, attacking football too.

Woodburn began well enough at the Kassam Stadium. He started games, scored his first senior league goal away at Bristol Rovers and, by October, was starting to influence the play with his touch, awareness and decision-making. He had settled, on and off the pitch.

Then, came the nightmare.

A tackle from Callum Johnson, the Accrington Stanley defender who has since joined Portsmouth, left Woodburn with a broken bone in his foot. He would be out for up to 12 weeks, his momentum checked at the worst possible time.

He returned to Liverpool for treatment, and was ahead of schedule in his recovery when he participated in a training match at Melwood in December and suffered an almost-identical injury, this time to his other foot.

“He was distraught,” Robinson said. "It's so frustrating because he was so close."

The coronavirus lockdown, of course, meant it would be another six months before he could play again. He returned for Oxford’s play-off matches against Portsmouth, scoring as the Us won a tense penalty shootout in the semi-final second leg, but he would be left on the bench for the final, emerging only for the dying seconds as Robinson’s side were beaten by Wycombe at Wembley.

The hope is that a fresh loan, and fresh surroundings, will reinvigorate him. Woodburn returned to Liverpool in August but it was to Kirkby, rather than Melwood.

While the likes of Curtis Jones, Neco Williams and Harvey Elliott are establishing themselves as first-team players, the Wales international – he has 10 senior caps and two goals, including one on his debut against Austria – has been left behind. He’s only 20, but this already feels like a big summer, and a big loan, for him.

Academy staff, it should be said, have had no complaints regarding his fitness or attitude. They never have. He has a lot of fans at Liverpool, whom he joined as a seven-year-old, even if his star has not shone as brightly as many hoped it would.

The likes of Inglethorpe and Barry Lewtas cannot speak highly enough of him. Even at Sheffield United, where it didn't work out for him, he is remembered fondly by staff and players.

He’s a young man with a lot of talent, who needs an opportunity, a bit of confidence and a slice or two of luck.

Hopefully, it won’t be long before he’s smiling again.