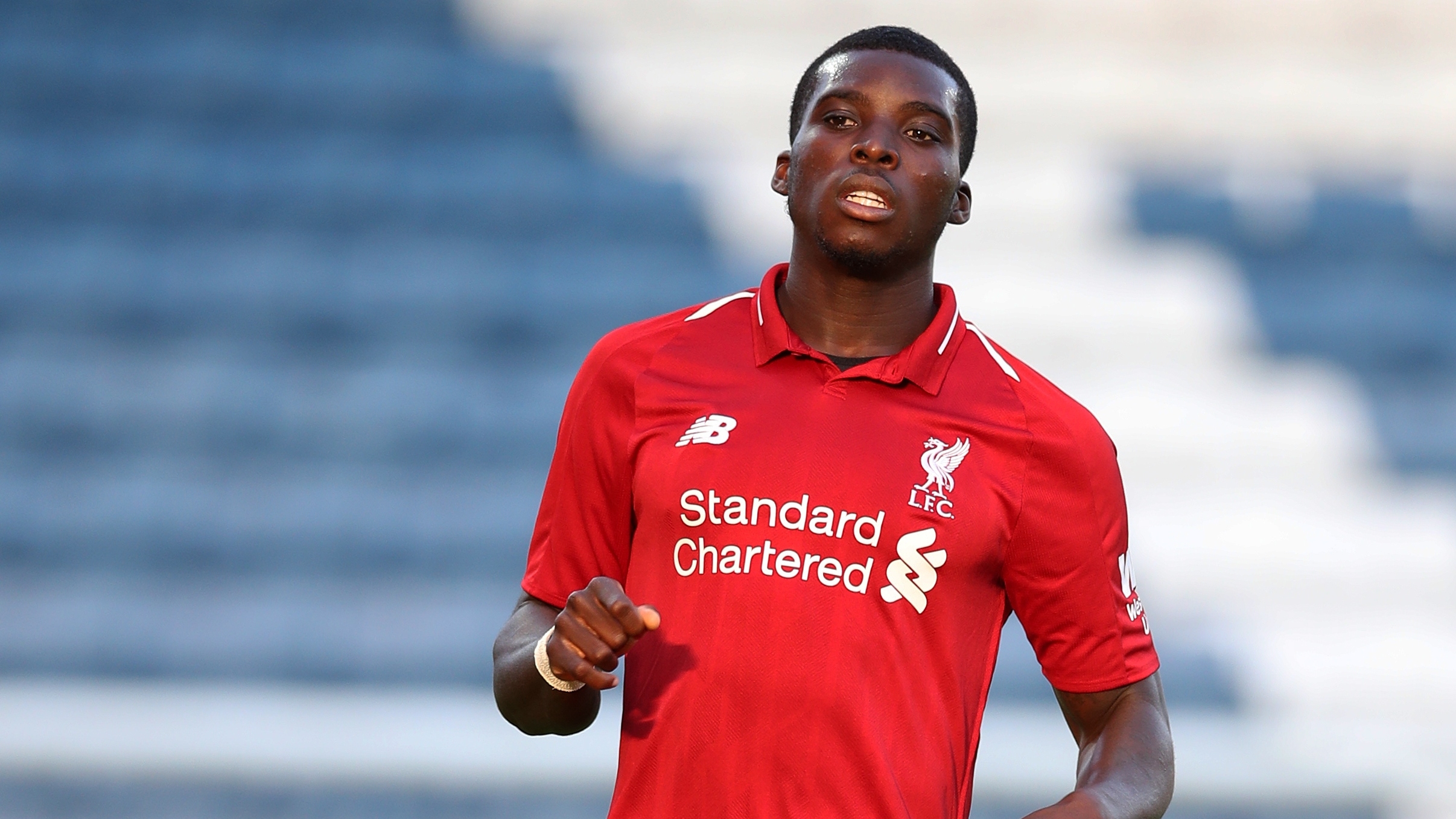 Sheyi Ojo could have had Monday night to himself.

Instead, he chose to spend it in the modest surroundings of Southport’s Pure Stadium, playing for Liverpool’s under-23 side against Everton.

A worthwhile exercise, as it turned out. Ojo scored the Reds’ opening goal in a 3-1 win, his performance and attitude earning plaudits from manager Barry Lewtas.

“He came to me and said he was keen to play,” Lewtas said afterwards. “That shows where his mindset is, and the motivation he has.

“He’s not had 90 minutes for a long time, so it was important for him. And he didn’t want to come and just stroll around, he wanted to come and give it a go, and he really did.

“I was really pleased with him.”

It is fair to say that, having turned 24 in June, this is not where Ojo wants to be, turning out as an overage player in a Premier League 2 fixture.

This, after all, is someone with more than 150 senior games under his belt, and one who has represented England at every level up to U21s.

But having spent the past four seasons out on loan at Fulham, Reims, Rangers and Cardiff, Ojo has found himself in a strange position this summer.

He wasn’t needed by Jurgen Klopp for the senior squad’s pre-season camps in Austria and France, and so has instead spent the past seven weeks training and playing with the U23s, a team he thought he’d outgrown years ago.

It is more than five and a half years since Ojo made his senior Liverpool debut, appearing as a substitute in an FA Cup third-round tie at Exeter in January 2016. Twelve days later, in the replay, he scored at Anfield in front of the Kop, and by the end of that campaign he had started five times in the Premier League.

He was just 18, and one of the club’s brightest young stars.

That summer, he headed off with Jurgen Klopp’s senior squad on their pre-season tour of America, but suffered a back injury that would sideline him for months. He featured just twice in the 2016-17 season, the last of his 13 Reds appearances coming against Plymouth in the FA Cup.

He knows he needs to move on now, and is expected to do so before the transfer window closes next week.

Liverpool haven’t been short of enquiries. Werder Bremen asked about him last month while his agent, Emeka Obasi, is understood to have fielded calls from Belgian and Greek clubs in recent weeks. The question is whether any of them will meet Liverpool’s asking price, believed to be in the region of £5 million ($6.9m).

The Reds have managed to offload a host of fringe players this summer, including the likes of Harry Wilson, Taiwo Awoniyi, Marko Grujic and Xherdan Shaqiri, but they are aware that the market, particularly on the continent, is still feeling the effects of the coronavirus pandemic.

Ojo, who joined Liverpool from MK Dons as a 14-year-old, still has two years left on his contract, and the Reds view him similarly to both Grujic, who moved to Porto for £10.5m ($14.4m) last month, and Wilson, who joined Championship promotion hopefuls Fulham in a £12m ($16.5m) deal.

Basically, another loan deal is of little use to anyone; it is time he found himself a permanent home.

To his credit, Ojo has handled himself impeccably this summer. His situation is far from ideal, and Liverpool appreciate that, but there have been no complaints from academy staff about his professionalism or focus.

“His attitude has been first-class,” says Lewtas. U23s captain Tom Clayton, meanwhile, describes him as “an example to everyone” in the way he has trained.

It seems inevitable that Ojo will be gone by the time the window closes on August 31. He will hope to follow in the footsteps of youth team peers such as Wilson, Ryan Kent (Rangers), Sergi Canos (Brentford) and Pedro Chirivella (Nantes) by going on to enjoy a stellar career away from Anfield.

He certainly has the talent to.