After enjoying a meteoric rise to the top, which saw him capped by England at 18, the winger is now struggling for game time at Stamford Bridge

Callum Hudson-Odoi has yet to see a minute of Premier League game time this season.

This is a remarkable statistic for a player that made his Chelsea debut under Antonio Conte at just 17 years of age.

Shortly after making his Blues bow, he became the youngest player to make his first appearance for England in a competitive match, aged 18 years and 135 days, thus breaking the record set by Manchester United legend Duncan Edwards in 1955.

At that time, German giants Bayern Munich were also doing their utmost to persuade the winger to move to the Allianz Arena, which only served to further underline just how highly Hudson-Odoi was rated.

However, while he is still only 20 years of age, there's no denying that Hudson-Odoi's career has stagnated over the past 18 months.

He struggled with Frank Lampard's 'tough-love' approach at Chelsea, and his first-team prospects have only worsened following the appointment of Thomas Tuchel in January.

Indeed, Hudson-Odoi has started just two of the Blues' last 17 games, with the Cobham academy graduate completing just 178 out of 1560 available minutes in that time.

Despite having a good pre-season, albeit split between various positions, Tuchel again relegated Hudson-Odoi to the bench, resulting in Hudson-Odoi being an unused substitute in the first three games of the new Premier League season.

Consequently, Hudson-Odoi asked to be allowed to leave on loan during the final days of the transfer window, not least because Borussia Dortmund had registered an interest in signing him to replace the Manchester United-bound Jadon Sancho earlier this summer. 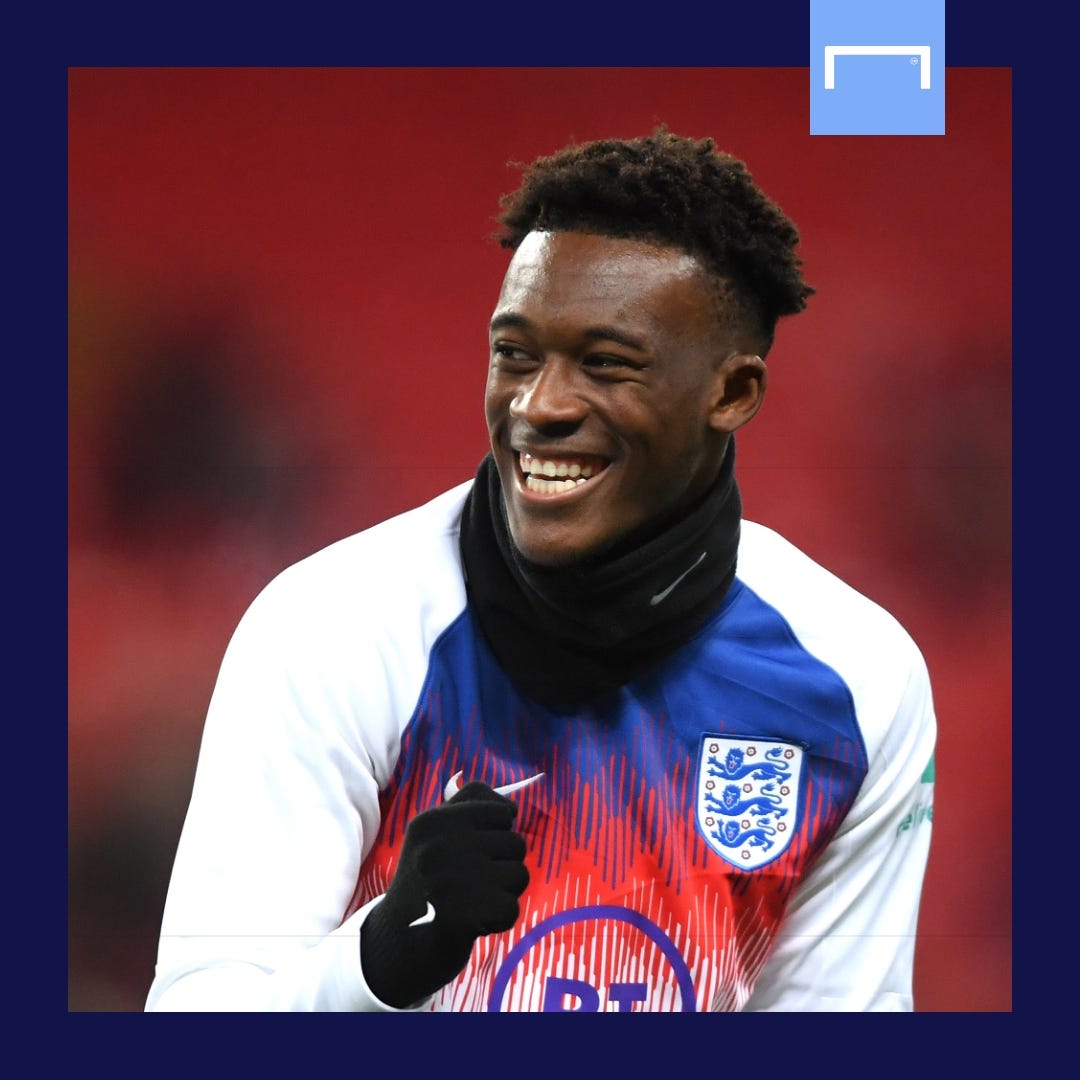 However, even though the Bundesliga outfit are renowned for developing young talent, Tuchel blocked the move because he didn't want to weaken his squad.

"It’s hard to argue with this opinion that he needs regular game time to improve his personal level," Tuchel said last week. "At the same time, it’s not only about letting players go.

"Today, we are missing only Christian Pulisic and Kurt Zouma, for example, but we have only 17 regular players from last season. So, if we want to compete in all competitions, it’s also about numbers.

However, one of Hudson-Odoi's primary problems is his limited ability to play at wing-back. Having earned plaudits for his initial efforts to adapt to the role, he soon began to struggle away from his preferred spot on the left wing.

Tuchel, though, has made no secret of the fact that Hudson-Odoi has fallen down the pecking order.

"He had a very, very good pre-season, of course, we are very aware that he is fighting for an offensive position, more than maybe the wing-back position," he explained. "And if you do the maths, you end up with a lot of guys for the three offensive positions. 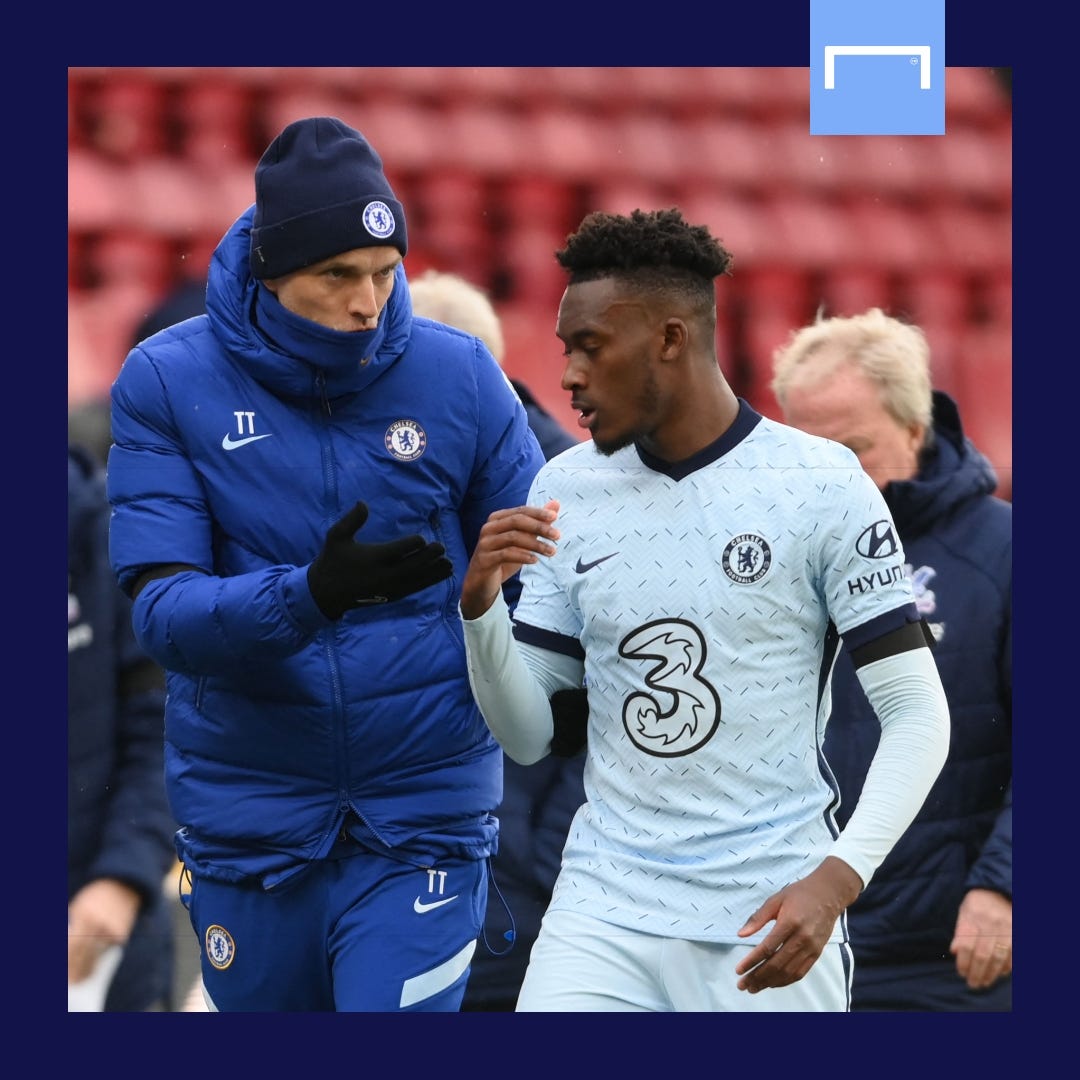 "He fights against a lot of guys with a lot of quality and with a bit more regular game time and more consistency. It is very hard for him. This is what I agree with, but we don’t have to feel sorry for him.

"Once the door is a little bit open, we demand he puts his feet in between it and he makes his mark. This can happen any time."

With his hopes of a loan move scuppered, then, the onus is clearly on Hudson-Odoi to get to grips with precisely what his manager wants from him.

Back in February, he was taken off after 76 minutes against Southampton despite only having been introduced as a substitute at half time, with Tuchel explaining afterwards that he wasn't happy with Hudson-Odoi's "energy", "attitude" or "counter-pressing".

Of course, one would argue that the only way Hudson-Odoi will learn is by playing regularly and the likes of Reece James and Mason Mount both benefited enormously from loan moves.

It's also worth remembering that Chelsea have just allowed Billy Gilmour to join Norwich for the coming campaign, as they feel his development would be best served by regular game time.

Perhaps the Blues should have done likewise with Hudson-Odoi. After all, if Tuchel felt his squad would have been short on attackers, they could have signed another one, or allowed Ruben Loftus-Cheek to take his place.

If they were worried about cover at wing-back, they could have decided against allowing Davide Zappacosta to join Atalanta.

At the end of the day, youngsters like Hudson-Odoi can only be back-up options for so long before it starts to hinder their progress.

A player that should have been Gareth Southgate's plans for Qatar 2022 didn't even come close to making the England squad for the latest round of internationals, which only serves to underline just how much Hudson-Odoi's stock has fallen over the past year.