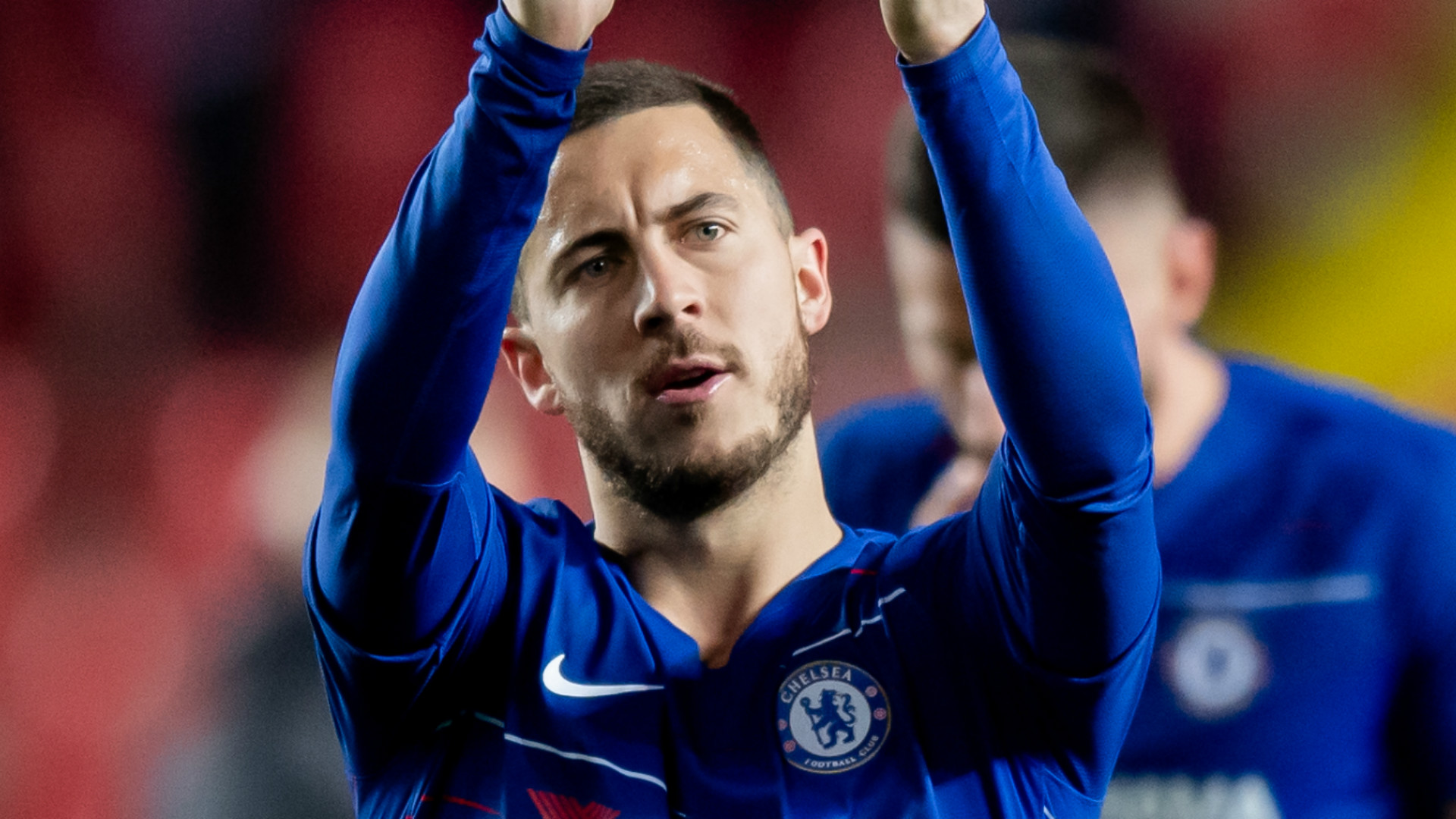 Chelsea star Eden Hazard admitted he is pleased Zinedine Zidane has returned to Real Madrid, though he declined to address questions over his future as “another month with Chelsea” awaits.

After the brief failed tenures of Julen Lopetegui and Santiago Solari saw Madrid lose sight of Barcelona in La Liga and eliminated in both the Champions League and Copa del Rey, the club returned to Zidane, enticing the France legend back for a second stint as the Blancos boss.

And Hazard, a self-professed “supporter of Zidane” says he was pleased to see the legend return, citing how good it is for football and the club’s supporters, though he did note it will make life harder for other teams.

“I am not a Real Madrid player but as a supporter of Zidane, I was very happy that he came back because football needs Zidane,” Hazard told RMC Sport. “For Real it is good, for the supporters of Real it is good.

“But for the other teams, a bit less because Real Madrid with Zinedine Zidane win a lot, so it will be difficult.”

Such comments will no doubt fuel reports Hazard is again looking for an exit from Stamford Bridge to join Madrid.

The star man spoke of his desire to join the Liga giants before the World Cup, and has thus far not committed to a new contract, meaning he can depart the Blues after the end of next season.

Earlier this week, Goal reported that Hazard has his heart set on a move to Madrid this summer, leaving Chelsea powerless to stop him from leaving.

But Hazard said he was not interested in discussing what the future holds as the club chases a Champions League place – either through the Premier League top four or through victory in the Europa League, saying he has “another month” with the club.

“My future is not something that I want to talk about right now,” Hazard added.

“There are rumours left and right but for me, I have another month with Chelsea. And the end of the season it could be wonderful if we win the Europa League and qualify for the Champions League for next year.

“We will have to give our all and after that we will see what will happen.”

Hazard and Chelsea did take another step toward a Europa League crown on Thursday, with the Belgium international coming off the bench in a 1-0 away victory against Slavia Prague in the first leg of their quarter-final tie.