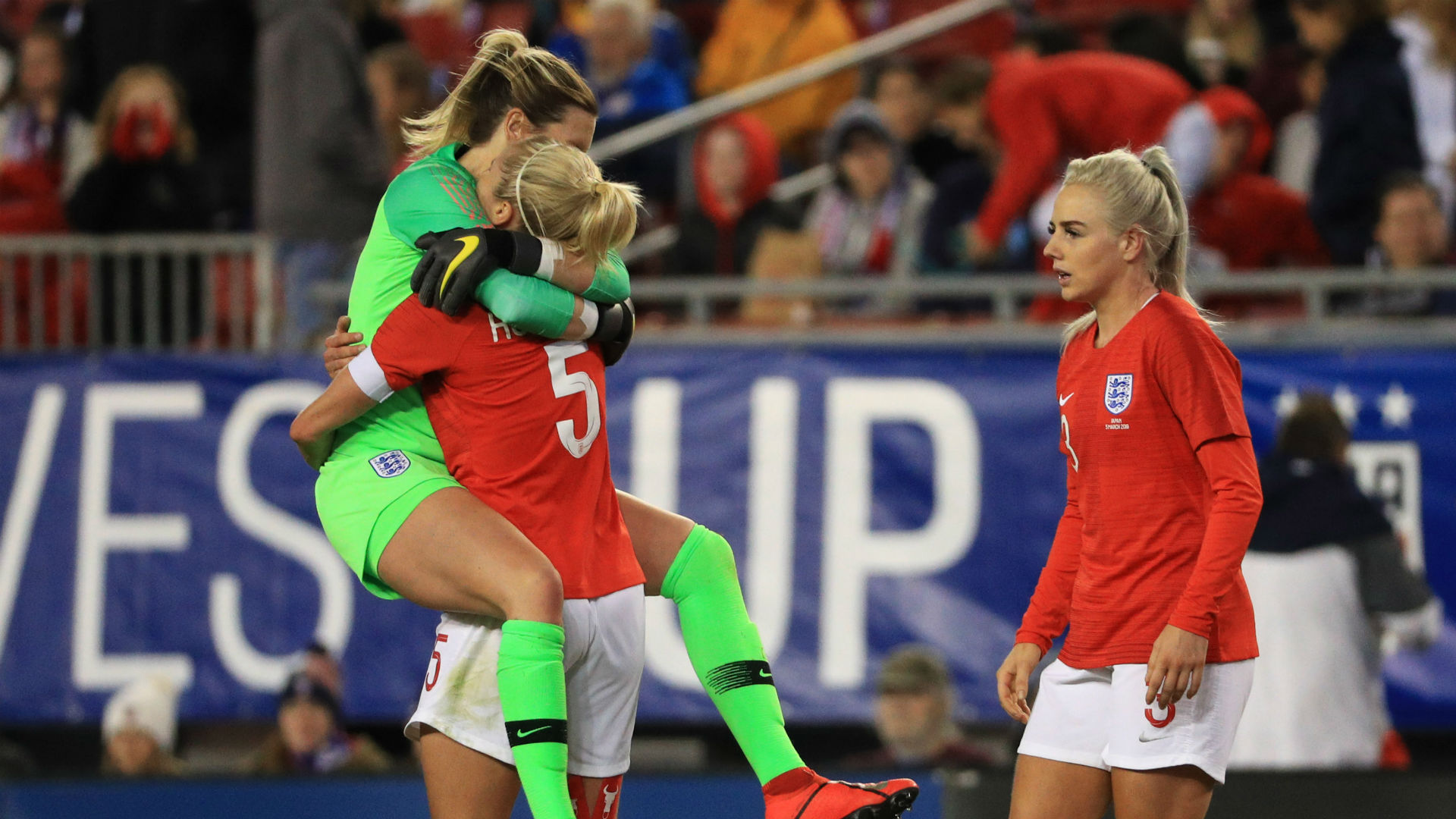 A 3-0 win over Japan was enough for the Lionesses to claim the 2019 SheBelieves Cup title, with the host nation topping Brazil to finish second

The England women's national team claimed the 2019 SheBelieves Cup title with a 3-0 win over Japan on Tuesday.

The two sides entered the night knowing that a win for either in their contest would be enough to earn the 2019 crown, with the U.S. women's national team having drawn each of its first two matches.

England opened the competition with a 2-0 win over Brazil and followed that up with a 2-2 draw against the USWNT, while Japan had opened with a draw against the USA before topping Brazil 3-1 on Saturday, leaving both outfits sitting on four points in the round-robin tournament heading into the finale.

But the Lionesses took control early in Tuesday's contest and never looked back, cruising to a comfortable win over the Asian nation and marking themselves as a contender for this summer's Women's World Cup.

Lucy Staniforth opened the scoring just 12 minutes in and Karen Carney followed that up just over 10 minutes later as England broke the match wide open. Beth Mead added a third on the half-hour mark and Japan never managed to muster a response.

The result left second place up for grabs in Tuesday's late contest, with the USWNT needing a win over Brazil to finish ahead of Japan in the standings.

And for the third time in three matches the USA took a lead, Tobin Heath continuing her hot form to break Brazil's resistance 20 minutes in.

What a counter by the USWNT! ⚽️

Tobin Heath puts in the rebound with a clinical finish for the 1-0 lead after Morgan's shot is saved. 🇺🇸 #SheBelieves pic.twitter.com/zrE6kDlRsW

Alex Morgan came close to doubling the lead in the second half, her clipped header from a rebound drifting just wide of the mark, but the U.S. struggled to find the final ball for much of the second half.

But unlike the other two matches in the competition the USWNT managed to hold on this time, thanks in part to a brilliant save from Ashlyn Harris to deny Brazil a sure goal in the 76th minute, diving to her right to tap a flicked header wide of the post.

The final tally leaves England on seven points, the USWNT on five, Japan on four and Brazil with zero following the three matches.

The USA won the 2018 competition on seven points while England finished second on four.