Does Ozil fit in tactically at Arsenal under Emery? 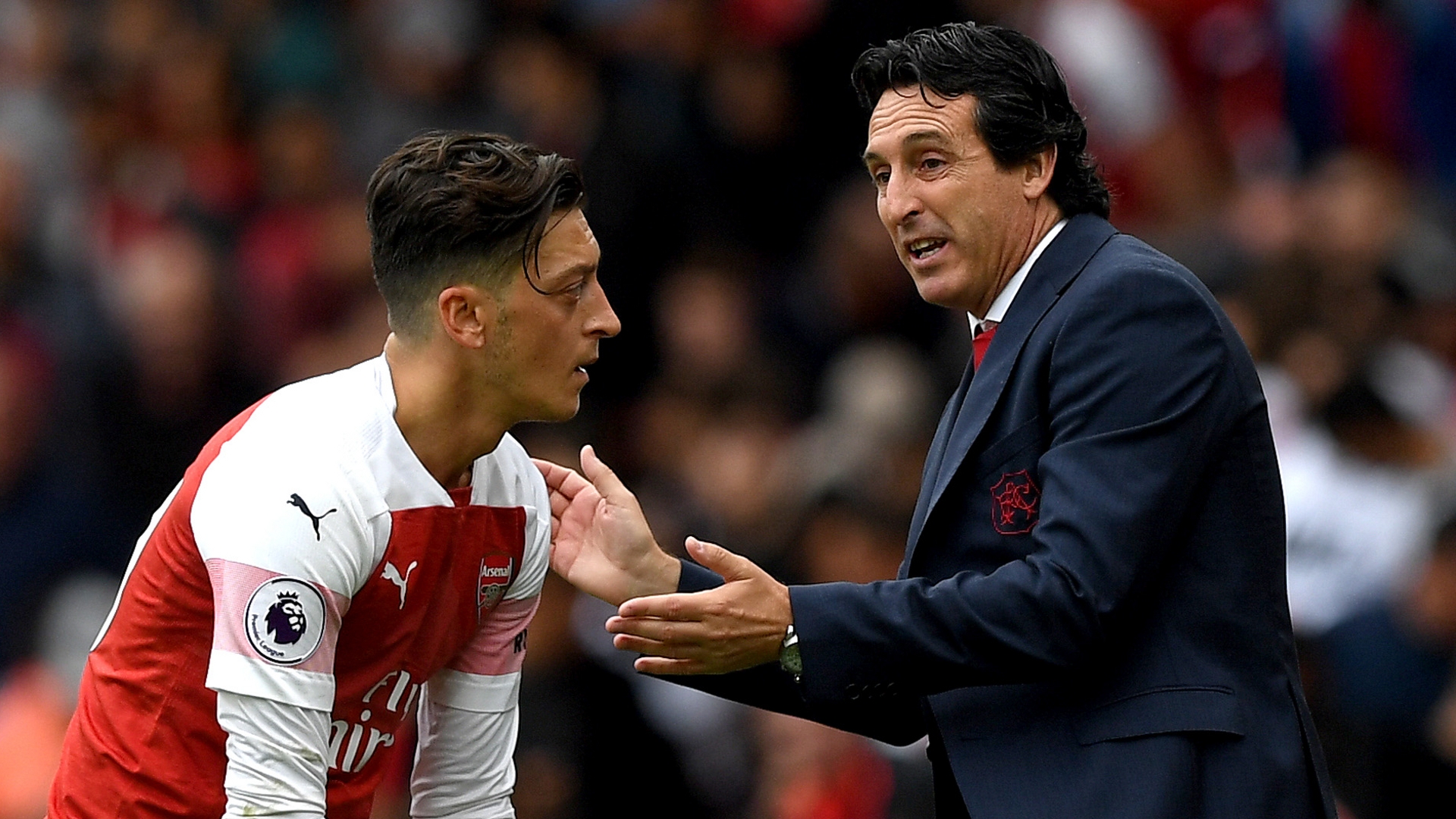 The German has endured a stop-start season amid claims he doesn’t fit into his coach’s 3-4-2-1 system, so is there still room for him at the Emirates?

Five months into his tenure as Arsenal manager and the biggest conundrum facing Unai Emery should not have come as a surprise.

Talk of a rift between Emery and Ozil has circulated since August, and yet as the transfer rumours ramp up we are still in the dark regarding the future of Arsenal’s highest-paid and highest-profile player – despite his contract running until 2021.

Will Ozil ever appreciate the furious demands of Arsene Wenger’s successor? Or is he simply suffering from the clumsy transition period we expected from the majority of the Arsenal squad?

There is a decent case to be made on both sides. Here, we take a look at the tactical reasons behind his poor form and question whether the Germany international could fit into Emery’s complex tactics at the Emirates.

When and why Ozil isn't working under Emery

Arsenal’s new Spanish manager demands furious pressing and self-sacrifice: a commitment to the cause that is built on acceptance of ultra-demanding training sessions and an unrelenting thirst to improve.

It is the polar opposite of Wenger’s laissez-faire approach to tactics and training, and unlike anything Ozil will have experienced since he was a youngster.

Jose Mourinho, his only coach at Real Madrid between 2010 and 2013, allows his forwards to roam freely up front. Ozil doesn’t like pressing. He has completed just 3.93 ball recoveries per 90 minutes this season, according to Opta, and runs 10.28 kilometres per match - almost two kilometres less than Aaron Ramsey and far below the average for a player in his position.

But the statistics alone don’t capture the importance of Ozil’s inactivity - and its impact on the rest of the Arsenal team.

When Ozil was substituted in the 68th minute of Arsenal’s 3-2 defeat at Chelsea in August, Emery explained that he “took him off to stop Chelsea progressing easily with the ball.”

That wild match at Stamford Bridge was defined by Chelsea easily cutting through the Gunners lines, their centre-backs picking out passes at will.

In a high-pressing system like Emery’s, it is paramount that every player presses the ball because the swarming, unbalanced overall shape is just one wrong move away from carnage. A single gap takes multiple players out of the game, which is why Ozil was hooked as Chelsea were given time and space to clip passes over the top of the Gunners’ high line.

That was at the beginning of Emery’s reign, and yet in early December it was clear little had changed when the Spaniard told reporters Ozil was not picked for Bournemouth because he wasn’t right for a "very demanding match with physicality and intensity".

He had a point.

It is common knowledge that Arsenal have not held a half-time lead at any point in their 21-match unbeaten run, and on each occasion Emery can point to a lack of intensity. The opponent has often been allowed to win the 50-50s, finding time and space to counter-attack.

Ozil’s low energy from such a crucial position has contributed significantly to this (the number ten spot corresponds with the opponents' deepest central midfielder, invariably the initiator of a breakaway), most notably in the 1-1 draw with Wolves and 2-2 draw with Crystal Palace.

And yet, in theory, Ozil is an ideal playmaker for Emery’s Klopp-esque counter-pressing football. The Spaniard aims to draw the opposition forward with passes out from the back before countering via direct vertical balls into the final third.

Emery’s players are constantly making runs on the shoulder of the last defender in search of a defence-splitting pass. Who better to initiate these attacks than the Premier League’s most accomplished creator, Mesut Ozil?

Liverpool struggled to cope with Ozil in a 1-1 draw at the beginning of November. The German’s threat forced Liverpool into an overly-narrow shape, which in turn opened up space for Hector Bellerin on the right flank.

In the final half hour of a 3-1 win against Leicester City, when a double substitution saw Arsenal blitz the Foxes, Ozil was superbly threading balls through for strikers Pierre-Emerick Aubameyang and Alexandre Lacazette. He created four chances, grabbing a goal and an assist.

Both of these matches showed flashes of Ozil’s potential under Emery, but switching to a 3-4-2-1 formation has seen the German drop out of the side.

Which brings us onto Henrikh Mkhitarayn, who has been virtually anonymous across Arsenal’s last four league matches and yet continues to be handed starts as the right-hand inside forward.

On paper the Armenia international, who excelled at Dortmund, is well suited to Emery’s tactics, but Mkhitaryan is a shadow of his former self.

The only reason he is currently starting ahead of Ozil is that he works harder, blocking 2.4 passes per game - more than any other Arsenal player and the second most in the division among players that have featured in more than five matches.

Ramsey’s imminent departure – he will not sign a new contract that expires at the end of the season - and Mkhitaryan’s poor form means there is space for a player capable of quick forward passes on the counter.

Currently Alex Iwobi’s movement and link-up play with Sead Kolasinac is defining Arsenal matches, and yet it ought to be Ozil doing this. That number ten slot should be his and would be his, if he worked harder off the ball.

“For me, it is a new moment. That’s the same for Mesut,” Emery said in September. “He is working well. […] He is feeling like I am feeling: he can improve, he can do more.”

Three months on and Ozil isn’t making progress, despite possessing all the technical attributes required to become Emery’s talisman.

If Emery is right – that both men share a feeling for improvement – then Ozil can remain an Arsenal player. It’s a big ‘if’.