After a bright start to his time at Camp Nou, the Netherlands forward has struggled to make an impact in recent weeks, and was poor in El Clasico

With each passing match, Memphis Depay is shrinking.

It usually takes time for players to adapt to a new league, but the reverse is happening at Barcelona, where the Netherlands international hit the ground running, only to have gradually lost his edge week by week.

Perhaps the intense pressure and bad vibe around Barca, exacerbated by Lionel Messi’s departure, is bringing Depay down.

Upon his arrival from Lyon, he was a breath of fresh air, arriving at just the right time. Unburdened by history, painful defeats and collapses in big games, Depay came to Camp Nou to prove he could lead the attack at an elite club, after his previous failure at Manchester United.

With Messi gone, the stage was set for a new star, someone who could distract from the pain of losing their greatest legend and start the rebuild.

However, after an outstanding debut in the 4-2 thrashing of Real Sociedad, where Depay oozed class, invention and menace, and early strikes against Athletic Club and Getafe, the goals have dried up.

Since August, the only goals Depay has to his name have come from the penalty spot against Levante and Valencia, and he has not provided any assists in that time either. 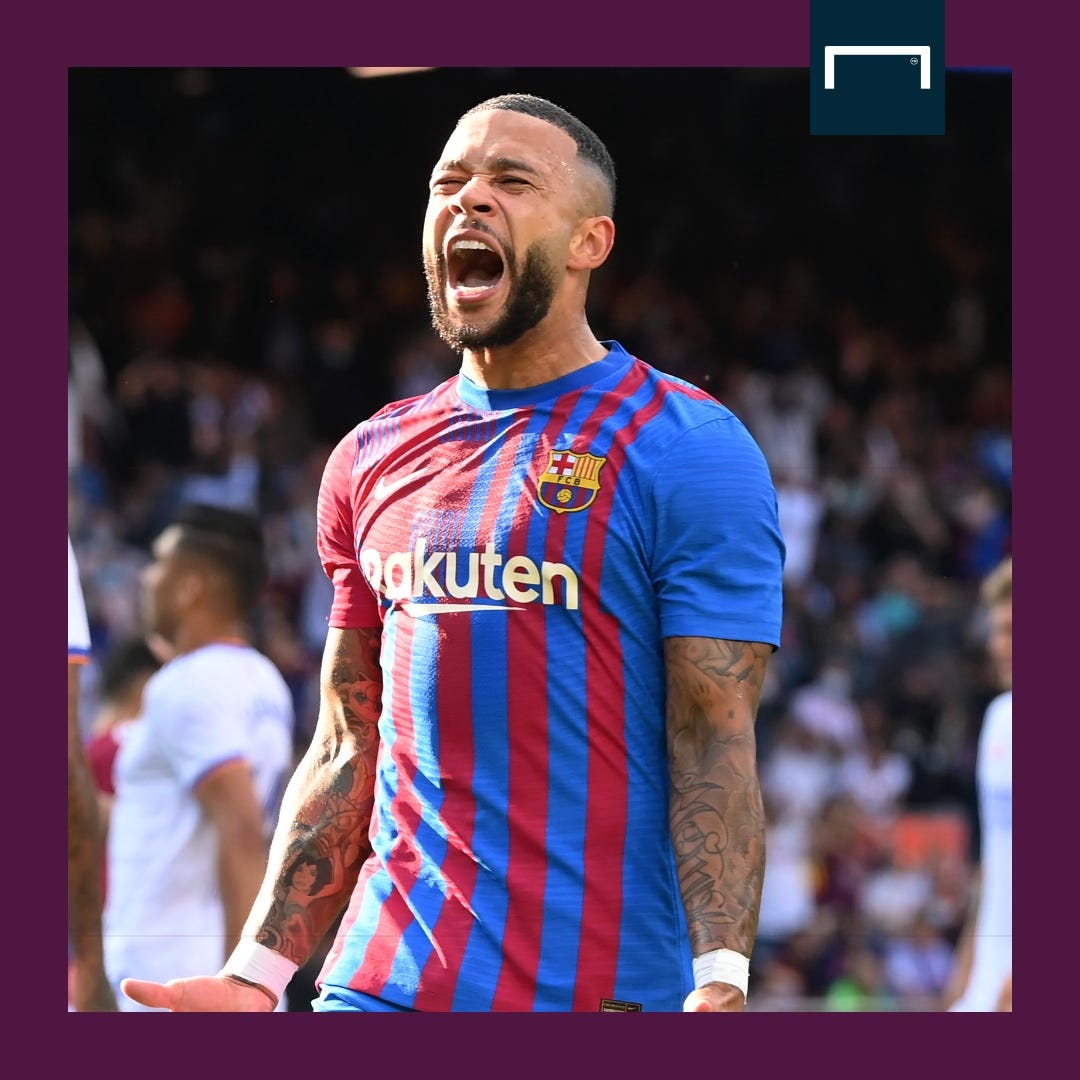 For the Netherlands, though, it has been a different story.

In his last four World Cup qualifying appearances, Depay has seven goals and four assists, proving the same dynamic presence he was for Lyon last season.

Facing Montenegro, Turkey, Latvia and Gibraltar is significantly easier than the likes of Real Madrid, Atletico Madrid, Bayern Munich and Benfica, but Depay has also fired blanks against Granada, Cadiz and Dynamo Kyiv.

More problematically, he tries to do too much in possession, rarely taking the easy option, and it results in a lot of turnovers.

Depay lost the ball 16 times in El Clasico on Sunday, including one where he was robbed by David Alaba, who went on to finish the move by scoring at the other end.

It sent Madrid ahead and paved the way for their 2-1 win, which took them five points clear of ninth-placed Barcelona.

Depay could not get the better of winger Lucas Vazquez, who was operating at right-back, and failed to get a single shot on target.

“His minute impact is worrying,” wrote Marca in the aftermath. “He had an extremely low-key game.” 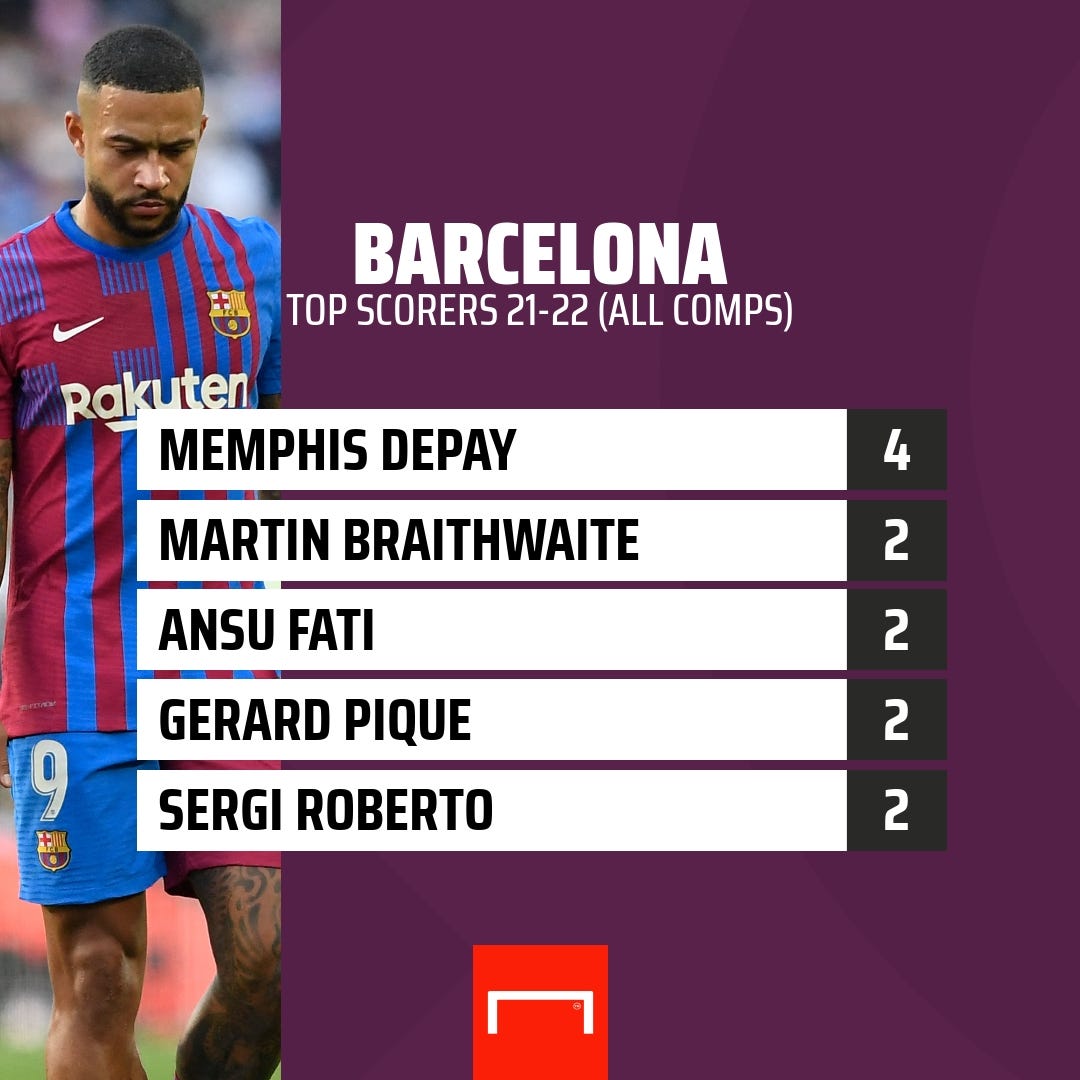 Replacing Messi always seemed like an impossible job, and it is proving to be the case. Depay, though, is not giving up yet.

Asked if he had any regrets about coming to Barcelona, Depay emphatically denied he did.

"How could you ask that?" he told ESPN Netherlands earlier in October. "It's Barcelona. I don't think you understand how big this club is and what it means for a player if you move to a club like this. I would never regret it."

Depay is not alone in his struggles. Ansu Fati returned triumphantly from injury with a goal against Levante, but the joy has diminished rapidly with recent performances showing his rust after 10 months on the sidelines.

The reality is that after nearly a year out of action, it will take time for the NXGN 2021 winner to get back to his best level, and also to gel with Depay.

Both like to start on the left side and drift into central areas, so Koeman will have to convince one to play more regularly as a central striker, or on the right flank. 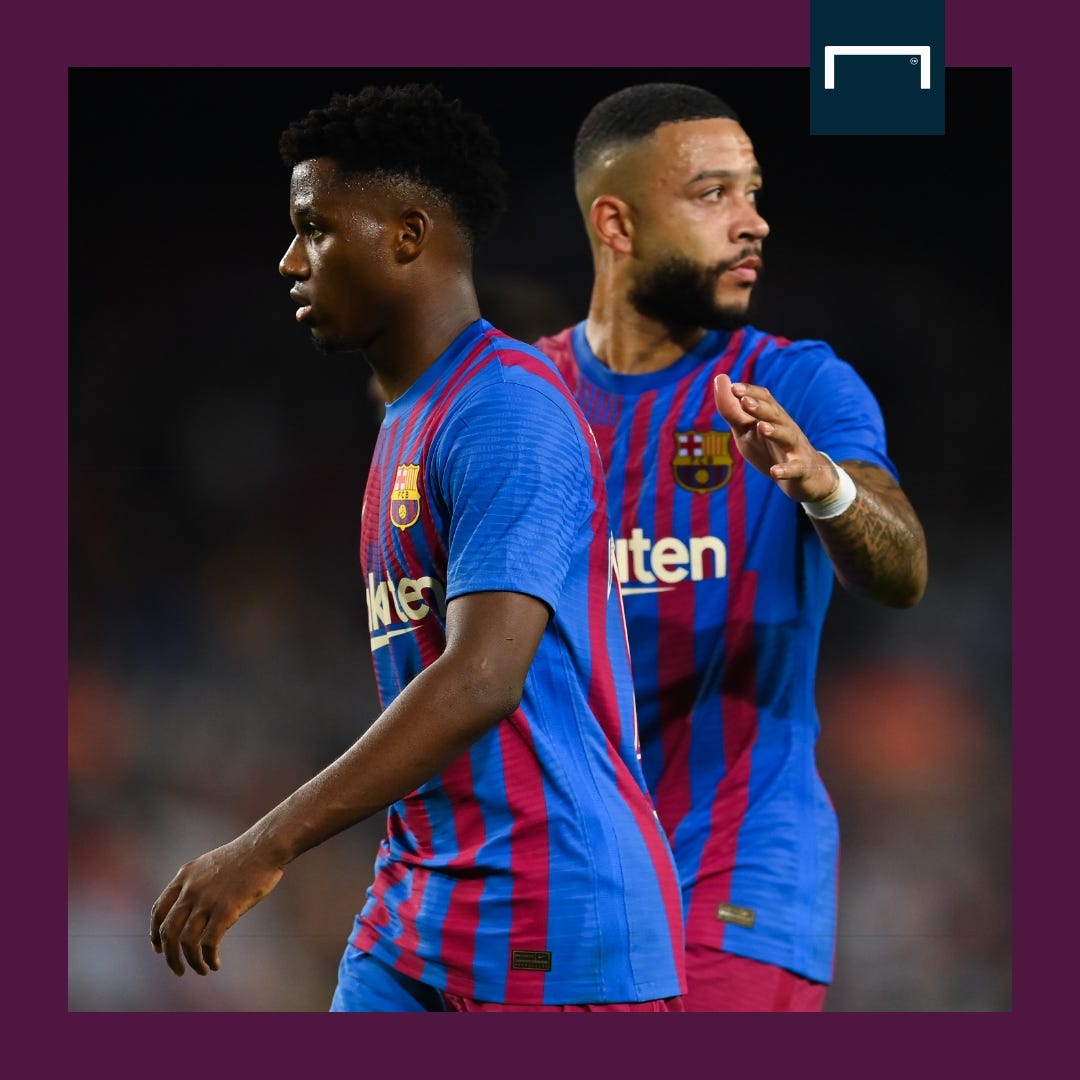 Luuk de Jong, meanwhile, is disappointing supporters, even with the low expectations that were set for the ex-Sevilla striker following his deadline-day arrival, and the Dutch striker attracted whistles during the Clasico after coming on as a substitute.

Sergio Aguero is also making his return slowly, netting his first goal in the Clasico from the bench, one of the few optimistic moments for Barcelona supporters in the defeat.

Ousmane Dembele is still not fit, while Martin Braithwaite will be out for a while yet, and teenager Yusuf Demir has fallen away from contention after a bright pre-season.

That has all fed into Depay's malaise, because the Dutch forward has been required to play every minute of every game this season for Barcelona, with the exception of a 15 minute rest at the end of the narrow win over Dynamo Kyiv.

He lacks the freshness he showed in the first few matches, both mentally and physically. Barca’s defence has been their greatest problem this season, but the attack is now becoming one too.

If things do not work out, there is an easy solution that Barcelona can take next summer: wave goodbye to Koeman, who petitioned for Depay's arrival, and sell the ex-PSV star for around €30 million (£25m/$35m). That would not be a bad windfall after signing him on a free transfer.

Of course, both Barcelona and Depay are hoping for the story to go another way. Upcoming matches against Rayo Vallecano and Alaves provide opportunities for the forward to make the decisive attacking impact Barca want of him, and he is certain he can provide.

Depay, then, must grow to meet the challenge head on.