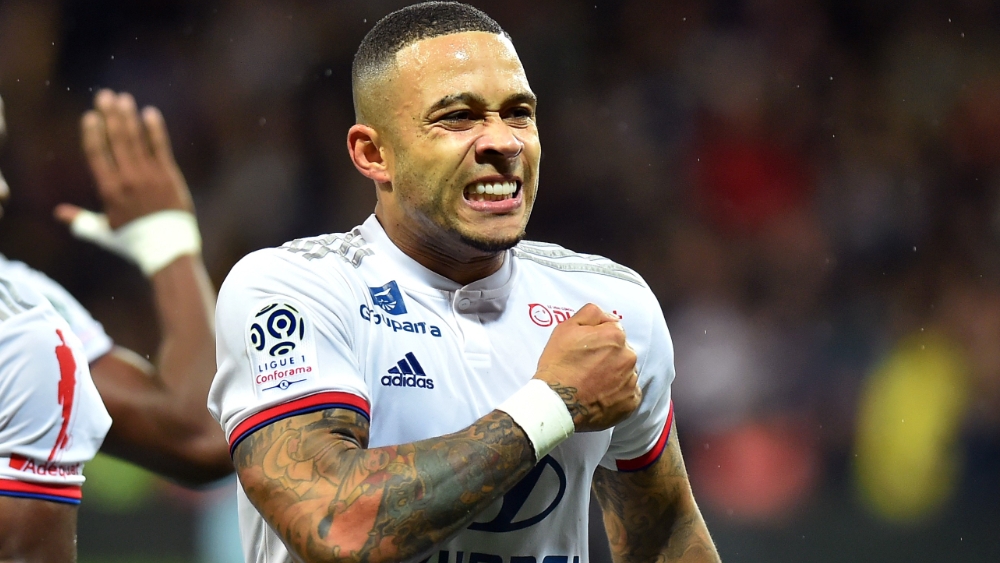 Giels Brouwer, founder of a sports analytics company called SciSports, has discussed the role he played in taking a Dutch star away from Old Trafford

Memphis Depay made “the first laptop transfer” when leaving Manchester United for Lyon in 2017, with a sports analytics company helping the Dutch winger to identify the best club for him.

The Red Devils were considered to tick that box when a switch from PSV to Old Trafford was made in 2015.

Depay was given the chance in England to work under fellow countryman Louis van Gaal and was widely regarded as one of the most promising young talents in Europe at the time.

He would, however, manage just seven goals through 53 appearances for United before deciding that his development would be better served elsewhere.

Lyon wrapped up a deal in the January window of 2017, with the Netherlands international forward going on to thrive for them – finding the target 53 times across 134 outings.

The Ligue 1 giants have proved to be the perfect fit for a player in danger of losing his way, with a revolutionary approach taken to determining that the French side would work for Depay.

Giels Brouwer, founder of an analytics company called SciSports, has revealed on his Reddit AMA the role he played in taking the frustrated star away from Manchester: “Memphis made the first laptop transfer by asking us for transfer advice with data.

“The agent of Memphis asked us to visit Memphis in Manchester where he was living at that moment. I went there with two colleagues and we watched a Champions League game on his couch.

“In our discussion about the next step in his career, he was really open about what he wanted and didn't want.

“We translated these questions into data searches. We looked for instance at his playing style at PSV and the Dutch national team and compared that with the playing style of Man Utd. We noticed that he was involved with a lot more defensive actions at Man Utd.

“Regarding importance of the team, we looked for teams who didn't have their star player on LW or LCF. For playing style, we investigated consistency, speed of passing and transition, use of flanks and defensive line, the height of the defenders.

“One of his arguments was that playing style and development was more important than money.

“In the end, we wrote a report with five potential clubs that would suit his playing style and Lyon was one of them.

“Of course, it is up to the agent and the club to make a deal as our work ends there.”

It has been suggested that Depay could return to England at some stage, with United boasting first refusal on any future move, and Lyon have admitted that failure to qualify for the 2020-21 Champions League could force them to consider offers for their most prized assets.