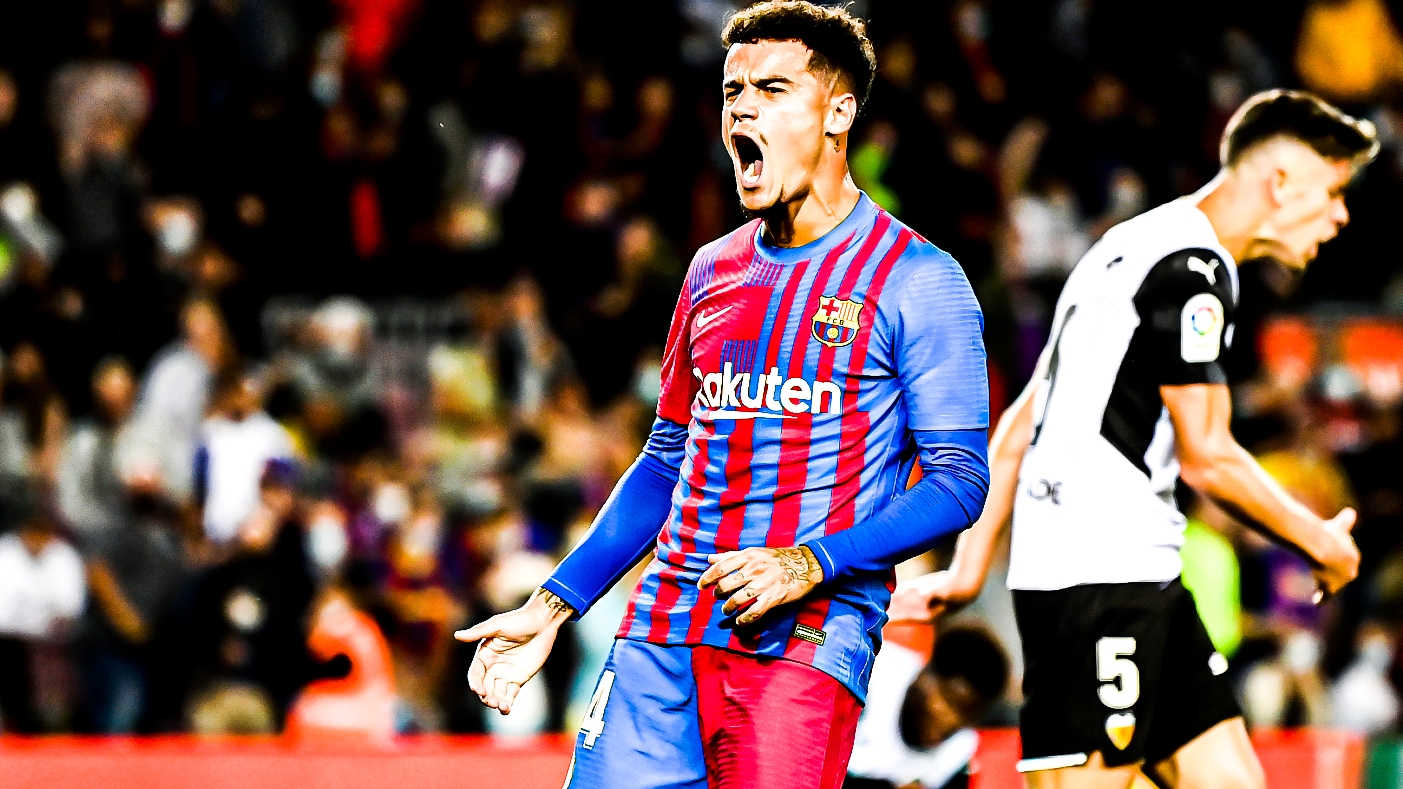 Ronald Koeman has praised Philippe Coutinho's impact off the bench for Barcelona in a 3-1 win against Valencia on Sunday, stating that he has "always believed" in the player's abilities and suggesting the midfielder could earn a larger role in the team with physical improvement.

The Brazil international was brought on just shy of the hour mark at Camp Nou with his side holding a one-goal lead, and ultimately snagged their third to assure victory late in the day.

It marked the first top-flight goal Coutinho has scored since late-2020, having been sidelined for much of the last term - but now his manager has been quick to sing his praises.

"It was good," Koeman told reporters at his post-match press conference when asked about Coutinho's performance and impact following his introduction into the match.

"When he entered the game he was good. With his freedom we were able to control the game better. He knows how to score goals.

"He has taken an important step because I have always believed in Coutinho. Physically, he is getting better and better.

Koeman weighs in on penalty debate

The Dutchman also addressed his side's second goal, earned from a Memphis Depay penalty after Ansu Fati was deemed to have been fouled whilst bearing down on goal.

Fati made a long-awaited start following a lengthy injury lay-off, while there were also debut minutes for Sergio Aguero off the bench late on, with Koeman adding: "It is the same case as Ansu.

"He is an important player for his quality and experience. We want to give him minutes and he will be physically better to help the team. It is not a quality issue, but a fitness issue."

With two victories from their last three games in La Liga, Barcelona may be starting to feel the heat lessen slightly around the back of their necks.

But with their title hopes likely all but gone already, they will next turn their attention to the Champions League.

The Blaugrana host Dynamo Kyiv in midweek - before they return to prepare for a long-awaited El Clasico clash with Real Madrid on Sunday.