Thomas Tuchel's smiling face has been the beacon of light that Chelsea have needed in these dark days for the club.

The Blues' future is shrouded in uncertainty, with owner Roman Abramovich having been sanctioned by the United Kingdom government because of his connections to Russian President Vladimir Putin, who is overseeing an invasion of Ukraine.

Although Chelsea were granted a special licence to continue operation, the day-to-day running of the club has been severely affected.

There have been incessant stories about the team bus running out of fuel, an inability to pay staff and the club possibly folding.

Indeed, these are unsettling times for the 1,400 people employed by Chelsea.

Tuchel and his players have, thus, been charged with providing some sporting relief for those whose livelihoods are at stake; asked to serve as ambassadors for those less fortunate than themselves.

It is a role that the squad were only too keen to take on.

"We have that responsibility and I think everybody feels very privileged," Tuchel said after Wednesday night's Champions League win at Lille.

"We accept the responsibility we have, that once you work for Chelsea, this is what you do."

There were fears that the manager and some of his players might seek an immediate way out of the club, as soon as it became clear that the club's very existence was at stake.

However, Tuchel, whose contract runs until 2024, stated: "There is no doubt that I will stay until the end of the season. Absolutely."

The club should have a new owner by then and the hope is that it will once again be business as usual at Stamford Bridge.

However, that hasn't stopped more scaremongering about Manchester United trying to take Tuchel away from Chelsea when interim coach Ralf Rangnick moves into his consultancy role this summer.

Although it is true that Tuchel has many admirers at Old Trafford, Mauricio Pochettino and Eric Ten Hag are the leading contenders to be the next permanent manager.

The current speculation also underestimates the strength of Tuchel's connection to Chelsea.

GOAL understands that the former Paris Saint-Germain coach is a huge fan of the club's structure, which allows him to focus solely on football.

In his previous post at the Parc des Princes, Tuchel found himself constantly asking for more support from his employers as he felt the strain of having to deal with demands from his players' agents and family members.

In addition, Tuchel is also enjoying working with the staff at Cobham, connecting with people in the loan department, scouting network, medical team, academy and analysis department. 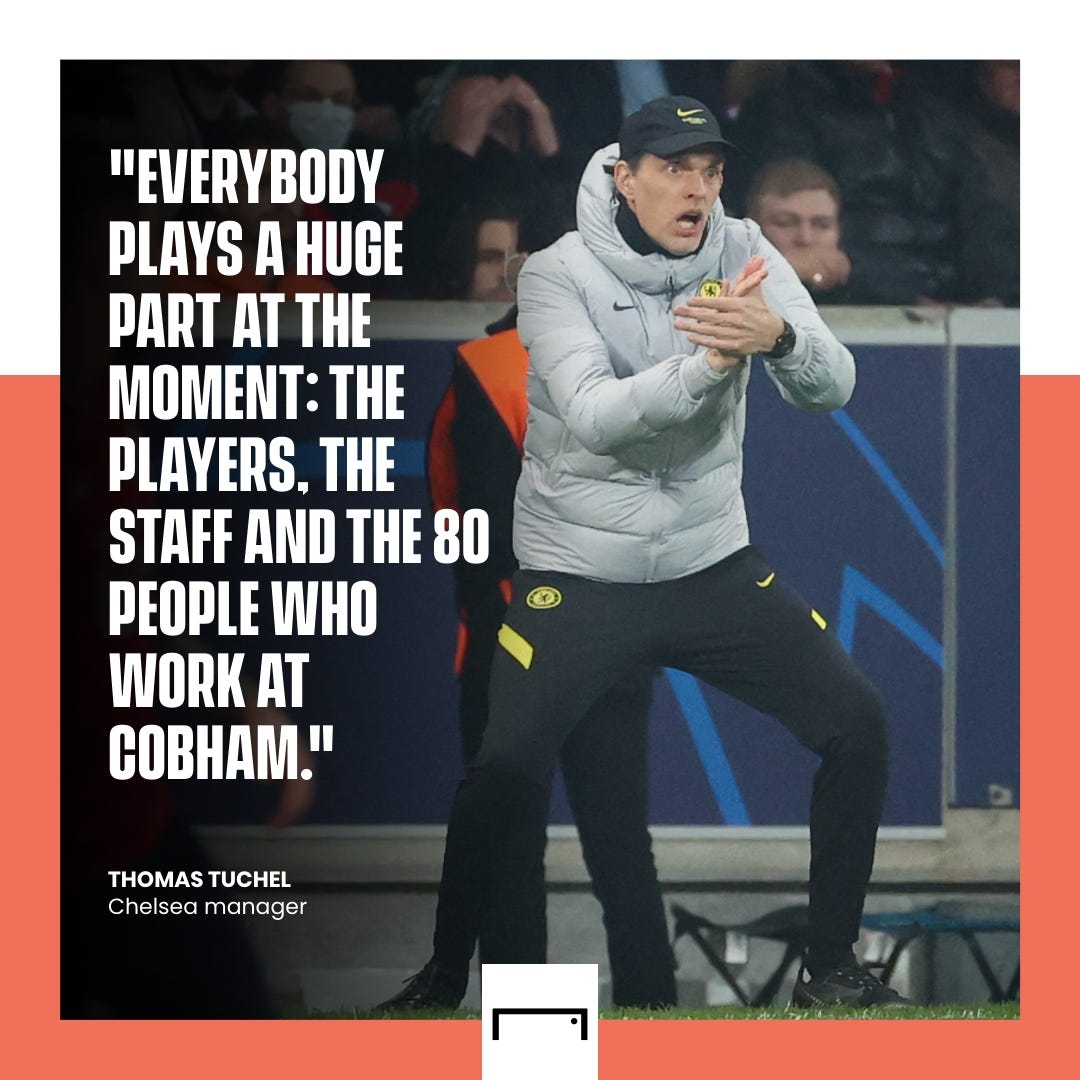 He believes the whole set-up at Chelsea is world class and he has also built a solid working relationship with Marina Granovskaia, with whom he was pictured dining in late January.

Tuchel and his training staff also work well with Petr Cech, who is serving as an excellent liaison between the first team and the board.

"I think Chelsea are so clear as a club about what they demand of every employee and every player: play your role, play to the limit, and take responsibility," Tuchel enthused.

"This is what Chelsea is about and it sharpens your mentality and brings out the best of you.

"It's normal to do it on a daily basis and because this mentality is installed over years and years, decades, it plays a big part as to why we can stay focused and produce results as we do at the moment when things are uncertain and unstable around us.

"We try to encourage and support the players in the best way possible, but still, I am very proud that they are delivering. Everybody plays a huge part at the moment: the players, the staff and the 80 people who work at Cobham.

"It's a big test at the moment but it is going well and we are still competitive. We want to be competitive no matter what."

It's certainly become clear during this tough time that everyone at the club is united and rowing in the same direction. 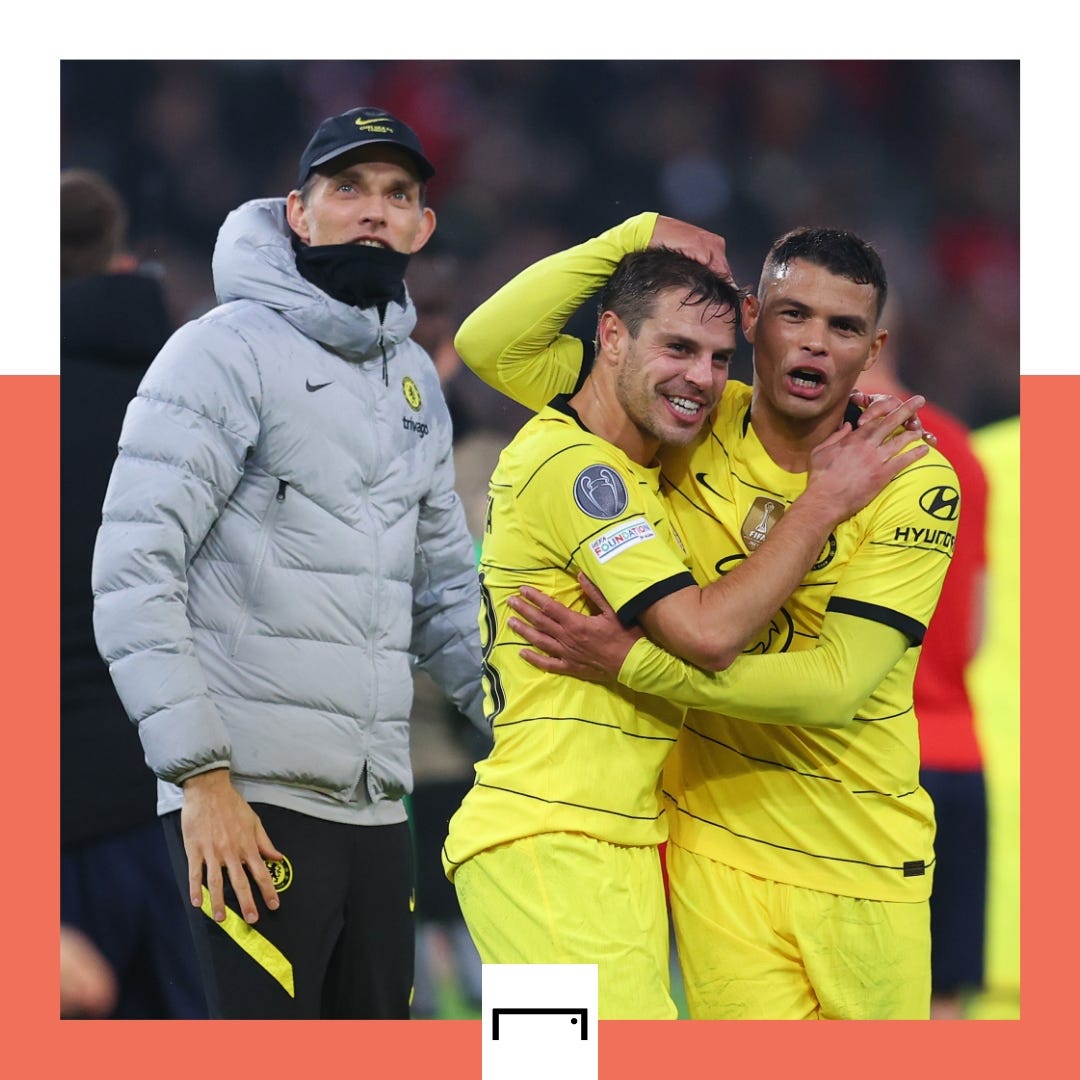 There are few egos in a dressing room led by the universally respected Cesar Azpilicueta, while the youngsters coming through at Cobham are all known to be professional and mild-mannered.

There are few individuals who act aggressively, even though Antonio Rudiger and Jorginho are known to bring an edge to training sessions, and it is arguably just Romelu Lukaku who carries himself with the personality of a footballing superstar.

For that reason, Tuchel has found the Belgian somewhat difficult to manager, although that is also down to tactical problems partly of the manager's own making.

For the most part, though, Tuchel works in harmony with those around and above him, and he is willing to continue working in west London even if Chelsea cease making the big-money moves with which they have become synonymous.

He sees a strong, young squad that is only likely to be strengthened by the return of talented loanees such as Conor Gallagher, who is presently excelling at Crystal Palace.

As it stands, then, there is little chance of Tuchel leaving unless the crisis deepens and his relationship with the board collapses. 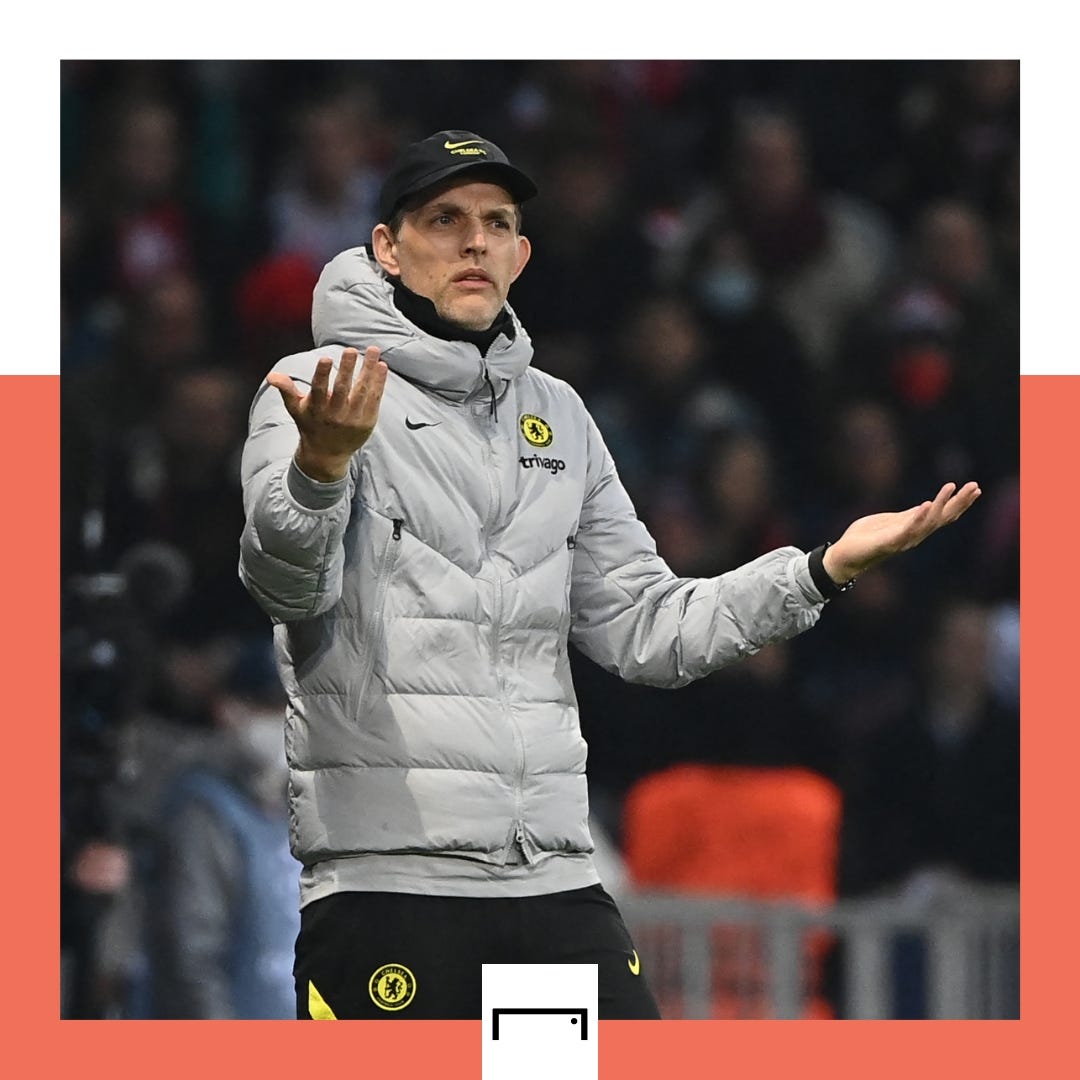 This is obviously an ever-changing and perilous situation, and Chelsea did themselves no favours with their request to play this weekend's FA Cup clash at Middlesbrough behind closed doors in the interest of "sporting integrity".

"It was not the very best idea to put it like this," Tuchel said himself. "We love to play in front of spectators. Me and the team were not involved in this decision and I'm happy that [the request] was withdrawn, very happy."

Chelsea will have to be careful, then, in how they manage this crisis, so as not to upset their own staff, as much as anyone else.

For now, though, they can take comfort in the fact that Tuchel remains committed to the cause.

These are dark days but their manager has shone in tough times before, having previously helped his Borussia Dortmund players deal with a domestic terror attack on the team's bus ahead of a Champions League tie with Monaco.

Chelsea fans have seen a managerial icon end up at Old Trafford before, of course, with Jose Mourinho revelling in the role of "Judas" after taking over at Manchester United.

As it stands, though, there seems little chance of history repeating itself.

With a takeover seemingly imminent, Tuchel appears far more likely to stay at Stamford Bridge beyond the summer and put himself in an even better position to go on to become Chelsea's greatest ever manager.