Chukwueze in, Sturridge out? Liverpool's transfer plans this summer 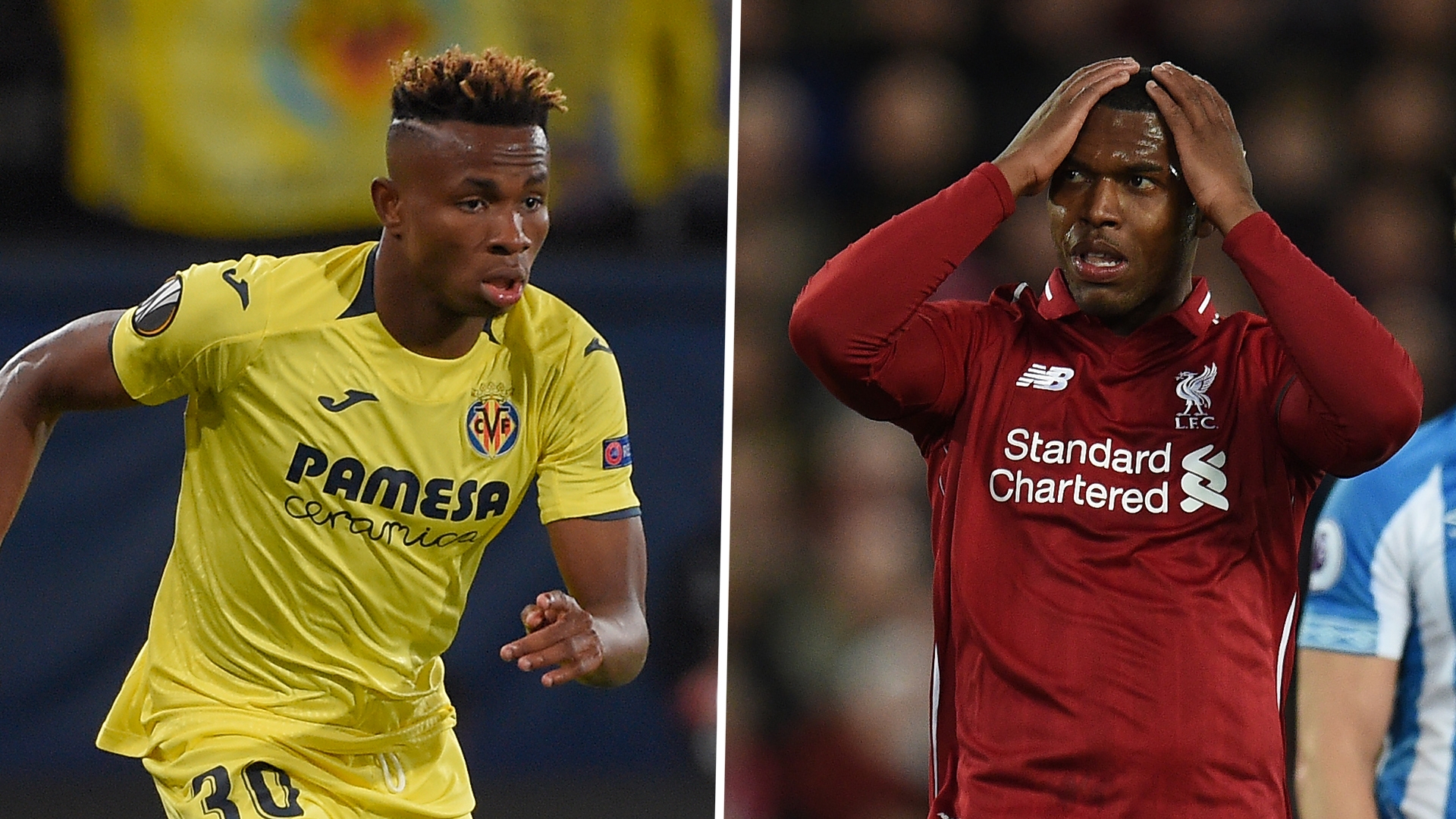 How do you improve on this season, then?

Liverpool's campaign could have been perfect. They picked up 97 points in the Premier League and have reached a second successive Champions League final. The Reds will be favourites when they take on Tottenham in Madrid on June 1.

Jurgen Klopp's side will, however, carry some regrets at the fact that they finished second to a rampant Manchester City, having held a commanding lead at the top of the table as recently as January.

The word from inside the club is that it will be a summer of evolution, not revolution, on Merseyside, with no repeat of last summer's spending spree.

Here, Goal takes a look at Liverpool's transfer plans ahead of what looks set to be an intriguing summer at Anfield...

The best defence in the Premier League last season is unlikely to be tampered with too much, especially with Joe Gomez back available after the broken leg which cruelly halted his impressive progress during the first half of the campaign.

In his absence, Joel Matip stepped up to the plate and established himself alongside Virgil van Dijk at the heart of Klopp's side. The Cameroonian is entering the final year of his contract, but discussions will take place over an extension.

Where that leaves Dejan Lovren remains to be seen. The Croatian was first choice in 2017-18, but was disrupted by a stomach injury suffered at the World Cup with Croatia. He turns 30 in July, and at present is third or fourth choice at best.

Lovren is likely to stay unless a sizeable offer is received, with Liverpool not, as it stands, in the market for a centre-back. Ajax's Matthijs de Ligt has been predictably linked, but will surely join Barcelona in any case.

There will be at least one new arrival defensively, though. Liverpool will part company with Alberto Moreno in the summer, leaving a vacancy as understudy to Andy Robertson at left-back. It won't be an easy position to fill - Robertson has been one of Europe's best full-backs in the last 18 months, and is a reliable, consistent performer - but the Reds are in the market for a young, pacy player to deputise for the Scotland international. If they were able to fill in across the backline, that would be a bonus.

They looked at Lloyd Kelly, who has since joined Bournemouth from Bristol City, and are long-time admirers of both Ryan Sessegnon (Fulham) and Ben Chilwell (Leicester). Neither of those two, however, would appear to fit the bill in terms of fee. Chilwell, for example, could go for upwards of £40 million.

A new backup goalkeeper may also be required. Simon Mignolet has received praise from Klopp for his attitude and professionalism as No.2 to Alisson Becker, but having made just two appearances all season, the Belgian is expected to ask to leave in the close-season.

That provides another dilemma. Liverpool see potential in both Caoimhin Kelleher and Kamil Grabara, the latter of whom spent the second half of the campaign on loan with Danish side Aarhus, but would prefer to draft in an experienced reserve if possible. West Ham's Adrian is one name that has been mentioned at Melwood, though there has been no approach for the out-of-contract Spaniard, who is interesting Crystal Palace and Bournemouth among others. Meanwhile, former Reds 'keeper Pepe Reina would be a more emotional target.

In terms of outgoings, both Corey Whelan and Conor Masterson have been released, while Nathaniel Clyne will be allowed to leave for anything in excess of £10m. West Ham and Bournemouth lead the race there.

Ins: A backup left-back and goalkeeper.

Surely the most secure part of the Liverpool squad, in terms of depth and quality.

It is unlikely that any of the Reds' six main midfield men from this season will move on, and Klopp will have the luxury of adding Alex Oxlade-Chamberlain to his options over the summer, with the England man edging ever closer to full fitness after his knee injury.

Fabinho has made a big impact since his move from Monaco last summer, and there were signs that Naby Keita could do the same before the Guinea star picked up a groin injury away at Barcelona last month.

The ever-dependable Jordan Henderson continues to impress, as does Gini Wijnaldum and the veteran James Milner. Milner's ability to cover at full-back remains a big asset for Klopp despite his advancing years.

Adam Lallana, though, saw his season wrecked by injury once more. He has only started nine games across the last two years, and recent reports suggest he could be willing to move on in the summer. Southampton, his former club, have been linked, though he remains a Klopp favourite and a well-liked member of the dressing room.

Marko Grujic boosted his profile on loan with Hertha Berlin in the Bundesliga, and will attract significant interest in the summer. Liverpool's preference would be to have a look at the Serbian star in pre-season, but bids in excess of £20m could change that.

Ovie Ejaria, meanwhile, can expect to go out on loan again. He played significant games across spells at Rangers and Reading last season, but is not considered to be a first-team option. Curtis Jones, the gifted teenager, needs to do more to convince staff he can be a senior player at Anfield. A loan spell may beckon.

Liverpool's front three is pretty much set in stone, but that won't stop Klopp looking for ways to deepen his options.

He will lose one option, Daniel Sturridge, to a free transfer. The striker scored three times this season, including valuable goals against Chelsea and PSG, but is surplus to requirements and needs a move to reignite his career.

Danny Ings' loan to Southampton will be made permanent, allowing Rhian Brewster to stake his claim as a genuine prospect for the first team. The 19-year-old missed 15 months with a knee injury, but was back on the bench against Barcelona earlier this month, and is seen as a potential star of the future.

Divock Origi emerged as an unlikely hero after rejecting a move away last summer. He will attract interest again this time around, but Liverpool will look to hand him a new contract and view him as a more than capable backup. Xherdan Shaqiri, though, endured a frustrating second half to the campaign and appears to be out of step with what Klopp demands tactically. A good offer would convince Liverpool to do business for the Swiss.

Klopp would, ideally, like to bring in at least one versatile attacking player, capable of playing wide or centrally. Bayer Leverkusen's Julian Brandt was a long-term target, but joined Borussia Dortmund this week. Goal understands Liverpool are unwilling to sanction big-money fees for players they do not feel would immediately start for the club, and their interest in Brandt cooled significantly following the arrival of Mo Salah in 2017.

That policy should rule out the likes of Nicolas Pepe, Inaki Williams or David Neres, but Villarreal's Samuel Chukwueze is an intriguing option, having emerged as a serious prospect for the Liga outfit. At 19, and capable of playing on either flank, the Nigerian could fit the bill for a long-term signing. Liverpool looked at his international colleague Moses Simon last summer, but opted against a move. Sessegnon, the England Under-21 star, was also targeted, but Reds chiefs believe he will join Tottenham.

Finally, Klopp has decisions to make on a plethora of young wingers and forwards who spent last season out on loan. Taiwo Awoniyi is attracting interest from Schalke and could be sold for a fee of around £10m, while Ryan Kent and Harry Wilson will have options in the summer. Liverpool's preference would be Premier League loans for the pair.

Sheyi Ojo's time at Reims was less successful, and the England Under-21 international could be sent to the Championship to restart his career. So too could Ben Woodburn, who is interesting Hull. Rafa Camacho, meanwhile, can be expected to leave on a permanent basis, with Wolves and Sporting CP leading the race.