Hakim Ziyech may be Chelsea’s new €40 million (£37m/$43m) signing, but he almost quit the game altogether having tragically lost his father when aged only 10.

Incredible cross-field balls, the ability to breeze past opponents and that magical left foot will all be featuring at Stamford Bridge next season, even if Chelsea had hoped to utilise it in the run-in this campaign. However, Ajax refused to sell in January. Those talents may never have been seen on the big stages if it were not for the interventions of Aziz Doufikar when Ziyech was still only a child.

Doufikar, a Morocco international, has earned respect in the Dutch-Moroccan community having played for the national team, starring abroad in the Portuguese leagues and training alongside Johan Cruyff at Ajax. After retirement as a professional, Doufikar played amateur football at the same club where his son played in the youth ranks with Ziyech.

The youngest of nine children, Ziyech lost his father Mohamed to multiple sclerosis and subsequently considered quitting the game. Doufikar stepped in to explain the situation to his coaches at Heerenveen and remains close to the Morocco international to this day.

"I am his mentor," Doufikar tells Goal . "I became a youth worker after retiring and I have done it for 12 years now. I first met him when he became a friend of my son Roberto.

"I played for an amateur club after I retired while my son was in the youth team there. I saw Ziyech play with him and I thought: 'Wow!' straight away. I thought this is a big player and I asked my son who he is.

"It was his friend and he told me about him. I went to see him again and I thought this boy can’t be here, he is too good, he needs a professional club now. He went to Heerenveen. He was seven, eight, nine, 10 and stayed there for 13 years.

"We grew close to him and at 10 years old his father died. He then said he didn’t want to play anymore. I tried to pick him up again and said he needs to keep doing it for his father.

“He went away for a few days and he said he would start playing again. I called the club and explained the situation and they brought him back." 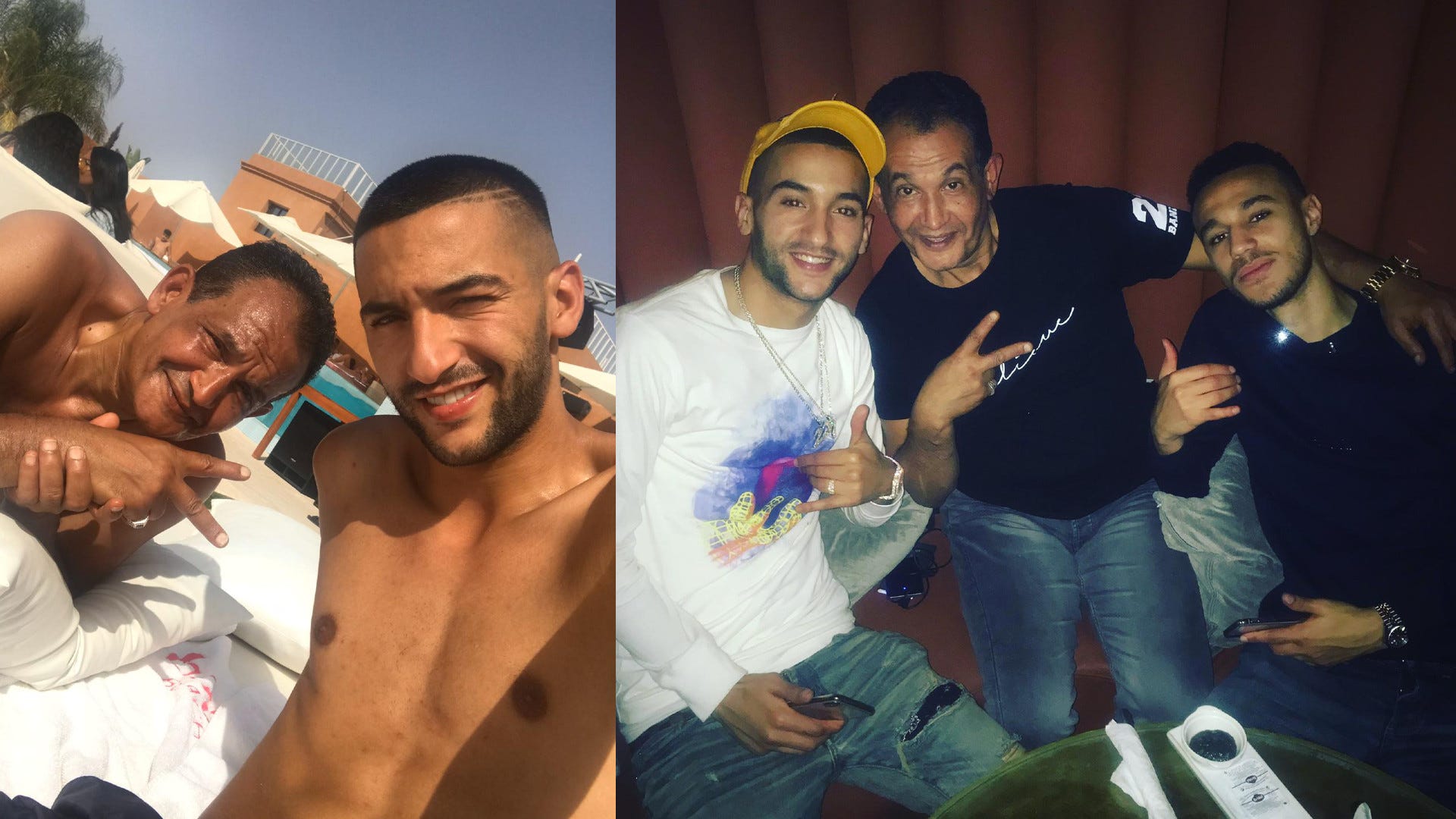 The loss of a parent was a pivotal moment for Ziyech and, at various points, it threatened to send him down the wrong path. He first nearly turned his back on the game and on his return he would have questions over his attitude and commitment. In a previous interview, Ziyech said he closed himself off due to the grief.

He recalled losing his father to Dutch newspaper Algemeen Dagblad , “I remember well, it was winter, just after Christmas,” he said.

“My father was in a bed in the living room. He’d been sick for some time, getting worse and worse. I had to go to bed that night, but I wanted to stay with him. Finally, I fell asleep on the edge of his bed.

“Around midnight, I woke up and went up to my room. A few hours later, around 3am, I heard family members crying downstairs. I went into the living room. My father was dead.”

Ziyech’s older brothers - and Doufikar - stepped up as role models and he persevered to become a world-class footballer. Such is Doufikar's continued influence that Ziyech sought his advice when choosing to represent Morocco ahead of Netherlands, just as his mentor had done in his career.

It was a choice that prompted Dutch legend and his former Heerenveen coach Marco van Basten to call the forward 'stupid' in public but he would then qualify for the World Cup in 2018 when his country of birth missed out.

In the Netherlands, some still consider Ziyech a ‘bad boy’. He was stripped of the captaincy at Twente following a falling out with his coach Alfred Schreuder. Now, though, he is adored at Ajax and is regarded as a positive influence outside football with his interest in music and charity work.

Chelsea are getting a player motivated to reach the top and having developed the toughness to do it in both his professional and personal life.

"I am so proud of him. To have done what he has done is a 10 out of 10 achievement," Doufikar concludes. "I can't believe he got to where he is now from so little. Now he goes to Chelsea."

"I wanted Arsenal for him, but Chelsea have Lampard. He was a midfielder who made a difference like him.

"He is excited about joining Chelsea. It is a big club and I think it is time for him to leave Holland as he is 26 years old. He is a man now; he can go do his thing and play for Chelsea. He could play anywhere he wants."