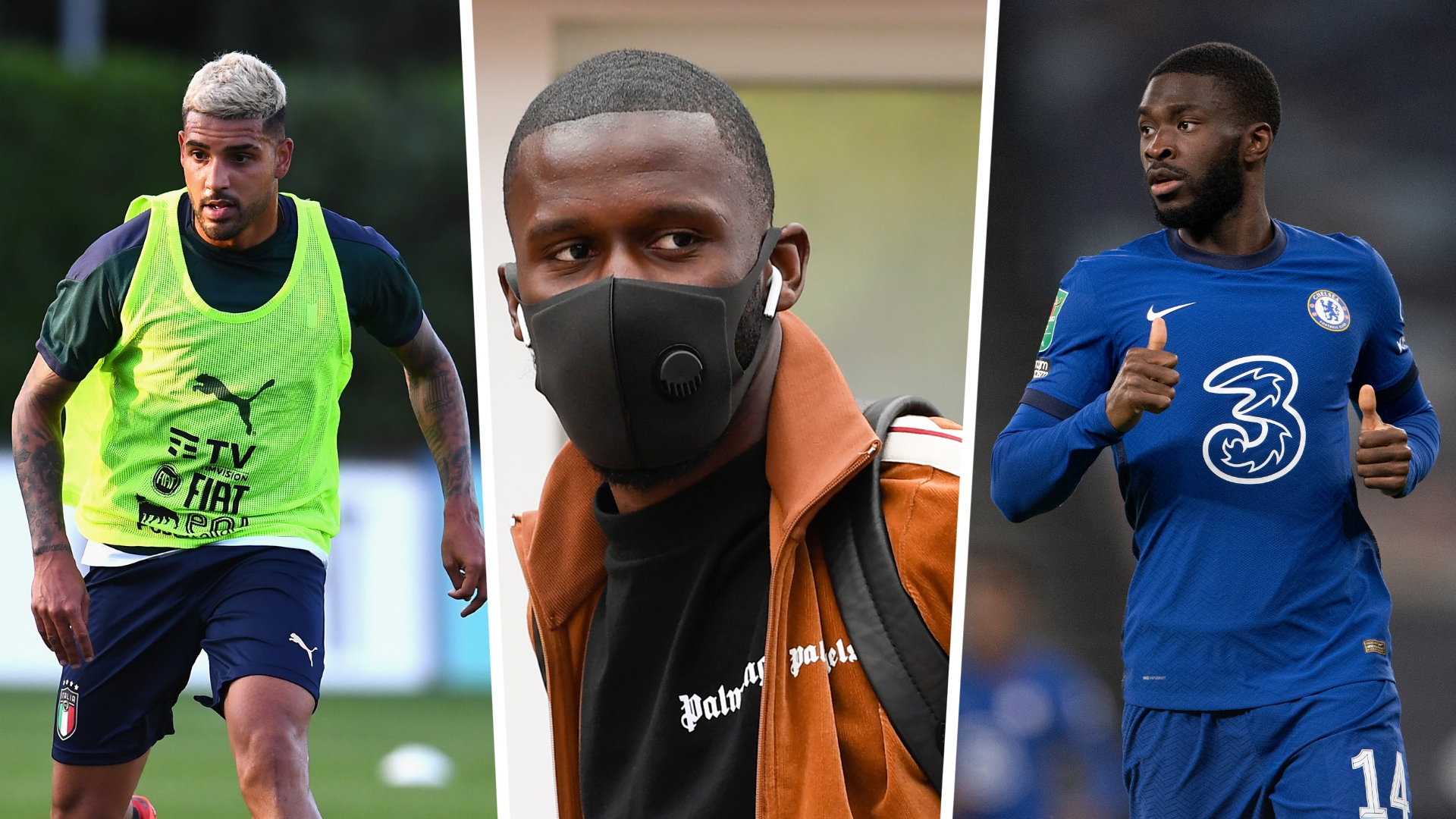 The Blues had a successful summer of spending, signing six players for a combined total of £220m ($275m) but they have struggled to loan players out

Antonio Rudiger had several options on the table at one stage but has consigned himself to remain at Stamford Bridge for another season.

Roma had briefly considered the Germany international when their deal for Chris Smalling with Manchester United was on the verge of collapse, but ultimately they got their top priority over the line.

Milan and Inter had also considered him yet never stepped forward to do a deal. PSG, meanwhile, held talks that did not produce a positive end result.

Barcelona's approach for Manchester City's Eric Garcia collapsed too late for the Catalans to move down their list of defenders, while the player was unwilling to facilitate moves to either Tottenham or West Ham as London rivals of Chelsea.

The Blues then looked to find a temporary move for Fikayo Tomori, having already rejected approaches from Everton and Rennes earlier in the transfer window.

Manager Frank Lampard wanted to keep Tomori ahead of Rudiger but a late option to West Ham was explored before ultimately not going through as the clubs ran out of time.

Despite Marcos Alonso having a falling out with Lampard in front of the squad at half-time against West Brom, he was deemed too expensive for Inter to sign.

Antonio Conte instructed his club to move for the Spain international at the weekend instead of Emerson but the talks ultimately proved unviable.

That switch in priority pushed Emerson towards Juventus on deadline day. However, they focused on signing Federico Chiesa from Fiorentina first and then ran out of time to do a deal for the left-back. It is understood that the Serie A champions have said they continue to be interested in doing a deal ahead of the January transfer window.

Lampard will now have to manage five centre-backs and three left-backs in a squad that boasts a huge number of options in a variety of positions.

Callum Hudson-Odoi was another player who had a late loan approach from Bayern Munich, but it was rejected, even though there was a £70 million option to buy included.

Further attempts were still rebuffed as the Blues opted instead to loan out both Ross Barkley and Ruben Loftus-Cheek to Aston Villa and Fulham, respectively.

Even amid struggles to offload players, the Blues shouldn't see any high-profile omissions from their Champions League list, which needs to be submitted on Tuesday, due to the high number of young and homegrown players in their squad.

A loan deal for Malang Sarr to Porto will go ahead after the Premier League transfer window closes, with options in smaller European leagues and the lower leagues in England still open.

Baba Rahman, Danny Drinkwater, Victor Moses, Marco van Ginkel, Nathan Baxter and Jake Clarke-Salter will all continue to discuss moves into the loan group, which could grow to above 30 players again.