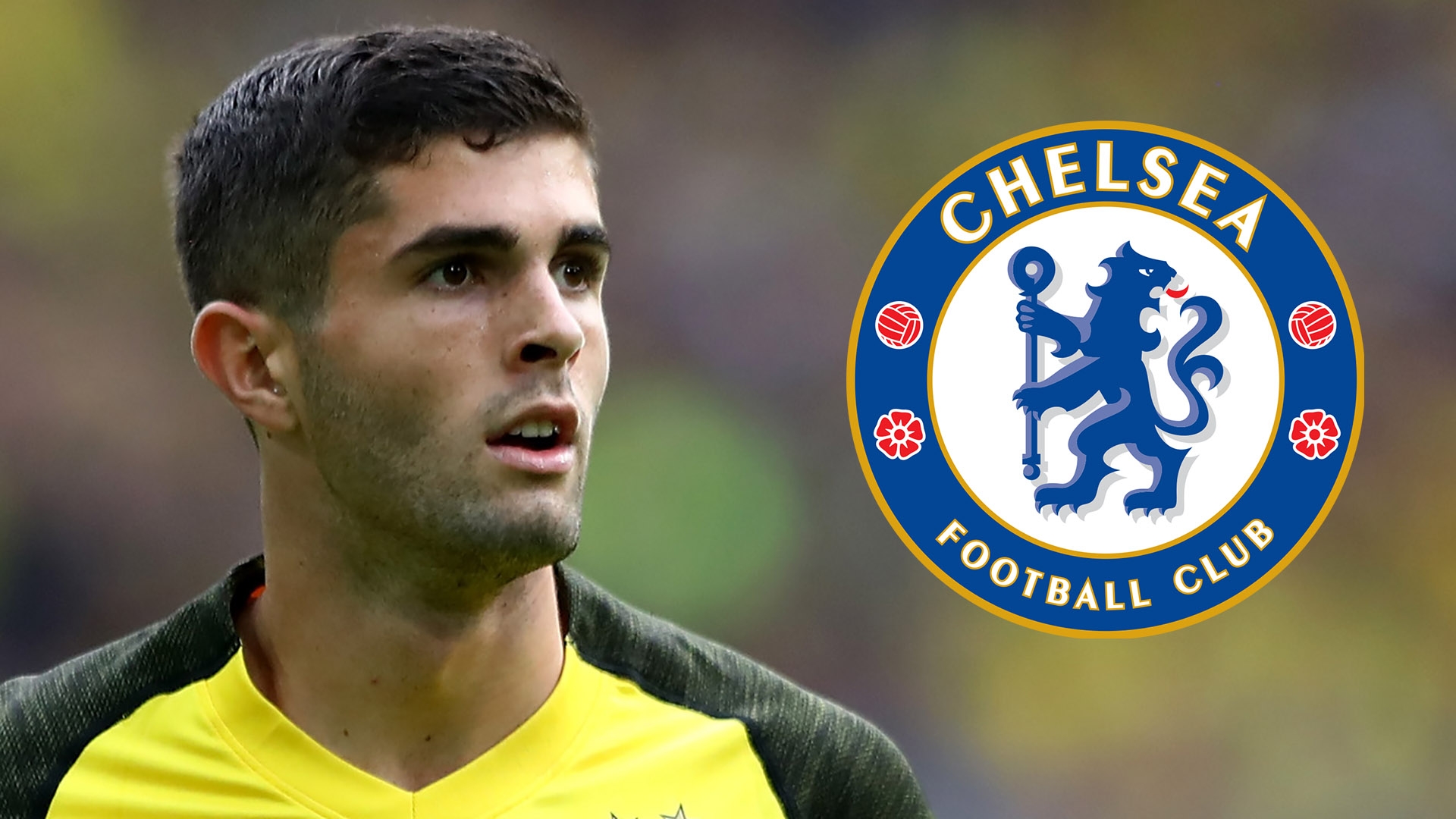 Christian Pulisic is backing to Chelsea to “work it out” before he completes a £58 million ($74m) move to Stamford Bridge over the summer.

The United States international already has a deal in place which will be taking him away from Borussia Dortmund and to a new chapter in his career in England.

Chelsea moved quickly to thrash out that transfer as they were eager to fend off rival interest in the highly-rated 20-year-old playmaker.

They are delighted to have got their man, but struggles have been endured in west London since that big-money agreement was struck.

Maurizio Sarri is seeing his methods questioned on the back of two humbling defeats on the road which have seen Chelsea hammered 4-0 at Bournemouth and 6-0 at Manchester City.

There are clearly issues to address, but Pulisic is confident that they will have been ironed out by the time he opens a Premier League adventure.

He told reporters of goings on at Chelsea after being in London for Dortmund’s 3-0 Champions League defeat to Tottenham on Wednesday: "It's tough for me to say.

"They've had some tough results but I know they're going to work it out.

"They're a great team with great players and a good coach. So they're going to figure everything out."

Pulisic was given an early taste of what to expect from the Premier League when facing Spurs.

He did not enjoy the best of times in that contest, with Mauricio Pochettino’s side netting three times in the second half at Wembley Stadium to take control of the continental clash.

While not the experience he was hoping for in a first outing on English soil since pledging his future to Chelsea, Pulisic says he is still looking forward to rekindling a rivalry with Tottenham and other title hopefuls in 2019-20.

He added: "Tottenham are a great side, it's good to play against great competition in any league.

"But obviously I'm definitely looking forward to next season."

Pulisic and Dortmund will get the chance to try and stage a remarkable Champions League turnaround on home soil when Spurs head to Germany for the second leg of their European encounter on March 5.