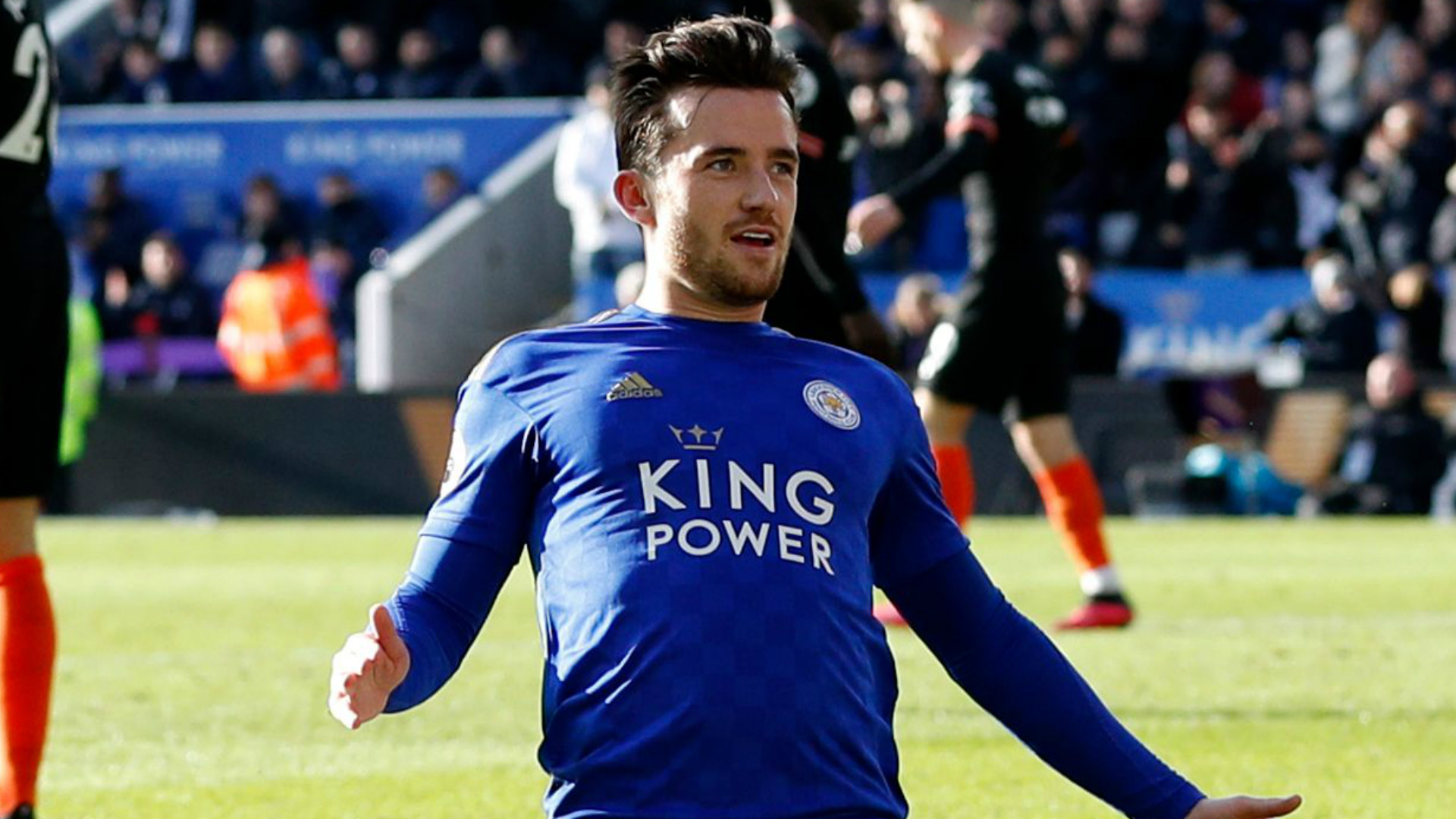 Chelsea are growing increasingly confident that they can convince Leicester City full-back Ben Chilwell to move to Stamford Bridge this summer, but face a major stumbling block over the transfer fee.

The England defender is one of Chelsea's primary targets ahead of the transfer window and he is aware of interest from the west London outfit.

However, Leicester will demand a huge fee for Chilwell as they did for Harry Maguire, whom they sold for a world-record £80 million ($97m) fee to Manchester United in 2019.

Chilwell, 23, will command a similar amount, Goal has learned, while he still has four years remaining on his contract at the King Power Stadium.

The Foxes are in a strong position financially, especially if they can qualify for the Champions League next season having put together a campaign that currently sees them sit third in the Premier League table.

Chelsea have alternative options on their shortlist, such as Porto's Alex Telles and Getafe's Marc Cucurella, but Chilwell remains Lampard's preference if a deal can be reached.

Despite his impressive form in Portugal, Telles remains unproven in Europe's top five leagues due to an underwhelming spell at Inter five years ago.

Still, his €40m (£36m/$42m) release clause means that he is a more viable option, with the Portuguese league leaders likely to be forced to sell unless they can agree a new contract with the Brazilian.

Cucurella, meanwhile, has performed superbly in La Liga this season and would likely cost €25m (£23m/$28m), with clauses in his loan arrangement with Barcelona leaving a door open for a move this summer.

Furthermore, any incoming left-back signing will leave Chelsea in the position where they need to sell one of their current full-backs.

Both Emerson Palmieri and Marcos Alonso are happy to stay at Stamford Bridge, providing they are able to secure enough game time under Lampard having become settled in London.

One of the two will have to be sold in the event of any incoming signings at left-back, with Lampard keen on seeing another name arrive this summer.

Emerson has not played for Chelsea since January 22 having been dropped by Lampard following a disappointing performance in the 2-2 draw with Arsenal.

Juventus and Inter are monitoring the Italy international's situation, with Azzurri boss Roberto Mancini having made public his concern about the lack of game time his first-choice left-back is obtaining at Chelsea.

“It would be nice if Emerson Palmieri, who hasn’t played much for Chelsea, could come and play in Italy,” Mancini said in a recent interview with Gazzetta dello Sport.

Antonio Conte wanted Alonso at Inter in January, meanwhile, but the €35m (£32m/$38m) asking price halted any move. The Nerazzurri then signed Victor Moses on loan from Chelsea instead with a €10m (£9m/$11m) option to buy.

The Blues' transfer arrangements will be massively impacted by the current coronavirus pandemic which has stopped football across Europe.

All clubs are currently unable to work out their budgets, with uncertainty remaining as to whether the season will be completed before June 30 and if that will mean they are unable to access TV revenue.

Chelsea have delayed their return to training despite exiting a 14-day self-isolation period after Callum Hudson-Odoi tested positive for coronavirus.

They have told their squad that a return date of April 6 has been set but that is subject to change as the authorities monitor the public health risk of the current crisis.