The France World Cup winner is widely regarded as the best box-to-box midfielder on the planet so why do Chelsea struggle for balance when he plays?

After winning back-to-back Premier League titles, the World Cup and becoming Chelsea's most respected player, it is hard to be critical of any aspect of N'Golo Kante's football career.

Still, Frank Lampard may be thinking the unthinkable after the 1-0 defeat to Newcastle; dropping his club's best-paid player with the club having not won two league games in a row for over two months.

Kante is struggling through injury for the first time in his career this season, stemming from the decision to play through the pain barrier in the Europa League final.

Having played through illness and grief in the World Cup final, Maurizio Sarri then called on Kante to play in Baku in spite of his knee injury and he needed pain-killing injections in order to contribute to a glorious 4-1 win over Arsenal.

One source from inside the camp thought Kante wouldn't make the showpiece match but he lined up from the kick-off and played the full 90 minutes. He has had problems from that day since, missing the entirety of new manager Lampard's pre-season.

Kante has had almost a half-dozen other injury issues - ranging from ankle problems to hamstring complaints - throughout the season causing him to miss a total of 14 games.

When he has been available, Kante has not had the same impact in recent years. That could be due to missing pre-season and adapting to another new manager or simply because of a lack of match rhythm being built up.

That statistics show this and, remarkably, Chelsea are winning more without him in the side. Chelsea have only won 33.3 per cent of their league games with Kante in the team and 87.5% without him. In all competitions it gets slightly better but they have still won only 36.8% with him and a surprising 71.4% without him. 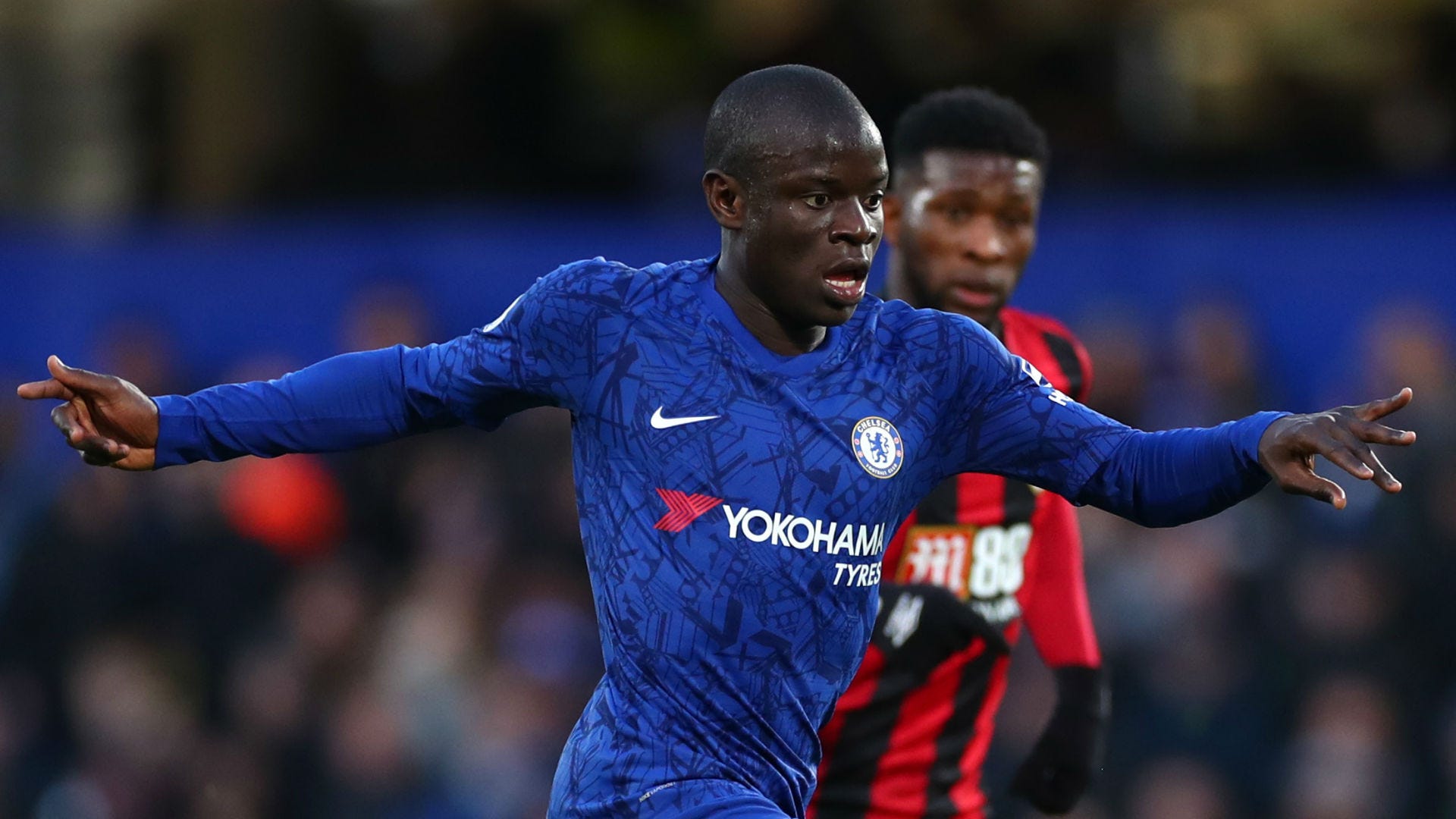 Against Steve Bruce's Newcastle side, Kante struggled, missing the big chance of the game and uncharacteristically failing to dominate his opponents through the midfield. He won just 29.4% of his 17 duels, gave away four fouls and squandering a fifth of his passes.

Lampard follows Sarri's lead in asking Kante to play further forward in a midfield three, after his success in a two-man midfield under Claudio Ranieri and Antonio Conte.

Mateo Kovacic has been a star performer for Chelsea since turning his loan move permanent from Real Madrid for £40 million ($51.9m / €46.8m) in the summer. He and Jorginho have struck up an exceptional partnership that has been acknowledged by Lampard himself. 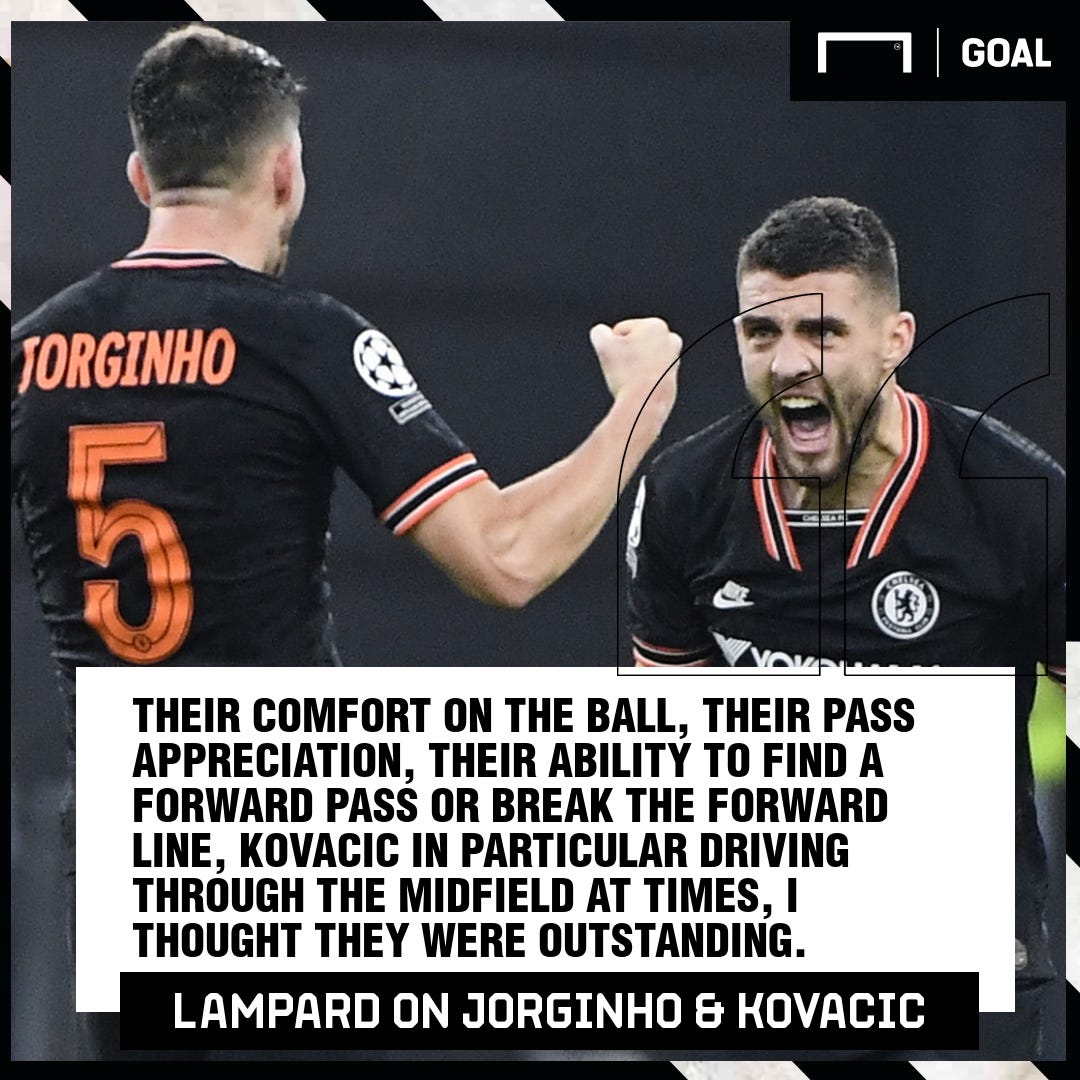 "It’s great to watch, I enjoyed watching their play," Lampard said after the Watford win, with Kante missing five of Chelsea's six games during their best winning run of the season. "For 25 minutes it was outstanding, we controlled it.

"The link between Jorginho and Kovacic and Mason [Mount], their comfort on the ball, their pass appreciation, their ability to find a forward pass or break the forward line, Kovacic in particular driving through the midfield at times, I thought they were outstanding."

The Jorginho-Kovacic partnership has been broken up in recent weeks but the duo has delivered balance in Lampard's system, which also asks his players to express themselves wherever they play on the pitch.

Kante is widely regarded as the world's best box-to-box midfielder and will likely continue against Arsenal but Lampard must increasingly be looking at how the presence of the France superstar affects the balance of his team.