Who is in the lead in the race to become the all-time top scorer in Europe's leading club competition? We've taken a look at the top finishers

The Champions League has featured some of the best goalscorers in history.

As the premier club competition in Europe and arguably the world, it is a stage that has been graced by countless icons of football.

Striking sensations such as Raul and Andriy Shevchenko dominated during the 1990s and 2000s, while Cristiano Ronaldo and Lionel Messi have taken the art of scoring to a whole new level.

Goal takes a look at the all-time top scorers in the competition's history, dating back to the inaugural European Cup in 1955.

Who is the all-time Champions League top scorer?

As you can see from our table below, Cristiano Ronaldo is the top scorer in the history of the Champions League (including the European Cup). He is closely followed by his arch-rival, Lionel Messi.

There is a significant gulf between that pair and the rest, Bayern Munich striker Robert Lewandowski following in third.

Karim Benzema follows in fourth, while Raul completes the top five, with the likes of Ruud van Nistelrooy, Thomas Muller and Thierry Henry among the best of the rest.

***Players in bold are still active

The composition of the all-time goalscorers list is mostly made up of players who are playing or played in the modern Champions League era (i.e. 1992 onwards) which has added more contintental games to the modern day calendar. Specifically, of the 20 players in the list above, 15 of them played from the mid 1990s on. 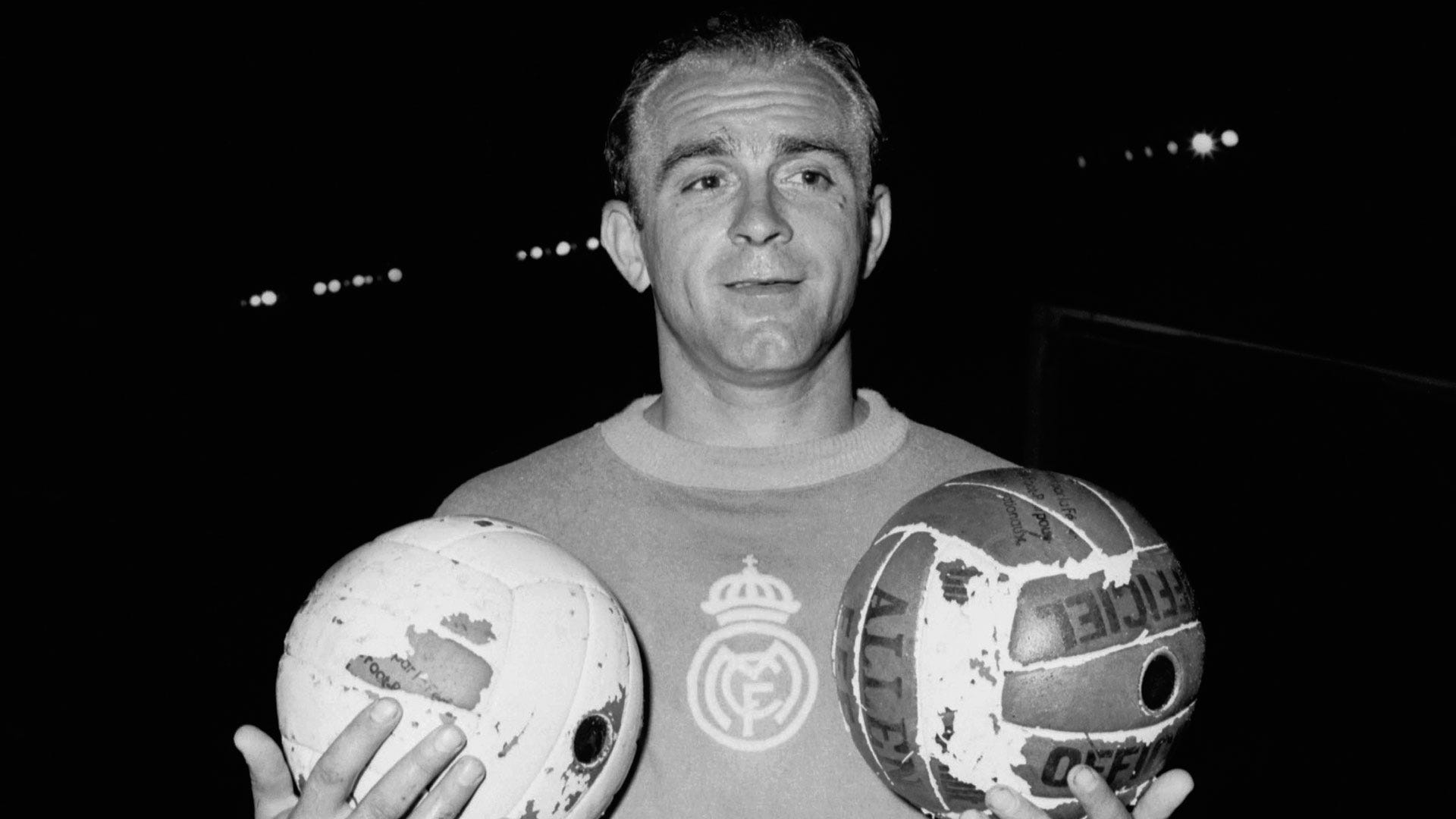 However, despite that, two players who played in the pre-Champions League era (when the tournament was known as the European Cup) still figure prominently, with former Real Madrid star Alfredo di Stefano and Benfica icon Eusebio featuring in and around the top 10.

Ferenc Puskas , who shone for Real Madrid in the 1950s and 1960s, is also in the top 20. Former Bayern Munich striker Gerd Muller was in the top 20 before being edged out by Mohamed Salah. Despite being nudged out, no player comes remotely close to Gerd Muller's phenomenal goals-per-game ratio of 0.95.

Puskas boasted a goal-to-game ratio of 0.85 and Di Stefano's was 0.84, while Messi's is currently 0.8, which is undoubtedly the best in the modern era.