Celtic’s Irish connection: Why Scottish club are associated with the country 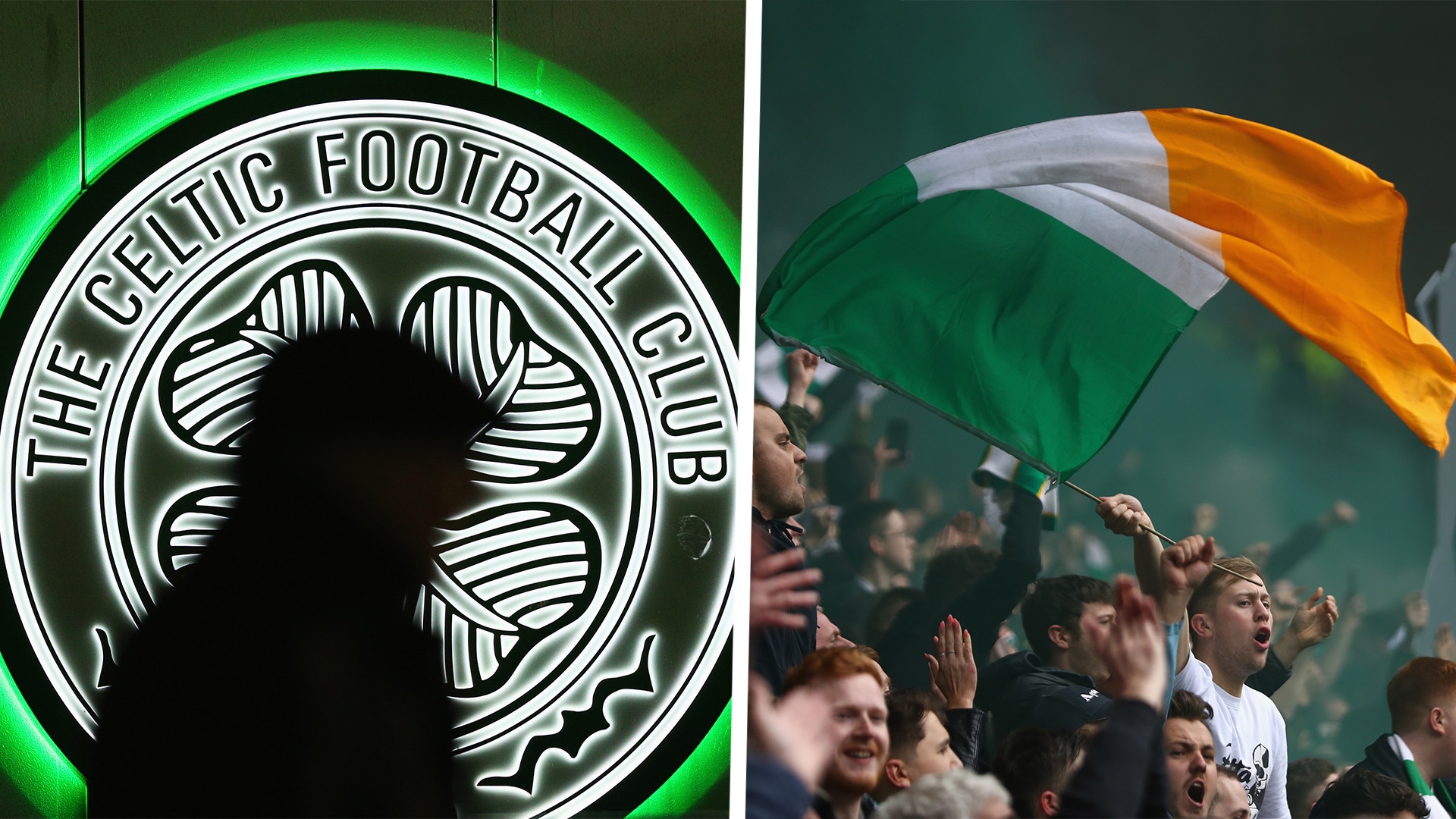 Celtic hold the distinction of being the first British club to win the European Cup and they are among Britain's best supported teams.

However, while they are undoubtedly Scottish and British, the Glasgow outfit have a strong connection to Ireland and a unique affinity with Irish supporters.

Where did it come from and how has their identity developed? Goal takes a look at Celtic's enduring association with Ireland.

What is Celtic's Irish connection?

An Irish identity has been strongly imbued in the fabric of Celtic ever since the club's foundation in 1887.

The club was established by an Irishman, Brother Walfrid, whose goal was to help improve the conditions in which the Irish immigrant population in Glasgow lived.

Walfrid, who was born Andrew Kerins in Ballymote Co. Sligo, chose the name Celtic to reflect the club's combined Irish and Scottish identity. A Celtic cross and later a four-leaf clover - symbols with a distinctly Irish flavour - have featured on the club's badge, while their colours, green and white, are also synonymous with Ireland.

As well as being founded by an Irishman and leaving little doubt about what they represent in their kit iconography, Celtic's first manager, Willie Maley, was from Ireland. While he played internationally for Scotland, Maley, who won 16 league titles and 14 Scottish Cups as Celtic boss, was born in Newry Co. Down, a town in the north of Ireland.

In 1892, in order to further reinforce the Irishness of Celtic, the first sod of turf laid at the newly constructed Celtic Park was one that had been imported from Co. Donegal in Ireland. It was planted along with a smattering of shamrocks by Irish republican leader Michael Davitt.

The symbolism of this moment in the club's history was later invoked following the redevelopment of the stadium in 1995 when a piece of turf sourced from The Rosses area of Donegal was also laid.

Irish players and managers have also helped to maintain the strong links between the club and Ireland.

Martin O'Neill, Brendan Rodgers, Neil Lennon, Liam Brady and Sean Fallon all managed the team, while players such as Mick McCarthy, Paddy McCourt, Liam Miller, Robbie Keane and Roy Keane are held in high regard by fans for their efforts in a Celtic shirt.

How popular are Celtic in Ireland?

Celtic draw upon a deep well of support throughout the island of Ireland.

The Association of Irish Celtic Supporters Clubs (AICSC) lists 44 different official supporters clubs on its directory and there are plenty of unofficial groupings dotted throughout the island too.

When Celtic played League of Ireland side Shamrock Rovers in a pre-season friendly in 2017 it was described as a "symbolic" game by then manager Brendan Rodgers.

"Lots of our supporters come from Ireland and all around the world," Rodgers told the official club website ahead of the game in Dublin.

"I think during pre-season it's always nice to take our players to the supporters and obviously going to Ireland is very symbolic for everyone involved at Celtic."

Brian McGuirk, author of Celtic FC: The Ireland Connection, explained that Celtic is "more than a football club" for Irish people.

"Celtic is a club that we Irish and our diaspora can proudly call our own," McGuirk said. "Celtic is our legacy, left to us by the courage and vision of Irish men like Brother Walfrid, John Glass and Pat Welsh.

"Many of the ‘great men’ involved in Celtic’s formation were immigrants into Glasgow from their native Ireland, a country crippled by famine and political unrest.

“We didn’t just happen to support Celtic; Celtic is a part of us. Celtic for us is so much more than a football club. Celtic is an institution, an identity and a celebration of being Irish or being of Ireland."

The matter of supporting Celtic in Northern Ireland is somewhat complicated by the bloody socio-political conflict that gripped the region during the late 20th century, with the Old Firm derby providing convenient totemic institutions to which individuals could tether.

Sympathy for the cause of Irish republicanism has long featured in the stands of Celtic Park - though not endorsed by the club - with fans occasionally getting into trouble for displaying contentious political banners.

For example, a banner juxtaposing William Wallace with IRA hunger striker Bobby Sands, which appeared during a Champions League game against AC Milan in 2013, earned a €50,000 fine from UEFA. The club was fined €23,000 by the European governing body in 2017 for a similar banner showing a masked paramilitary figure, which was unveiled in a Champions League qualifier against Linfield.

What other clubs have an Irish connection?

Interestingly, while they are known the world over as Scotland's Irish club, Celtic are not the only club from the country with an intrinsic Irish dimension.

Indeed, Edinburgh outfit Hibernian, whose name is derived from the Latin name for Ireland (Hibernia), were established in 1875 - 12 years before Celtic - by Irish immigrants and, indeed, served as a source of inspiration for the Parkhead team. Like Celtic, Hibernian have Irish symbols in their badge (a harp) and play in green and white.

Elsewhere, in the Scottish city Dundee, Irish immigrants sought to emulate Hibernian by setting up a team called Dundee Hibernian - now known as Dundee United. However, the club's historic Irish connections are nowhere near as emphasised as Celtic's.

It's not just football where Irishness is a core component of a team's identity. NBA team Boston Celtics, founded in 1946, embraced the profound sense of Irishness within the city of Boston in their name, logo (Lucky the Leprechaun), and colourway.

Intercollegiate American Football team Notre Dame in Indiana are known as the Fighting Irish. Like other teams to embrace the Irish identity they have a leprechaun mascot (previously Irish terrier dogs) and play in variations of blue, gold and green. It is unclear where the Irish connection stems from, but theories range from the influence of Irish politician Eamon De Valera to the fact that many players were from Irish families.