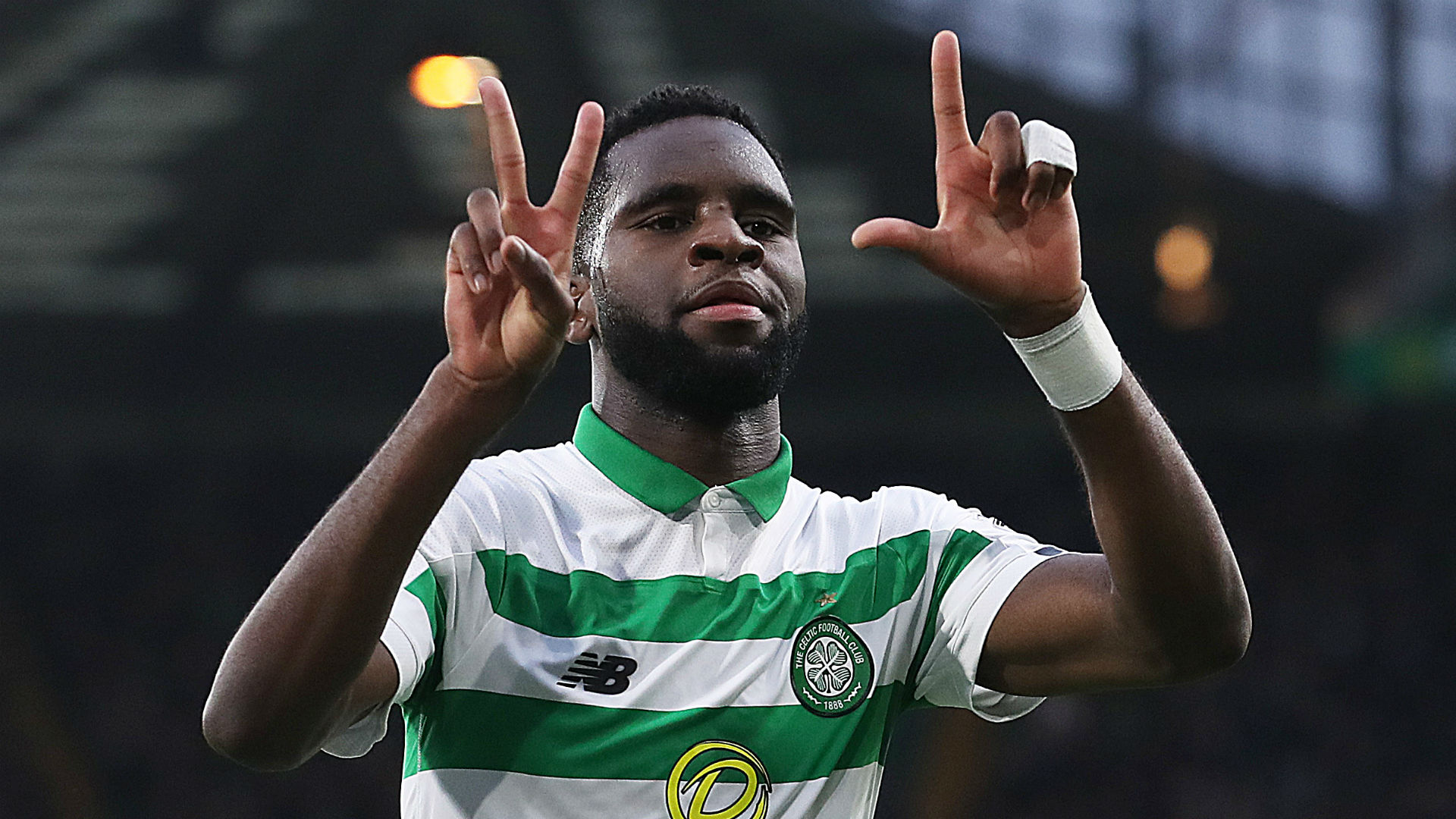 The Frenchman gave another demonstration of why he has been linked with a move to the Premier League on Sunday.

Neil Lennon expects Odsonne Edouard to be in demand after he started the new season with a hat-trick in a 5-1 thrashing of Hamilton, though Celtic intend to do all they can to keep the forward.

Everton and Leicester City are among the Premier League clubs to be linked with Edouard, who joined Celtic for a reported club-record fee of around £9million in 2018 after a successful season-long loan.

Arsenal are also believed to be monitoring the striker's progress as they consider potential replacements for Pierre-Emerick Aubameyang, whose Emirates Stadium future remains uncertain.

The 22-year-old hit the ground running with a treble as Celtic began their quest to win a record 10th consecutive Scottish Premier League title with a commanding win on Sunday.

Lennon is braced for interest in the former Paris Saint-Germain player during the transfer window, but he hopes to keep hold of his prized asset.

Asked about rumoured interest in Edouard, the Celtic boss said: "We can't help that, it's inevitable. But we'll try to stave off any admirers. I'm sure there are plenty out there, but we love having him here and I'm sure he’s enjoying it.

"He'll be well on the radar of clubs before the start of this season. He had 28 goals up until March last season and I was delighted with that goal return.

“I was delighted with the goals he got too, he was on the end of things and that pleased me.

“They were striker's goals. Normally you associate Odsonne with brilliant individual goals, but there were a few tap-ins and a near-post run.

"I'm absolutely thrilled and I'm sure he's happy, but we are as a team looking to build on what we've started with."

Edouard played down talk of a move when he was asked about his future earlier this summer, saying he would "love to be a part" a tenth straight title win for Celtic despite being "flattered" by talk of a move to Arsenal.