If Italy’s success at this summer’s Women’s World Cup was unexpected, then the impact it had back home was unprecedented.

While Milena Bertolini’s side were making history in France – equalling their best ever performance by reaching the quarter-finals in their first appearance in 20 years – those back home were taking notice.

'An Italy to love: Calcio discovers women' read Gazzetta dello Sport’s headline the morning after the Azzurre opened their campaign with a surprise win over Australia, while Tuttosport led with ‘Sisters of Italy’.

The appreciation hasn't proven short-lived either, with that initial wave of support showing no signs of subsiding going into the new domestic season, which gets under way this weekend.

Sky Sport Italia got behind the Azzurre all summer, producing incredible coverage that even included an official song to support their World Cup campaign.

Sky will also broadcast women's Serie A matches again this season – but more than ever before.

Indeed, there will now be at least one game televised live on every matchday; this weekend, there will be two.

Juventus’ opening fixture, against Empoli, has been rescheduled for a primetime slot at 8:45pm local time (7:45pm BST/2:45pm ET) on Saturday night, while Roma’s clash with Milan will be broadcast at Sunday lunchtime.

It’s a smart move, as this summer’s tournament showed that the audience is there for the women's game. 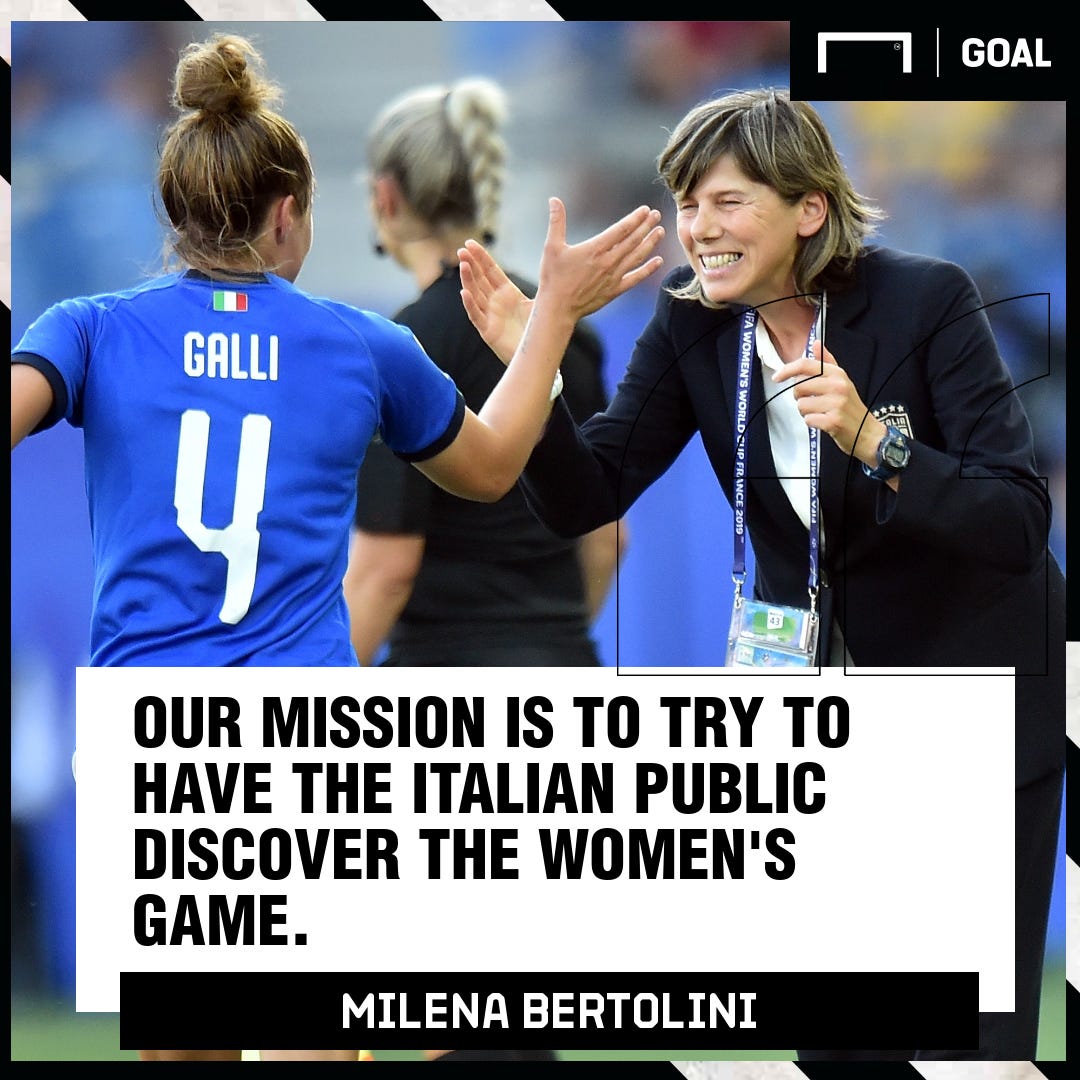 After victory over Jamaica in Italy’s second group game, a new record domestic television audience for a women’s football match was set when they finished their group stage against Brazil.

Previously, that record had stood at just over 200,000, for the 2011 World Cup final between the USA and Japan.

But for their third game in Group C, a whopping 7.3 million people tuned in as the Azzurre qualified for the last 16.

Then, after the 2-0 win over China saw them reach the last eight, the morning papers celebrated their new heroines again.

‘Unstoppable’ said one, but it was Corriere dello Sport’s ‘Incredible but true’ headline that was most fitting, for it perfectly conveyed the mood back home to the players in France.

“The media attention we’re getting is invaluable for the growth of women’s football in Italy,” Cristiana Girelli, Italy’s hat-trick hero against Jamaica, told FIFA.

“We are here trying to win but we are also here to send a strong message to society back home, that there is still so much to do.

“We are here to be role models to little girls who are starting to play football and who could one day experience games like we’ve just had against Australia and Jamaica.”

While the team may not have set themselves targets on the pitch for a tournament many didn’t expect them to be at, there were clear aims elsewhere.

"We want to earn respect back home. Our mission is to try to have the Italian public discover the women's game,” coach Bertolini, nominated for FIFA's The Best Women's Coach award this year, said.

"I really believe this Italian side has allowed the women's game to break new ground back home.

"What the girls are currently achieving is very important for the women's game in Italy as a whole. It's massive, knowing that back home they are watching.” 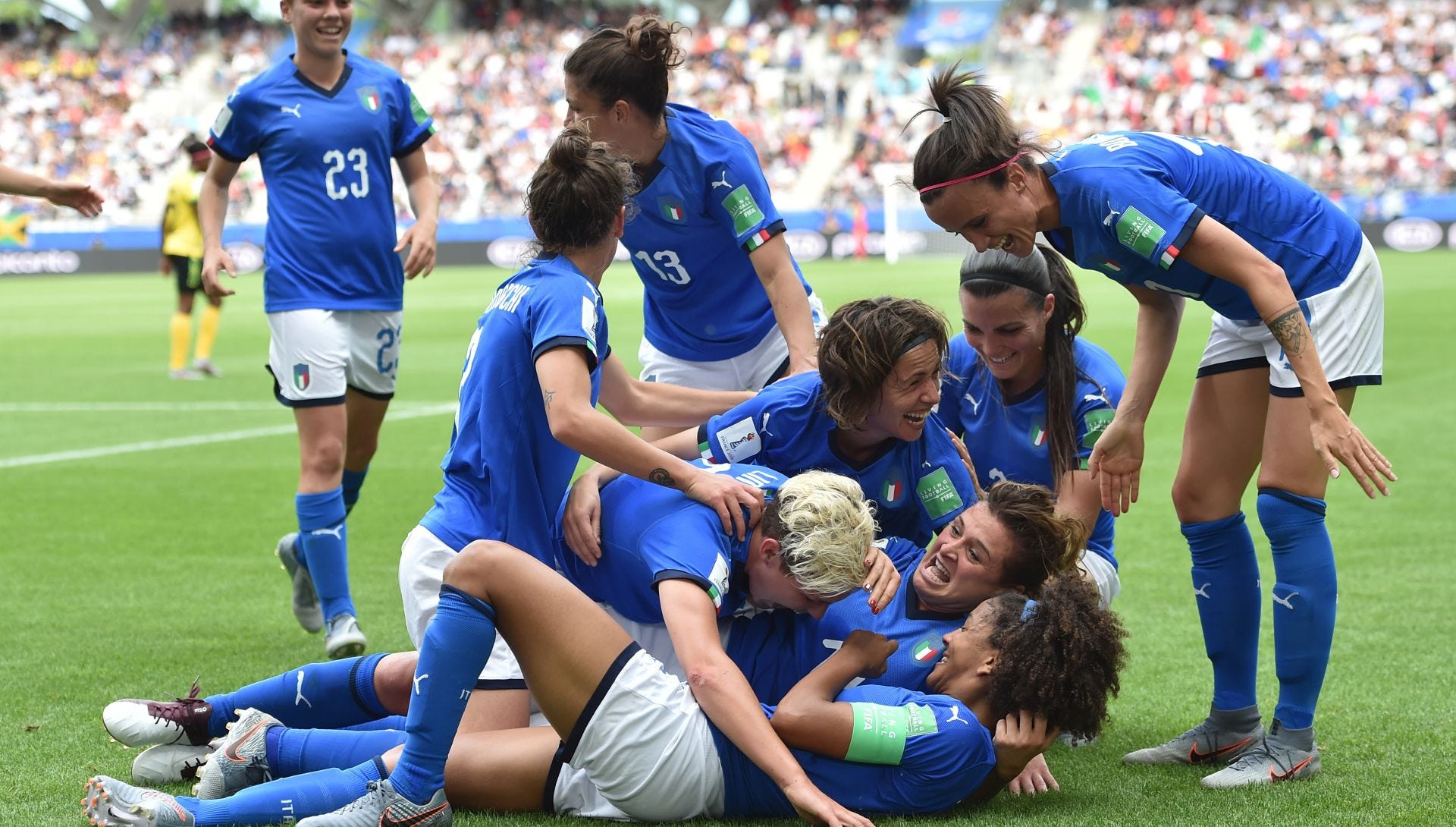 Now, the task at hand is to keep that audience engaged. A flurry of high-profile signings will certainly help.

Inter’s promotion to the top tier throws another big club into the mix as well, and with signings like Lisa Alborghetti and Julie Debever – Italy and France internationals, respectively – they promise to stick around.

Reports said that the Fiorentina captain had been offered a €250,000 contract with Real Madrid’s women’s team, CD Tacon, but she decided to stay put.

“Florence is my home and I’m happy to be here,” she told the club’s official website. “I’m where I need to be.”

Champions League results show that the Italian game still has some way to go in catching up to the rest of Europe, with Guagni's Fiorentina losing 4-0 to Arsenal this week and Barcelona beating Juventus 2-0.

But that is understandable, with Roma coach Elisabetta Bavagnoli telling the Equalizer: “In the late 1990s and early 2000s, the women’s game in Italy suffered an abrupt decline. We players realised that by looking at other countries, where women’s football was developing quickly.

"In the rest of the world, interest in women’s football was growing thanks to the 1999 World Cup, but in Italy the momentum created by a golden generation of footballers – a generation at the end of its cycle – was fizzling out.

"There wasn’t really a new generation ready to take up the baton because the improvement in the quality of the Italian national team in the 1990s didn’t coincide with improvements to facilities, which would have allowed younger Italian footballers to develop their talent.”

Barbara Bonansea, the Juventus forward who scored both goals in Italy's win over Australia this summer, experienced this decline in a different way growing up.

“When I was a little girl, I did not even know that there was women’s football,” she told the Equalizer.

“I only saw Patrizia Panico once in a charity game with the boys and I said, ‘Look mum she’s a girl.’ That was the first time I knew the existence of other girls playing football like me.”

Now, Bonansea and Co. have bridged that gap and inspired a whole new generation of aspiring footballers – both boys and girls.

In a time when football in Italy is battling problems of racism, the attitude towards the women’s game offers a feel-good story to be proud of – and one that looks set to continue as the new season begins.