The Reds would be reluctant sellers this summer, but the 24-year-old knows he may have to move in order to secure regular football

Burnley and Brighton are among a host of clubs keen on signing Nat Phillips from Liverpool this summer, Goal can reveal.

The centre-back is attracting interest from a number of Premier League sides following an impressive breakthrough campaign for the Reds last season, with Newcastle and Southampton also making enquiries.

And while Liverpool sources insist that no decision has been made on the 24-year-old’s future, Goal understands that there is a deal to be done if the price is right, and that the player himself is open to the idea of moving on.

Phillips emerged as a surprise hero at Anfield last season, playing a key role in the second half of the campaign as Jurgen Klopp’s side secured a crucial top-four finish.

But with Virgil van Dijk, Joe Gomez and Joel Matip all close to returning from long-term injury, and with Ibrahima Konate signed from RB Leipzig in a £36 million ($50m) deal, it appears first-team opportunities will be limited next season.

Liverpool would be reluctant sellers, with Klopp a big fan of Phillips’ attitude and professionalism. Reds supporters, too, have taken to the former Bolton man, who made 20 appearances in all competitions last season.

Phillips still has two years left on his contract, but is keen to play regular football, as he revealed in an exclusive interview to be published on Goal this week.

“The plan at the moment is to go back to Liverpool for pre-season and just go from there, really,” he said,

“In terms of Liverpool, they obviously play a huge amount of games every year. Game-time is never guaranteed for anyone, but it would depend on whether there’s enough opportunity within those games for me, I guess.”

Who is leading the race?

Goal has learned that Burnley and Brighton are the two clubs to have expressed the strongest interest as things stand. 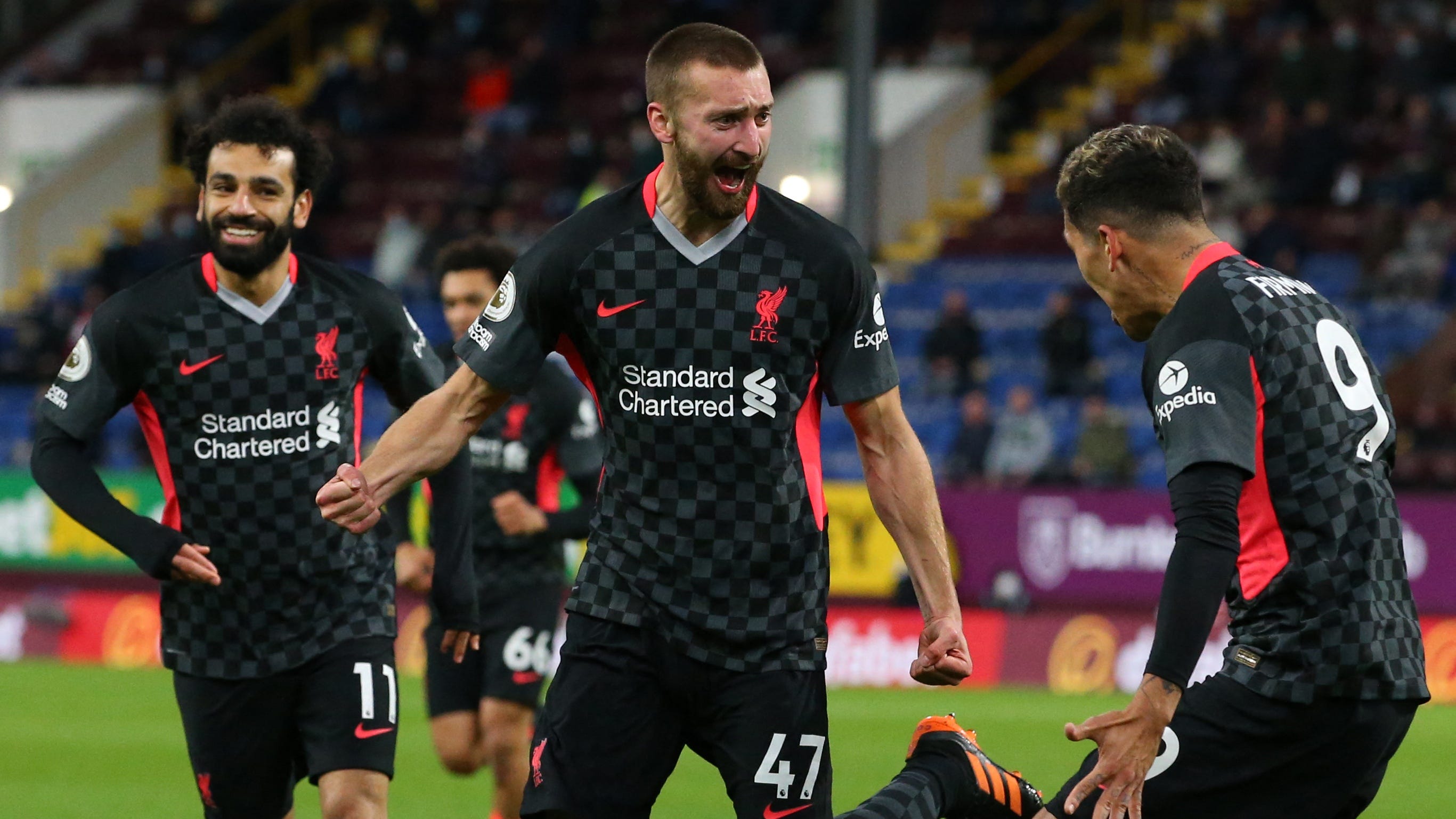 Both would appear to be good fits, particularly if they were to lose one of their first-choice centre-backs in the coming weeks. Burnley’s James Tarkowski has been linked with Leicester, while Brighton’s Ben White is a target for Arsenal.

Newcastle and Southampton, too, have made contact with Liverpool over Phillips, who also has admirers in Europe on the back of his impressive performances last season, and a decent loan spell with Stuttgart in the German Second Division in 2019-20.

How much would Liverpool want for him?

Reds sources insist there is no clamour to sell this summer, though they are sympathetic to Phillips’ situation, and his desire to play regularly.

Certainly, his value has rocketed since last summer, when he was close to joining Swansea in the Championship. Then, he would have commanded a fee of less than £4m ($5.5m), but Liverpool would be looking for at least treble that now.

Sporting director Michael Edwards, and his assistant Julian Ward, are well aware of the fees paid for centre-backs in the Premier League recently, and Phillips’ price will be set accordingly against those.

The Reds are also aware that Championship club Stoke have been asking for up to £20m ($28m) for Nathan Collins, a player without any top-flight experience, this summer.

Collins, in fact, is also wanted by Burnley, though it is understood that move would not affect any potential bid for Phillips.

Who else is likely to leave Liverpool?

As reported earlier this week, the Reds are prepared to offload young full-back Neco Williams, with Southampton and Leeds leading the race for the £10m-rated Wales international.

The futures of Divock Origi, Xherdan Shaqiri and Takumi Minamino remain uncertain - all three would be sold if a suitable offer was received - while Harry Wilson and Marko Grujic are being lined up for permanent moves having spent the last few seasons out on loan. Winger Sheyi Ojo and goalkeeper Loris Karius also fall into that category, as does Ben Woodburn.

Striker Taiwo Awoniyi is another in the shop window, and should find his options boosted after securing a UK work permit. What happens with Ben Davies, the January signing from Preston who is yet to play a single minute for the club, remains to be seen.