The striker walked off after an hour at the London Stadium on Sunday, leaving Ole Gunnar Solskjaer severely short of attacking options

Manchester United have been hit with a severe injury blow as Marcus Rashford limped out of their 2-0 Premier League defeat at West Ham on Sunday.

The 21-year-old went down off the ball after making a run in behind the defence with an hour played, and appeared to be holding his thigh as he trudged from the pitch in clear distress.

He was replaced by Jesse Lingard, with 17-year-old Mason Greenwood left out of the squad due to illness after his goal against Astana in the Europa League.

Teenage sensation Greenwood has been talked up by his manager of late, with Ole Gunnar Solskjaer rating him among the best finishers he has seen in his career.

And if Rashford’s injury is serious, Greenwood may be thrust to the fore of a vital phase of United’s season, as they face Arsenal and Liverpool in the coming weeks as well as further European clashes.

With Anthony Martial already out of contention, Solskjaer has been left severely short of attacking options following the summer exits of Romelu Lukaku and Alexis Sanchez to Inter.

Martial sustained a thigh injury in the 2-1 defeat to Crystal Palace before the international break, while Paul Pogba is also currently out with an ankle injury. 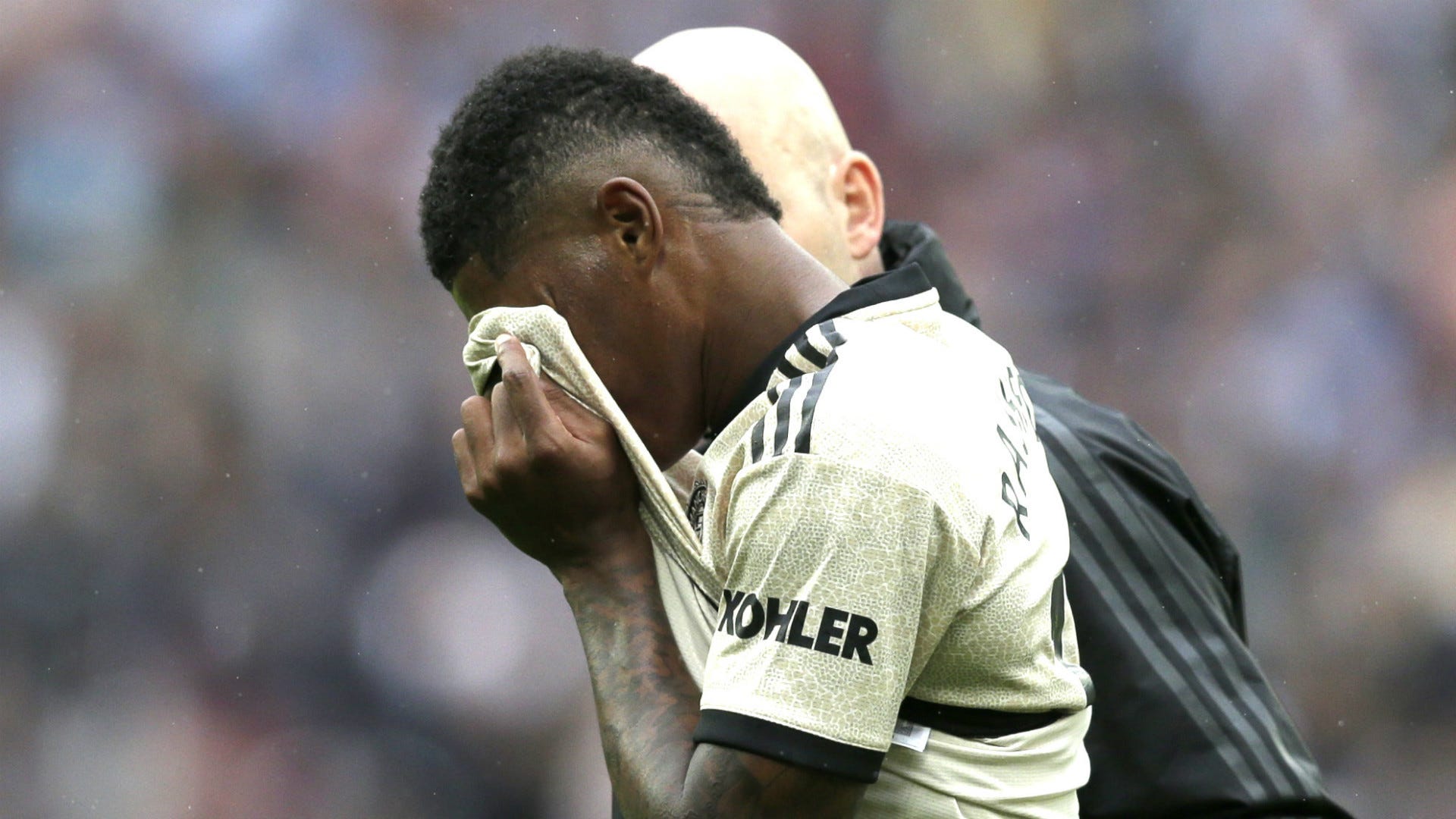 United were at least boosted by the return to fitness of Daniel James, but the Welsh winger struggled to make an impact on the game as United put in a laboured attacking performance.

Speaking after the game, Solskjaer admitted he did not yet know when his young forward would be available to return.

"He feels his groin, let's just do a scan and see how badly he is injured," the manager told MUTV.

"He'll probably miss, I don't know, I'm not a doctor yet!

"You never want to see players injured but that's part and parcel of the game, and we've coped with that before and we're going to cope with that again."

The Rashford injury will doubtless reopen the debate as to whether United were wise to let Lukaku and Sanchez leave without replacing them over the summer.

The paucity of options available to Solskjaer was made evident as youth academy graduate Angel Gomes was brought on from the bench late in the game. The 11 players that finished the match for United had only three Premier League goals between them this season – all of which were scored by James.

United host Rochdale in the Carabao Cup in midweek, an inconvenient extra fixture before their league clash with Arsenal at Old Trafford on September 30.

They then travel to AZ Alkmaar in the Europa League, before further Premier League fixtures with Newcastle and Liverpool.