The Portugal star has scored his 110th goal in international colours, surpassing every other player to have played the game, with more still to come

Back in 2005, there were not many people who would have predicted that 16 years later Cristiano Ronaldo would be the greatest goalscorer in men's international football history.

One who did, though, was Ronaldo himself.

The then-20-year-old had been at Manchester United for two seasons by that stage, during his first, trophy-laden spell at the club, and was spending the summer in the United States as he recovered from an ankle injury.

While he was there, he met up with former Liverpool and Everton right-back Abel Xavier, and outlined his desires to his former Portugal international team-mate.

“I had gone to a hotel and spoke with him and he looked at me and said: ‘Abel I’m going to be the best player in the world'. That was in 2005!” Xavier tells Goal.

"The way he expressed that. The way he said it, especially when he was injured, showed his mentality even then. Some players can be maybe a little bit down when they're injured but he expressed he was determined he was going to be the best.”

Ronaldo was not wrong.

That desire to be the best ever was born long before 2005, but the injury setback just further enforced his desire to reach those goals.

Rewind to when he was at Sporting CP as a teenager, he was given the nickname 'Noodle' by his team-mates due to his slight physique. Unhappy with the tag, he set about conducting his own weight sessions to build muscle, and he had a similar idea in mind when he signed for Manchester United for the first time in 2003.

Working closely with Mick Clegg, former strength and conditioning coach at United, he asked for help to become the best. 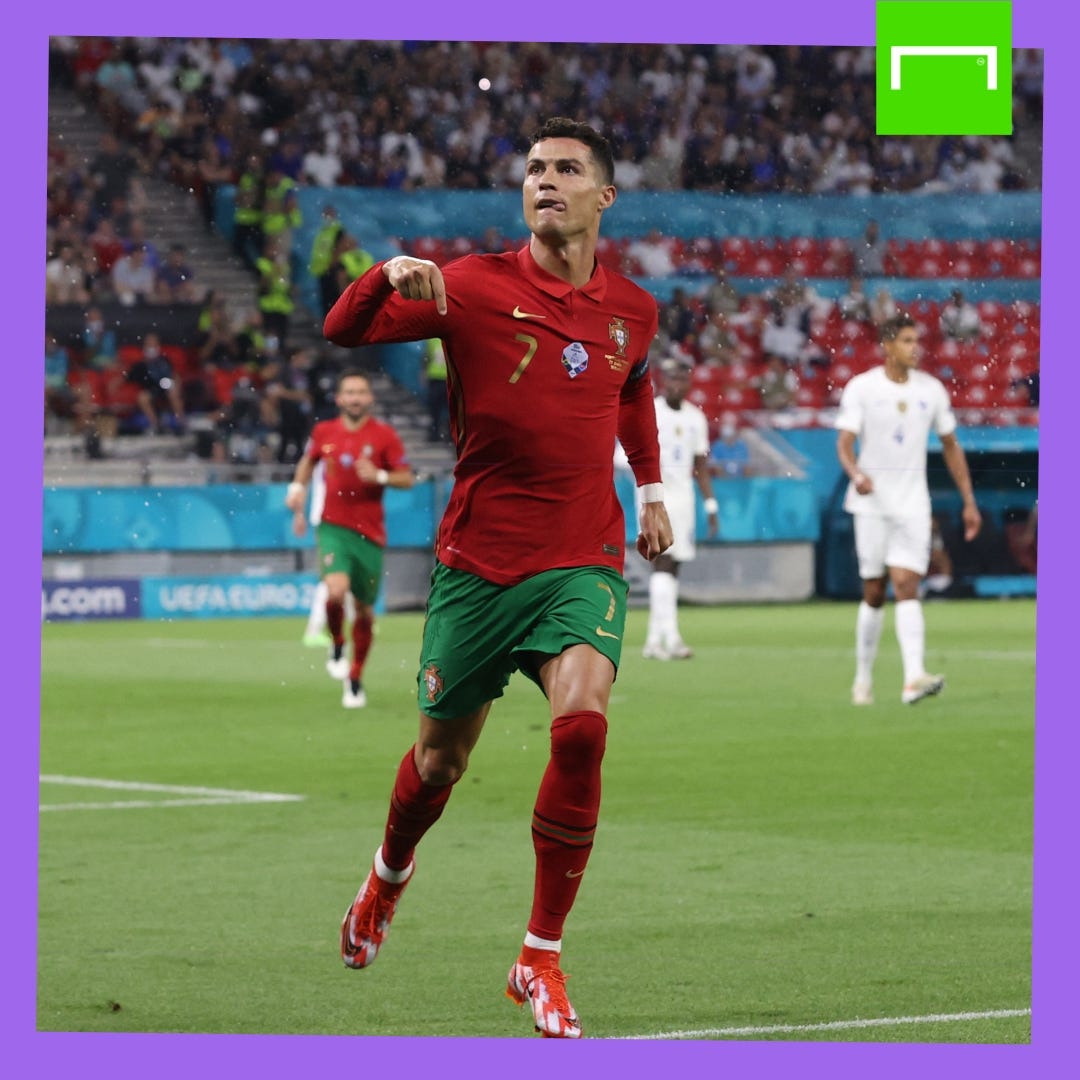 The Portugal international would train with ankle weights in order to improve his game and would practice alone on a pitch behind a hill in order to perfect his tricks without the pressure of being judged if they went wrong.

That is something that has never left him.

“One day, I was in Madrid watching a Champions League game. I think it was Real Madrid and Bayern Munich. They were taking shots at the goalkeepers and, in 20 shots, he missed [only] one,” former Portugal international Costinha tells Goal of a warm-up he witnessed during the five-time Champions League winner's time in the Spanish capital.

“Most other players missed six or 10. When he missed, everyone started joking with him and he became very upset. I was like: 'He only missed one of 20'.

“He then picked up a bag of balls and he went shooting alone on goal. For him, he had to shoot all 20 well. How many players can do that? He was not happy because he missed one. It showed his character and he doesn’t allow himself to miss one chance. This is very important.

"Some people see him upset on the pitch because his pass isn’t good or he does a bad shot and they misunderstand him. His character is just like this. I even asked [Jose] Mourinho after training: 'What happened with Cristiano?' He said: 'Leave him, he will be ready'.”

That fire inside Ronaldo to keep on improving is something he's always had and extends way beyond just football. When compatriot Nani joined Manchester United in 2007 he and Anderson moved in with Ronaldo.

The Orlando City winger recalled the fun and games the three had in Ronaldo's Cheshire home as they settled in to life in England.

"We would even compete as to who was right in situations. Someone would say something and we would argue what was true and who was right."

It is clear whenever you speak to anyone who has worked with the 36-year-old that it is his mentality that has got him to where he is.

“His mental strength and his professionalism is what sets him apart from everyone else,” former Portugal team-mate Nuno Gomes explains to Goal. 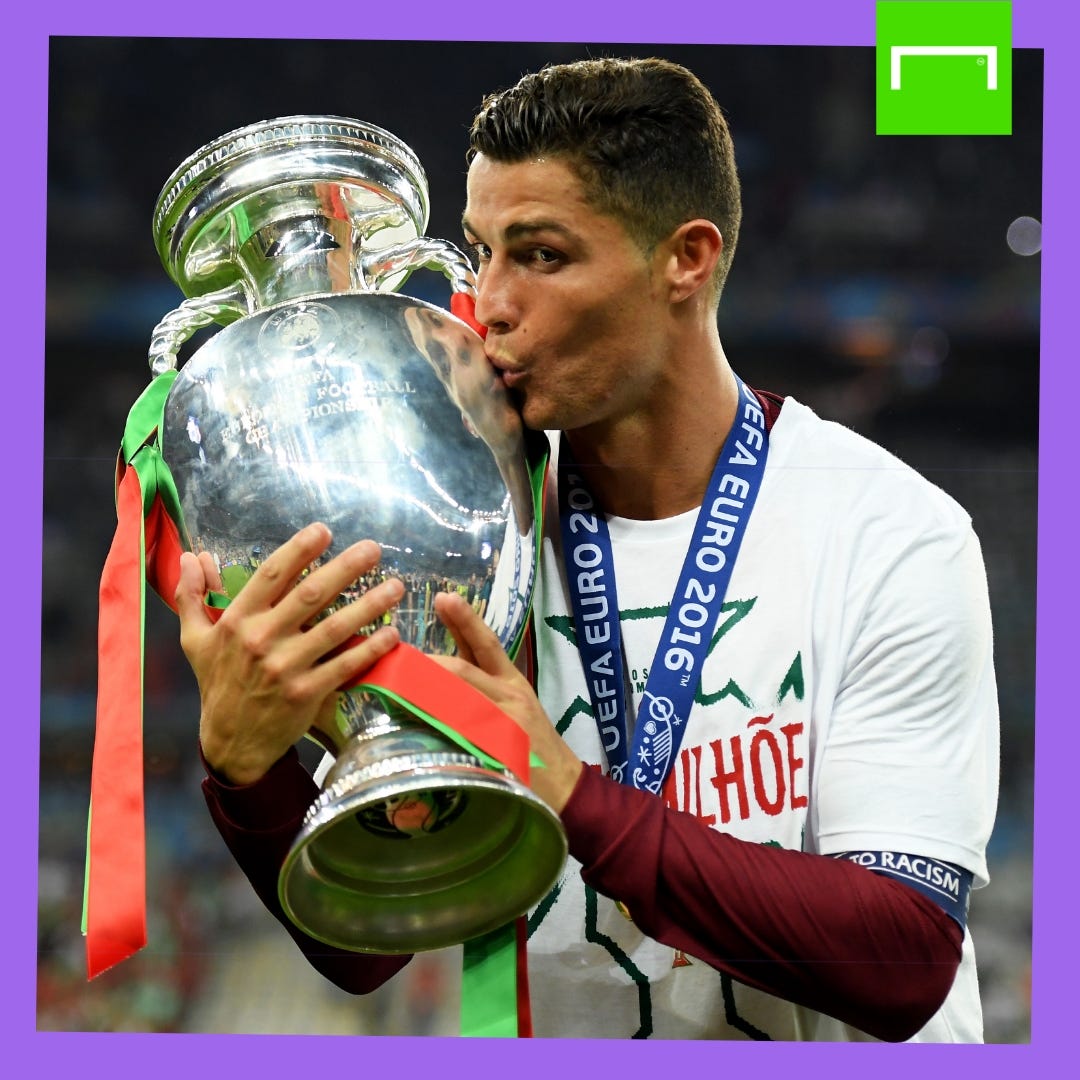 “When you go back through his past, you are talking about a strong, mentally focused player and it’s difficult to shift that,” Xavier adds.

“He’s been helped by being able to play for dominant teams and dominant clubs with good coaches, good surroundings but, for me, the most important thing is the mental approach.

"I think your own history adds something more than your characteristics or talent or ability and I think that’s a big part of the big make-up of Ronaldo.”

The extra sessions, drive, dedication to his craft, diet, training techniques and, more than anything else, determination turned him into the beast that has dominated at the top of world football for a decade and a half.

And that desire to win and be better than everyone else was instilled at him at a young age. Nani recalled being at the same youth training camp as Ronaldo and the latter was crying at the side of the pitch because he hadn't been awarded a free-kick after a foul.

"One of the things I will never forget is that we were playing a tournament and there was a play and he won a foul and the coach didn’t call a foul and the other team went and scored a goal. He went to the bench and he was crying," Nani says.

"The coach went to him and said: ‘Come on, you can’t do that you need to keep pushing sometimes things will happen'. Then he came back on the pitch and he was so furious and someone crossed the ball and he had two touches and a back heel and scored a goal.

"Only he could do that in that time, everyone was like: ‘Woah’ and I was so surprised in the way he was behaving that day.

"Seeing Cristiano and how he behaved made me realise that’s why he’s so good. That’s why everyone says he’ll be the best so I started to look at him and thought I needed to improve myself. At that age I was good but I was not at his level."

That mentality served Ronaldo well and even when he was just starting to push into the first team, he caused a scene. Gomes recalls the then-18-year-old joining up with the Portugal squad for the first time back in 2003.

“He was different to any other young player we had seen coming up to the national team before,” he said. “He always impressed us with his skills, his desire to be better every day, the desire to improve and learn.

“He has always been a player looking to learn more. When he first joined the group, he always liked to talk and listen to the older ones. We often stayed after training, practicing our shooting together.”

And so he set off on his quest to become the best ever with his first international goal coming against Greece in the 2004 European Championship - a 93rd-minute header assisted by Luis Figo that was the start of the quest to ultimately overhaul Iran's Ali Daei at the top of the men's international goalscoring charts.

That tournament ended in heartbreak for a teenage Ronaldo, as Portugal lost on home soil to Greece in the final. He finished with two goals, adding to his group-stage header with another in the semi-final against the Netherlands. By then, his team-mates were starting to really take note that he was something special.

“Maybe during Euro 2004 we realised that he would become one of the best in the world,” Gomes says. “He was and still is an ambitious player. His way of working, and of playing, it was clear that he would be a top player. I could tell that someone special was there and that he was going to make history.” 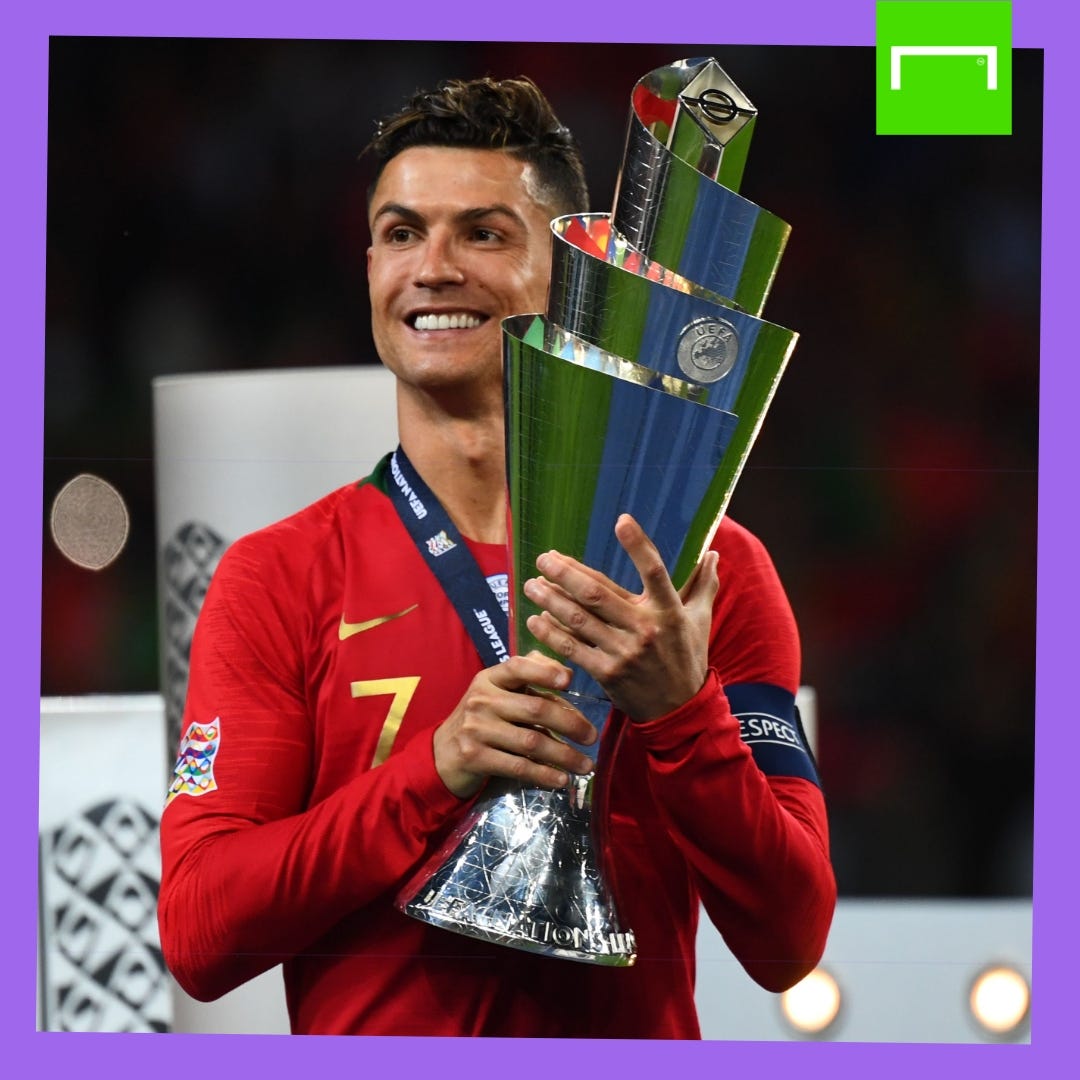 The further along he got in his career, the more titles he inspired and the more individual records he broke, and it started to become clear that it would be a case of when, not if he would write himself into the history books.

There have been all manner of international goals, including an earth-shattering hat-trick in the play-offs ahead of the 2014 World Cup against Zlatan Ibrahimovic's Sweden which helped earn Ronaldo one of his five Ballons d'Or.

And on top of all that, he has led Portugal to senior silverware for the only time in their history. He was integral to their era-defining Euro 2016 win, scoring three times en route to the final, and another three in the 2019 UEFA Nations League finals in Porto.

He is the top scorer in Champions League history with 134 and in European Championship finals with 14.

And yet when all the personal accolades within his grasp at this summer's tournament were put to him before Portugal’s opener in Group F against Hungary, he replied: “I’m not overwhelmed, it's a good record but more important than this will be to win back-to-back Euros.”

Back-to-back Euros were not meant to be, but he matched Daei’s world record. The question now, after his historic goals against Ireland on Wednesday which lifted him to 111 in a Portugal shirt, is by how many will he surpass it?

“When you look at his physicality it doesn’t match with his age,” Xavier says. “When you see his performance, he is still fresh and young and for that reason maybe he will continue to play for a long time.”