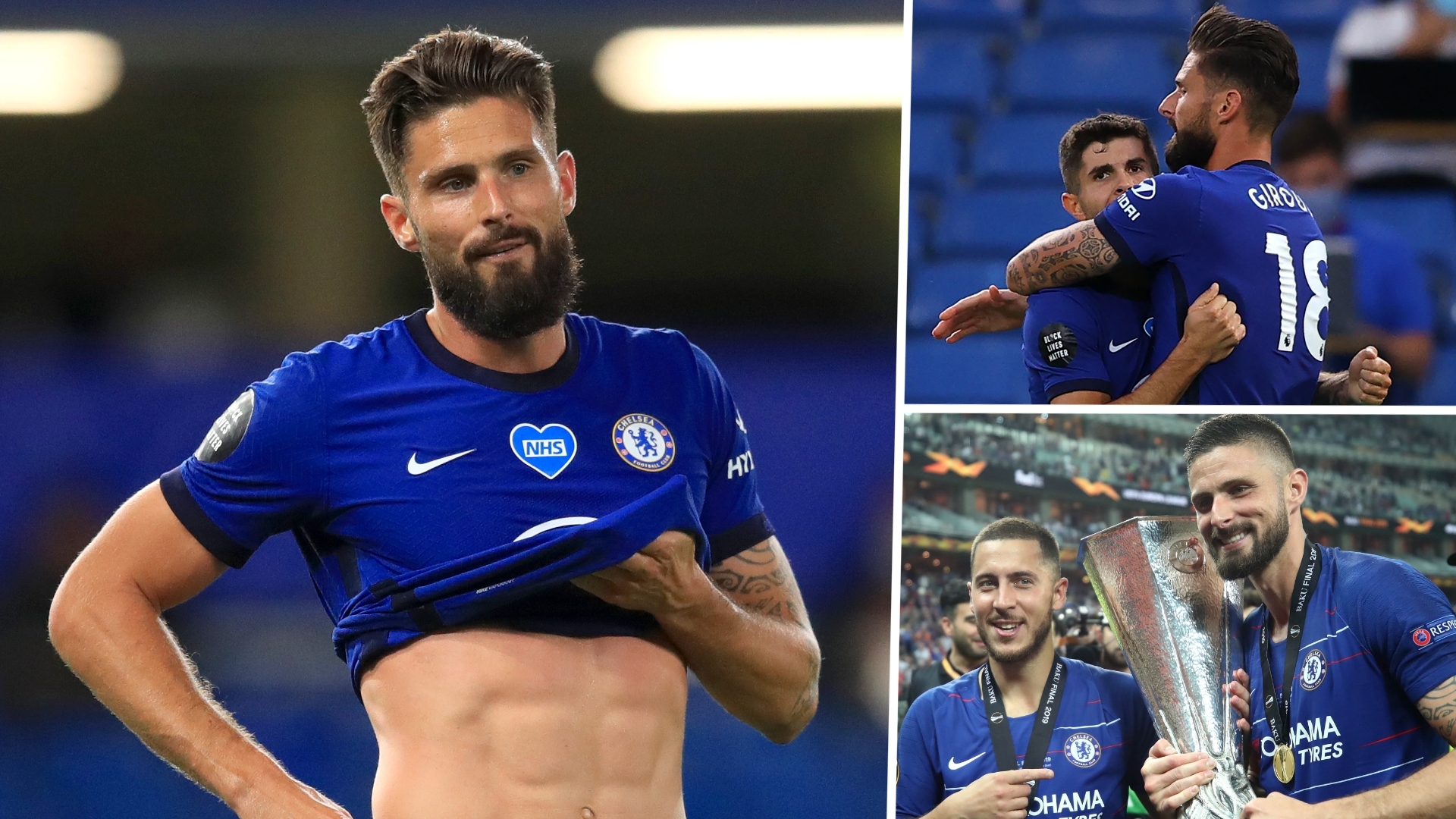 These behind-closed-doors fixtures have come to show that Olivier Giroud is the most vocal of Chelsea's attackers.

Frank Lampard had complained about the lack of communication in the defeat to Sheffield United – and the lack of personality in players who failed to ask for the ball – as his side were defeated 3-0 last weekend, damaging their Champions League pursuit.

The Blues boss explained that it is a problem that has plagued his side all season; he manages a squad that contains several introverted characters and has a young starting XI, with an average age of only 24.3.

But with no crowd noise to drown out player communication, we hear Giroud plead for chances, tell his team-mates exactly where he wants them to be, and complain should he not be given the ammunition he requires.

He exudes an on-field charisma that others lack. Consequently, he is becoming ever more important to a side that is beginning to waver in the Premier League's final weeks.

Giroud provides the crucial element that a youthful Chelsea side have needed to get over the line in the top-four race. He is in the best goalscoring form of his Blues career and, week by week, is benefiting from an effective partnership built up with USMNT star Christian Pulisic.

At 33 years old, and with well over 200 Premier League games under his belt, there are few unknowns about Giroud's style of play at this stage. However, Pulisic is now discovering just what Eden Hazard loved about Giroud. As demonstrated in France's 2018 World Cup win, the veteran's link-up play is second to none.

“Olivier’s a target man, maybe the best in the world; I think so,” Hazard said after Giroud helped laid on a hat-trick for him against Cardiff in September 2018. “When he gets the ball, he can hold the ball and we can go in deep with him, so for us it’s a pleasure to play with him."

In recent weeks, Pulisic has been getting his first taste of regular time playing with Giroud as his starting striker. The Frenchman had spent much of the season on the bench, with Tammy Abraham preferred up front.

But things have changed. Abraham has gone off the boil in a goalscoring sense and Giroud boasts a better all-round game.

He was the match-winner again on Tuesday night, after heading in Pulisic's cross in the last minute of a frustrating first half as the Blues edged out the bottom side Norwich City.

It was an unglamorous but important game for Chelsea, seeking to recover after recent defeats, and Giroud turned one point into three.

He and Pulisic had been spotted deep in conversation in the tunnel ahead of the match and Lampard was telling his side throughout to exploit spaces behind the full-backs.

Against a team already contending with the reality of relegation to the Championship, it was hardly an attacking masterclass but the major positive was the burgeoning chemistry between the Frenchman and the American. It is a connection that Lampard hopes will be nurtured into the future.

"We clearly saw that with the goal," Lampard said on Zoom after the match. "I was delighted with Christian's movement to run behind on the little angle, because that's what we weren't doing enough of in the early stages in the game.

"Oli will always be alive to those in the box. If you're picking Olivier Giroud, you want to get balls into the box, you need to play to his strengths, and he gets a really good goal.

"But the link up is good. It generally could have been better when we're normally a lot slicker with the passing, but again, job done."

That goal was Giroud's fifth in eight league games – a run which includes a match-winning strike against Aston Villa and opening goals against Crystal Palace and Watford. This is the first time he has scored in three successive starts for Chelsea, vindicating Lampard's decision to consign Abraham to the bench.

He surely goes into the final three domestic games of Chelsea's season – the FA Cup semi-final against Manchester United this weekend, and the subsequent Premier League clashes with Liverpool and Wolves – as Chelsea's first-choice No.9.

Abraham can hardly have any complaints. There is no animosity between the two centre-forwards and Abraham himself has spoken about Giroud's professionalism behind the scenes.

It's certainly been impressive how Giroud has reacted to what was a difficult situation.

He never complained about his game time during the first half of the season, when Abraham was on fire, but did push for a move to Inter in January only for Chelsea to block the reunion with Antonio Conte because of their inability to find a replacement.

This could have caused a problem but, because of Giroud's impeccable attitude, few could tell talks were going on behind the scenes over the course of a crucial month.

Giroud fought his way back into the first-team reckoning, was ultimately thankful to remain in London and has since gone on to extend his deal for another year.

Having experienced the pressure of becoming a world champion, the rollercoaster ride of a top-four battle with Manchester United, Leicester City and, to a lesser extent, Wolves is nothing more than a small footnote in his career.

However, his performances will likely ensure that new signing Timo Werner will play in the Champions League next season, rather than the Europa League.

Perhaps more importantly, Giroud has set an example that every other fringe player at Chelsea should follow.

He has proven that there will always be room in Lampard's starting line-up for professional characters who are willing to make their voices heard.