The Belgium shot-stopper has been in imperious form for Los Blancos this season, playing a key role in their pursuit of a 14th European Cup

Karim Benzema is finally getting the headlines his form over the past few years deserves, and the Real Madrid striker will be a major contender for the Ballon d’Or in 2022.

But in goalkeeper Thibaut Courtois, Madrid have a player who is proving every bit as crucial in their pursuit of a record 14th Champions League triumph.

The Belgium goalkeeper has enjoyed an elite campaign between the sticks, and with such strength at both ends of the pitch, this Madrid side brings to mind Barcelona’s post ‘MSN’ era, where Lionel Messi and Marc-Andre ter Stegen were the team’s pillars of strength.

They won games and trophies for Barca between 2017-2019, while the team as a whole was declining.

That is not to undervalue contributions from Luka Modric and Vinicius Junior, for example, but the two players who cannot be replaced at Madrid are the men at either end of the team.

“With Benzema and Courtois at this level, Madrid’s 14th is within reach,” ran a headline in Marca after their impressive displays in the 3-1 quarter-final first-leg win at Chelsea last Wednesday.

Benzema’s rise in the post-Cristiano Ronaldo years is obvious, including how smart he has been on the pitch to profit from mistakes by Gianluigi Donnarumma and Edouard Mendy in the previous two Champions League games.

By contrast, Madrid’s goalkeeper has been error-free. 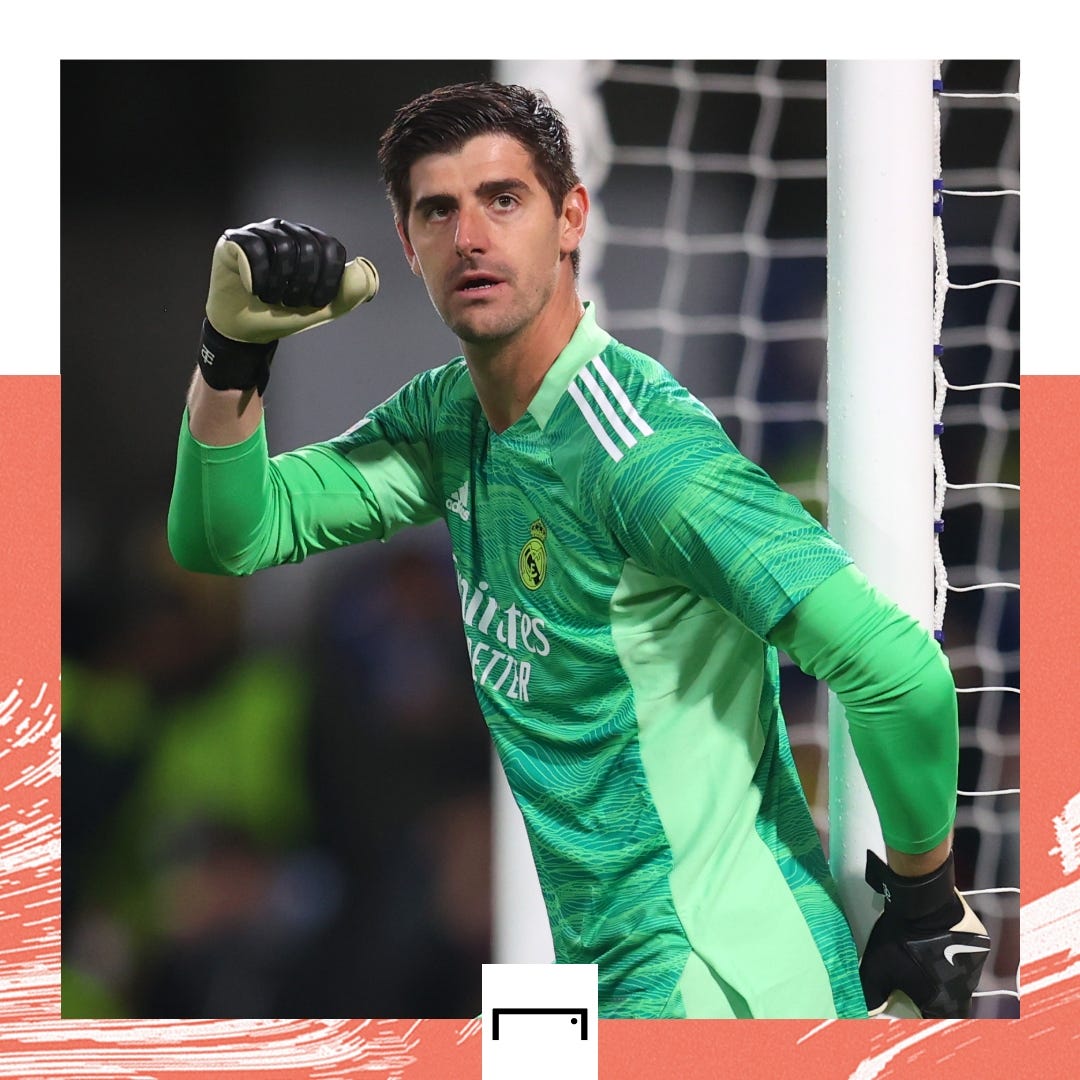 While the France forward’s second-leg hat-trick against Paris Saint-Germain drew headlines, Courtois made vital saves from Kylian Mbappe and then former Barcelona rival Lionel Messi from the penalty spot.

“As for Courtois, his saves carry the same value for Real Madrid as Benzema's prolific output in front of goal,” noted Marca.

After a rocky start to life at Santiago Bernabeu for Courtois, where the fans preferred triple Champions League-winning goalkeeper Keylor Navas, the 29-year-old’s form is as good as ever before, surpassing even his wonderful campaigns across town with Atletico Madrid between 2011-2014.

Courtois watched on as Los Blancos collected the trophy and you suspect even then, he knew he would one day be back in Madrid, but playing for Atletico’s arch-rivals.

That feeling persisted during his time at Chelsea and is part of the reasons fans never fully took to him, despite his undeniable quality. They felt that his heart was not fully in it, often professing his desire to return to Spain, where his children lived with their mother.

By the summer of 2018, he seemingly forced his way out of Stamford Bridge when Madrid's interest in signing him became concrete, paying just €35 million (£31m/$40m) for one of the best goalkeepers in the world.

Chelsea, in turn, splashed £72 million ($92m) on Kepa Arrizabalaga as a replacement, rubbing salt in their own wounds given the former Athletic Club shot-stopper’s struggles in London. 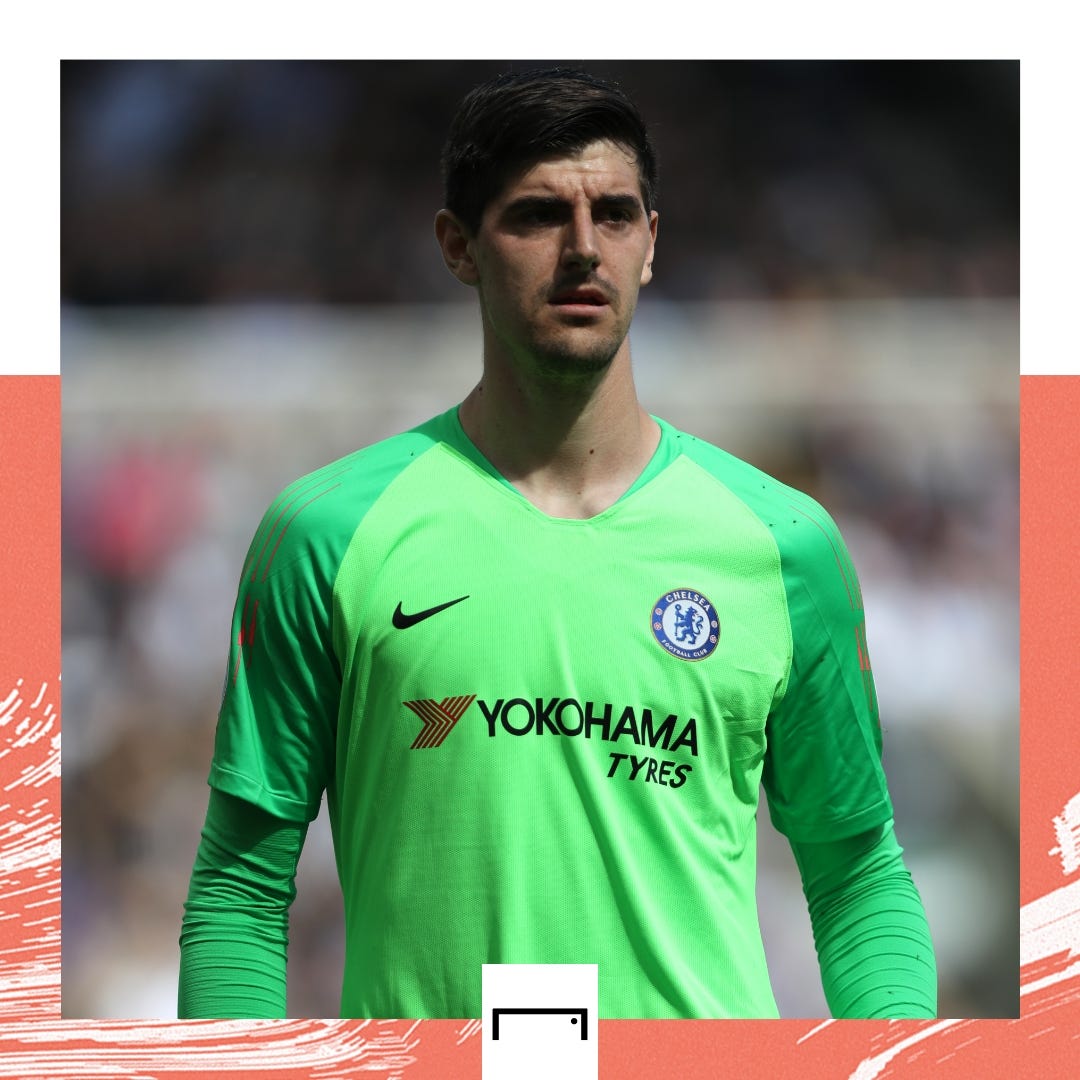 That underlying venom came to the surface in the first leg, despite Courtois winning two Premier Leagues, an FA Cup and a Carabao Cup with Chelsea.

“Thibaut, you’re a c*nt,” chanted some fans, while others called him a "snake" and jeered his every touch. Unfortunately for them, he made a few crucial interventions to help Madrid take a big win back to Spain.

“Obviously I knew it wouldn't be friendly, especially in the stadium,” Courtois told BT Sport. “It's obviously part of football, that's unfortunate because how they painted my departure was not how it went through.”

Even amid the discord, there had to be some grudging respect for Courtois. His sublime save to deny Cesar Azpilicueta in the second half was a vital moment.

Thibaut Courtois back at Stamford Bridge pulling off worldie saves! 🧤❌

That one could be vital in the tie... #UCL pic.twitter.com/HiD5rxAMrp

COURTOIS. WHAT A SAVE. 🧱 pic.twitter.com/yIT0DCFgJl

“Courtois is Madrid’s airbag,” Madrid-based newspaper AS put it bluntly. “If they go flying off a curve, he’s there.

“Football is an immediate butterfly effect. In Jurassic Park, Jeff Goldblum explained that the wings of a butterfly flapping in Hong Kong could generate a cascade of almost imperceptible movements that end up in a hurricane in the Gulf of Mexico. In Madrid, it’s much more simple.

“Tibu flaps his wings in his area and that ends up causing Benzema to destroy in the other one. A traitor for some Blues, a saviour for Madridistas.”

Courtois knows his own quality and is often quick to point it out in post-match interviews. Some call it arrogance, but others appreciate his non-robotic answers to questions. He made some crucial stops to deny Celta Vigo last weekend as a below-par Madrid scraped a 2-1 win, and was fully aware of their worth.

“I don’t know if we deserved to win because in the first half I made two great saves,” he said, critical of his team and proud of his own decisive interventions. And Courtois followed it up ahead of the Chelsea game.

“I don’t need anyone to tell me that I am the best,” he told reporters. “I play with confidence, knowing I am. Opinions are up to you. For example, against Celta, the save from [Thiago] Galhardo, I thought I wouldn’t make it but with my confidence, I said that I have to, and I got it away.” 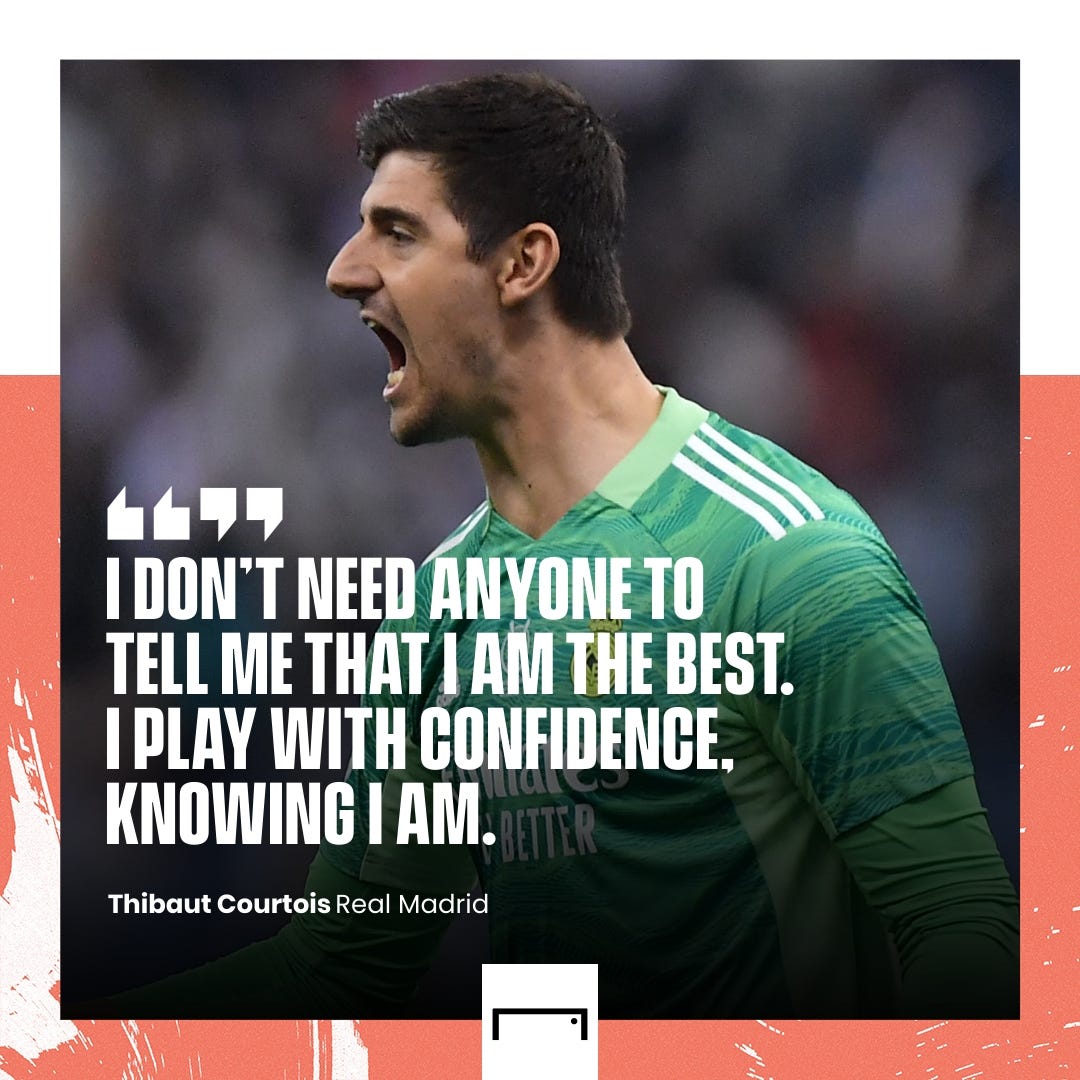 Maybe that’s part and parcel of being a goalkeeper, everybody is ready to point out your failures but not your successes; it is you alone against the tide.

And reigning champions Chelsea will flood forward at the Bernabeu on Tuesday. They have no other recourse, after Benzema’s hat-trick at a sodden Stamford Bridge.

The third goal, snatched out of Mendy’s hands - or more accurately, off his toes - was a dagger to Thomas Tuchel’s hopes and put Madrid in a commanding position in the tie.

Courtois has kept an impressive 18 clean sheets this season, including Saturday’s 2-0 home win over Getafe, and if he adds another on Tuesday, Real Madrid will be in the Champions League semi-finals.

And then the 14th really will be within reach.