Bayern Munich have announced that Julian Nagelsmann is to become their new manager, with the Bundesliga champions reportedly paying up to €25 million (£22m/$30m) compensation to RB Leipzig to land the highly-rated coach on a five-year contract.

After learning of Hansi Flick's desire to walk away from his role at the Allianz Arena when the 2020-21 campaign comes to a close, those in Bavaria have wasted little time in getting a successor lined up.

They have not had to look far for a top candidate to fill the most demanding of roles, with Nagelsmann being lured away from domestic rivals on a long-term agreement that will begin on July 1 in a deal which makes the 33-year-old the most expensive coach in history.

"Despite his young age, he has had an impressive career. We are convinced that with Julian Nagelsmann we will build on the great successes of the past few years.

"I would like to expressly thank Hansi Flick on behalf of FC Bayern. He took over our team in a difficult phase in 2019 and then won six titles, the seventh will hopefully follow soon. He will always have a place in the history books of FC Bayern. We wish him all the best for his future."

"I am convinced that we will shape the sporting future of FC Bayern very successfully together with Julian Nagelsmann.

"My thanks go to Hansi Flick. With great football, he has led FC Bayern to great success. Now we have fulfilled his wish to leave FC Bayern before the end of his contract. All the best, Hansi!"

Sporting director Hasan Salihamidzic went on to say: "The discussions with Julian were very cooperative, very constructive. We'll have a lot of fun with him, I'm sure of that.

"I would like to express my thanks to Hansi Flick. After he took over the position of head coach a good one-and-a-half years ago, we celebrated numerous victories and titles, the treble in 2020 was the highlight. These successes will remain associated with his name. I wish him all the best on his future path."

A new era for Bayern 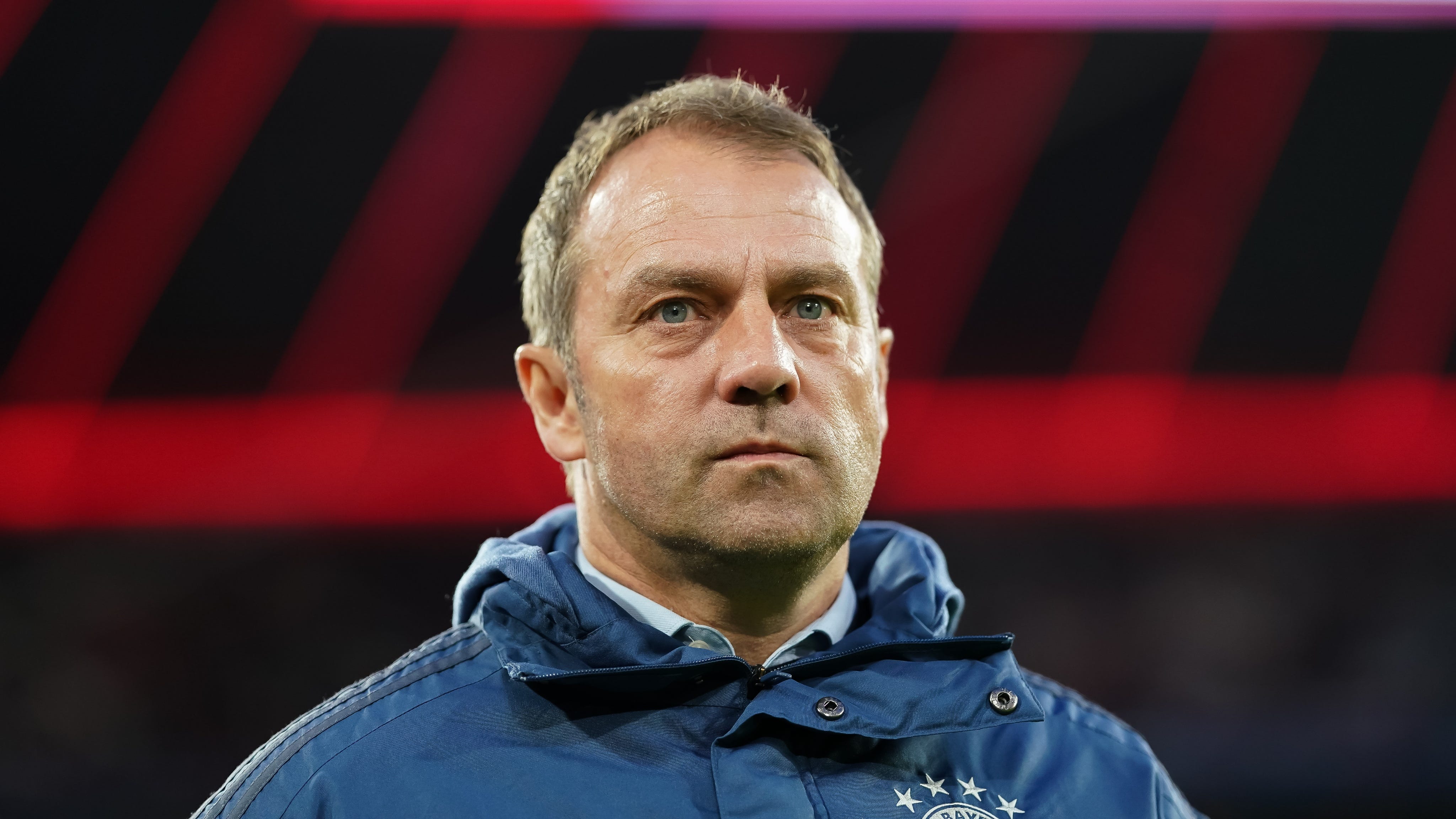 Nagelsmann has been lined up by Bayern as Flick, who continues to be heavily linked with a role as Germany national team coach when Joachim Low steps down after this summer's European Championship, is ending his contract two years before it was due to expire.

He has said: "The past two years will be unforgettable for me. I really enjoyed the emotions, the victories, the titles, but also the daily work on the pitch - it was an outstanding time.

"Success can only be achieved together! A coach is nothing without his team and I was lucky enough to meet fantastic players here in Munich and a staff and a team of coaches that did incredible things. Thank you guys.

"Special thanks also go to president Herbert Hainer, as well as to the entire board of directors around Karl-Heinz Rummenigge, Oliver Kahn and Hasan Salihamidzic for giving me the opportunity to train this great team.

"One downer remains: we weren't able to celebrate the greatest successes during this time with the fans. I've missed them in every game. I wish the FC Bayern family the very best for the future. It is not an empty phrase when I say: It was a very great honour for me."

Why did Bayern want Nagelsmann?

Nagelsmann's stock has been on the rise ever since he was handed the reins at Hoffenheim in February 2016 when just 28 years of age.

That deal made him the youngest head coach in Bundesliga history, with 136 games taken in while filling a first senior role.

RB Leipzig bought into obvious potential back in the summer of 2019 and handed a hot managerial prospect a contract through to 2023. That deal will not be honoured, but a productive partnership has been enjoyed across two years.

Nagelsmann, who was also being linked with the vacant post at Premier League giants Tottenham, led Leipzig to the semi-finals of the Champions League last season and will be eager to get his hands on a first piece of silverware after being charged with the task of keeping Bayern at the top of domestic and continental games.