Barcelona ripped the bandage off this summer. If last year they pulled nervously at the edges, forcing out Luis Suarez, Ivan Rakitic and Arturo Vidal, this year, painful as it was, they gritted their teeth and finished the job.

An obvious scar remains, one which may never fully fade: Lionel Messi’s agonising departure to Paris Saint-Germain on a free transfer.

However, with Antoine Griezmann following the Argentine out of Camp Nou, the club resisting Ilaix Moriba’s wage demands while ridding themselves of dead wood, Barcelona can start making their financial recovery.

Messi’s absence will sting for months and has been raked over endlessly but, in many ways, Griezmann left along similar lines. Not in terms of his status at the club, obviously, with the Argentine undoubtedly Barcelona’s best ever player and the Frenchman a €120 million (£103m/$142m) flop, but because both exits were all about the money.

Griezmann ran out of excuses for his poor form and Barcelona wanted him gone, but finding a new home for him was too difficult, because of his €30m (£26m/$35m) annual salary. A swap deal with Atletico Madrid, with Saul Niguez going the other way, fell through earlier in the transfer window.

However, with Chelsea signing Saul on loan and clearing €10m (£8.6m/$11.9m) a season off Atletico’s books in the process, there was room for Griezmann at the Wanda Metropolitano, and Barcelona managed to squeeze through a deal in the final seconds of deadline day.

The Catalans may pay for it in footballing terms. Losing Griezmann may not be a hammer blow in a sporting sense, because his contribution at Barca has been limited, but they have bolstered a direct rival.

It happened with Suarez, who fired Atletico to the title last season, and, back in the small pond, Griezmann may be rid of the pressure that weighed him down at Camp Nou.

Even if that happens, given Barcelona’s financial state – more than €1 billion (£860m/$1.2bn) in debt – it will be difficult to qualify it as a bad decision. Barcelona take €10m as a loan fee plus €40m at a later date, with an obligatory purchase clause having been inserted into the deal.

The real mistake was made in 2019, when they signed him, just a year after he had humiliatingly snubbed them in his La Decision documentary. 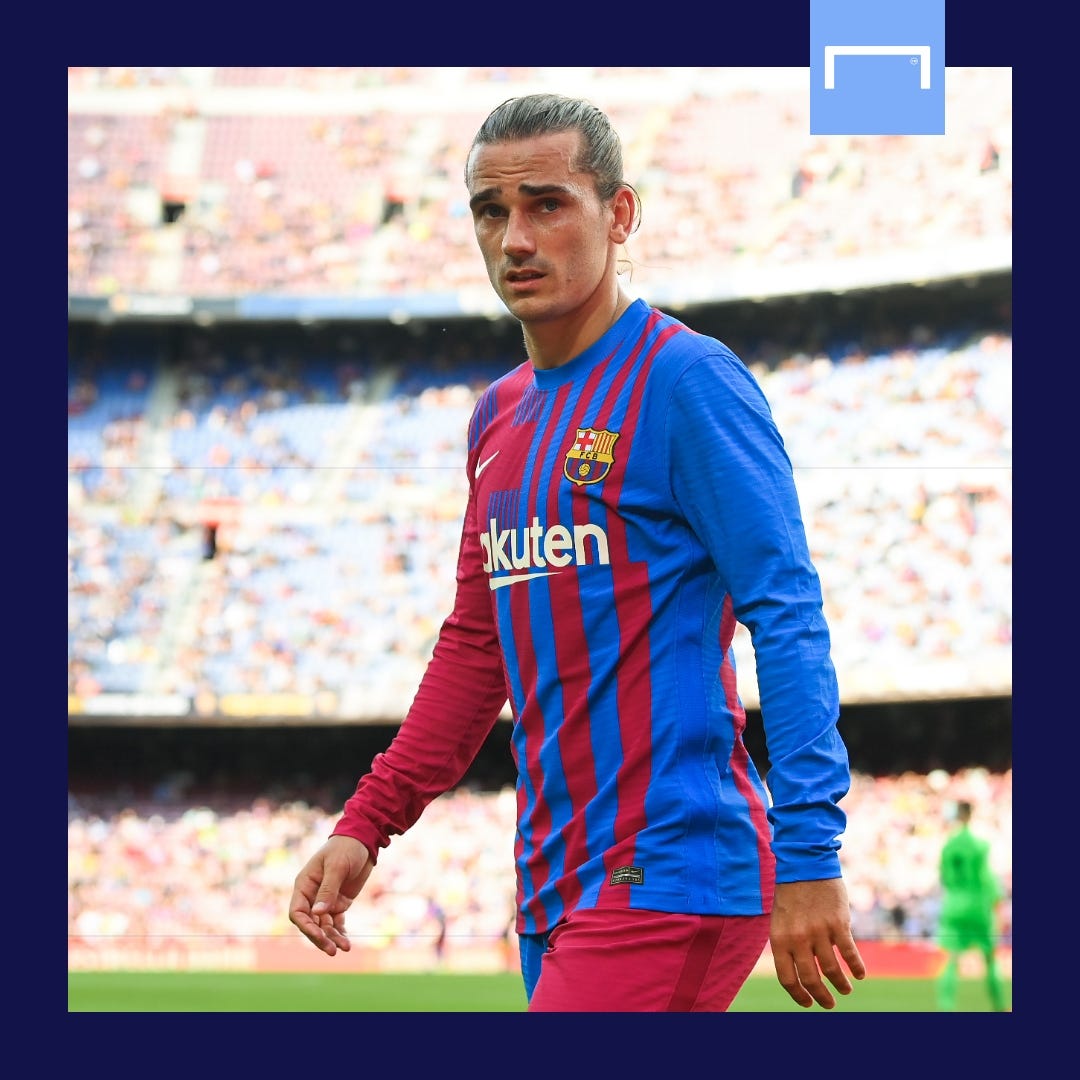 Ilaix’s exit is tough to take for a very different reason. The 18-year-old is one of the most promising young midfield prospects in world football.

He is a player that coach Ronald Koeman liked, who could potentially have gone on to star for Barcelona for over a decade, but instead is starting a new adventure in the Bundesliga with RB Leipzig.

Ilaix is technically excellent and also a fine athlete, showing the strength and physique that Barcelona have valued in recent years in players like Paulinho but married to the ball skills and passing worked on so hard at La Masia.

However, his agents wanted that trebled, and although in this one isolated case, given his recent importance in Koeman’s plans, this pay rise could have been justified, president Joan Laporta refused to cede to their requests.

Barcelona’s hard-line stance saw Ilaix, who had a year left on his deal, threatened with an ultimatum: sign a renewal on the club’s terms, leave this summer, or face a year in the stands.

The latter option would be hugely damaging to his progression so, with the rupture too big to be repaired, it was inevitable Ilaix would depart, eventually joining Leipzig for €16 million (£13m/$19m).

In years to come, this summer’s decision may hurt Barcelona. However, it also teaches future La Masia graduates a lesson – the club will not be held to ransom by mercenaries.

It is a move designed not only to clean up the club’s financial state this summer, but also try to instigate better policies for Barca’s financial health going forward.

Laporta, who much prefers playing the good cop, has had to take a step out of his comfort zone to right the wrongs of the haphazard Josep Maria Bartomeu era. 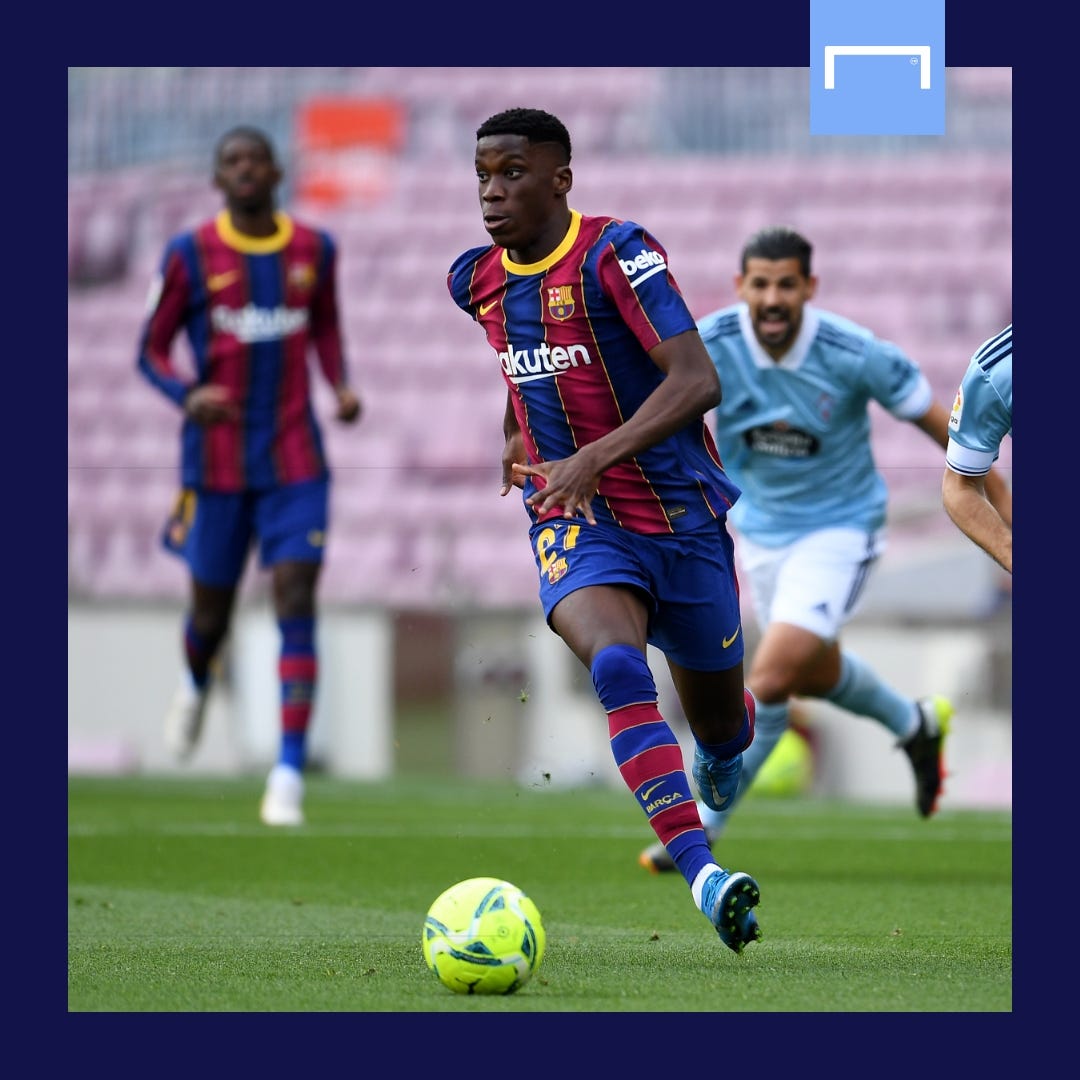 He also took a harsh but profitable decision on Emerson Royal. Barcelona brought him in this summer but quickly moved him on to Tottenham, making around €9m (£7.7m/$10.7m), after giving Real Betis their cut for a player effectively bought twice by both Spanish sides.

Emerson’s dream had been to play for Barcelona and, although he did get to make a couple of appearances, it was cut short by Laporta’s dealings.

“I wanted to come and feel what it is like to play for Barcelona, it was my dream,” Emerson told Marca. “I was hurt by the way it was done. They could have done it differently. There were better ways to fix things.

“When I arrived I was sure that Barcelona did not want to sell me, but seeing what happened I am clear that when they signed me they already had the idea of selling me in mind.”

It has been a brutal window in many ways, but Laporta has been stitching shut the wound to stop Barcelona’s economic bleeding.

Miralem Pjanic’s exit on loan to Besiktas on Thursday was another move to rid themselves of a player who didn’t feature in Koeman’s plans, but still drew a big salary.

Barcelona would also have liked to sell or loan out Samuel Umtiti and reserve goalkeeper Neto but they did manage to shift Junior Firpo, Jean-Clair Todibo, and Carles Alena, plus loan Francisco Trincao to Wolves.

The club also convinced Gerard Pique, Jordi Alba and Sergio Busquets to take pay cuts and defer some of their salaries, and radio station RAC1 reported wages have now dropped to 85 per cent of the club’s income. At the start of the summer, it was 110 per cent.

Incoming players Memphis Depay, Sergio Aguero and Eric Garcia have accepted lower salaries than they would have elsewhere, and all arrived for free at the end of their contracts.

Barcelona also loaned Yusuf Demir with a €10m option to buy and the Austrian already seems like he could play a role in the first team this season.

Although Messi, Griezmann and Ilaix leaving is painful for three different reasons, and others like Emerson are collateral damage, Laporta has overseen a necessary overhaul at Barcelona.

It will be a long road to recovery, but the club has, at least, started to cure itself.