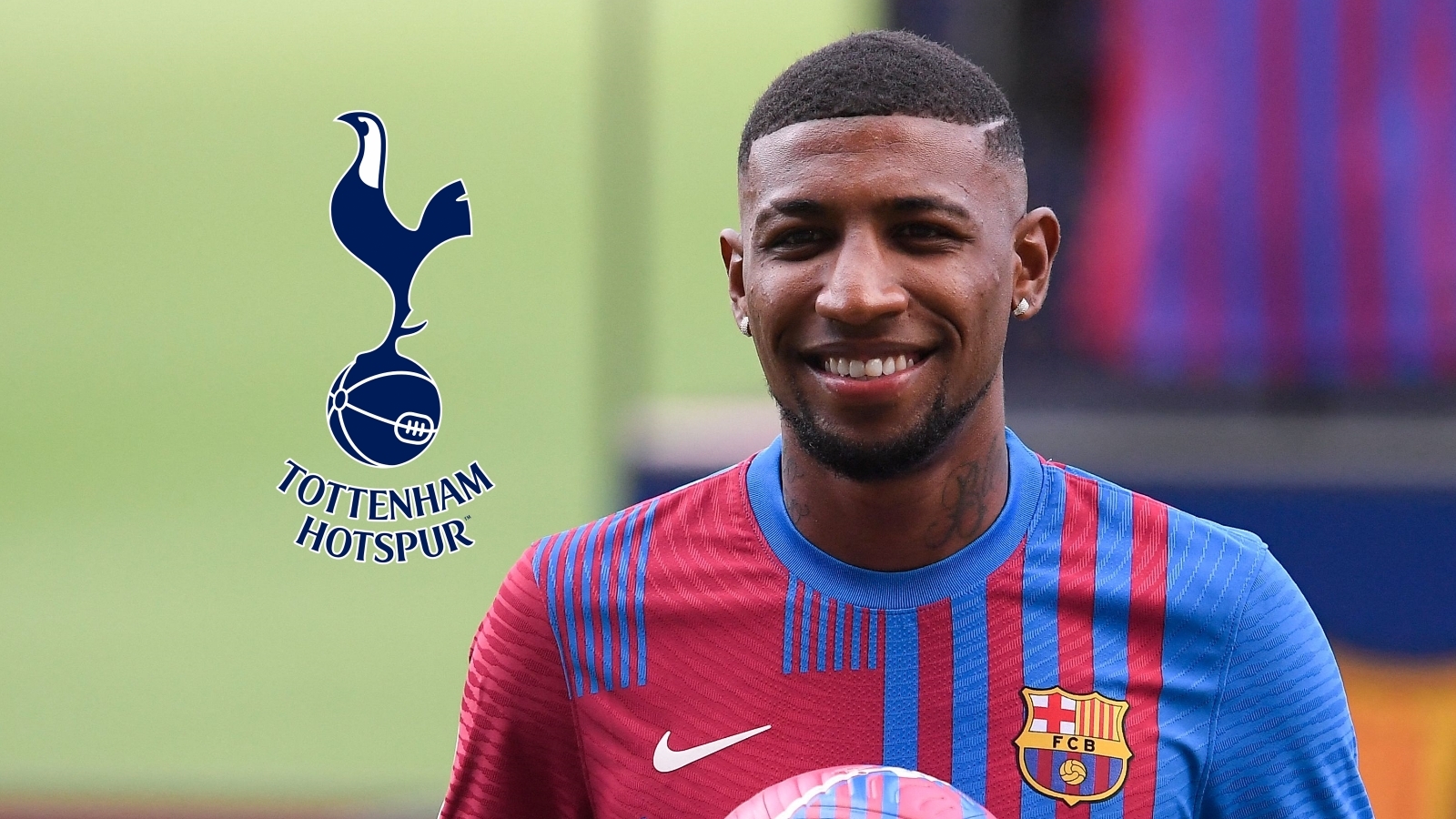 The Brazil international full-back saw a purchase option taken up at Camp Nou in June, only to then be offloaded to Spurs in August

Tottenham new boy Emerson Royal has been quizzed on whether he feels "used" by Barcelona after being signed and sold by the Liga giants in the same transfer window.

The Brazil international full-back saw a purchase option taken up at Camp Nou in June, with a €9 million (£8m/$11m) deal seeing him acquired by Catalan heavyweights on a permanent basis from Real Betis.

At the end of August, and with financial difficulties at Barca making sales essential, another deal was done as Emerson found himself leaving Spain for England in an agreement worth up to £26m ($35m).

Emerson took in three appearances for Barcelona and admits that heading through the exits came as something of a surprise, telling Marca: "I thought that the club wanted me to stay. I played the Sunday as a starter, they day after I woke up and I went to training relaxed.

"There I already started to see that there were many things happening, that Tottenham spoke with Barcelona, that they had almost done it.

"I didn’t understand anything that was happening because I didn’t know anything.

He added: "I met with the directors of the club. They started to tell me that the situation of the club wasn’t good, that I came in a complicated time and that for that reason it was better to sell.

"I repeated my intention to stay because I had a dream of playing here and contribute to Barcelona. I know that in my best form I was going to triumph here.

"I am smart and I realised in that moment, no matter what I said I was out. They were kicking me out with good words.

"I have the ambition to play. I could say that I am a footballer with a contract and I could have said I am staying, but I am a person who wants to be happy.

"I don’t want to stay at a club that I love but being sad. I knew their thoughts were that I don’t stay, without saying it.

"Then, I decided to leave. I said that I don’t want to stay and be sad."

Did Royal feel used by Barca?

Pressed further on whether he believes that Barca always intended to move him on, despite handing him competitive minutes at the start of the 2021-22 campaign, Emerson said: "Used is not the word, but it hurt me in the way it happened.

"They could have acted in another way. There were better ways to fix things.

"When I arrived I was sure that Barcelona did not want to sell me, but seeing what happened I am clear that when they signed me they already had the idea of ​​selling me in mind."

Emerson is now ready to open another new chapter in his career at Spurs, with an ambitious Premier League side that has started the 2021-22 season with three successive wins set to return to domestic action on September 11 in a derby date against London rivals Crystal Palace.