The Catalans have slipped three points behind in the title race, with Madrid grinding out a win in Valladolid on Sunday night

Nobody will take fond memories home from Real Madrid’s 1-0 win at Real Valladolid, except goalscorer Nacho Fernandez. He doesn’t get many.

What Madrid will take, happily, are the three points which move them three ahead of Barcelona at the top of La Liga, ending weeks of parity.

After Barcelona fell 2-0 in Valencia, Madrid turned the screw on the Catalans with this victory, the fruit of a dull but ultimately effective display which is becoming something of a trademark for this team.

Zinedine Zidane has steadied the ship at Madrid after last season’s utter disaster and while he doesn’t have the team playing great football with any degree of consistency, they are grinding out results.

It is football which Madrid’s rivals Barcelona turned their nose up at, sacking Ernesto Valverde earlier in January with the team top of the table.

While Quique Setien is trying to bring Barcelona’s possession-based football identity back - at the potential risk of jeopardising the team’s prospects in the three main competitions this season - Madrid are in touch with theirs. Winning. Whatever, however, as long as it ends in silverware.

While fans won’t have enjoyed watching their team slugging it out at the Jose Zorilla stadium on a cold night in Spain’s northwestern nowhere lands, none of that matters if it ends up with the league title back on their grasp. 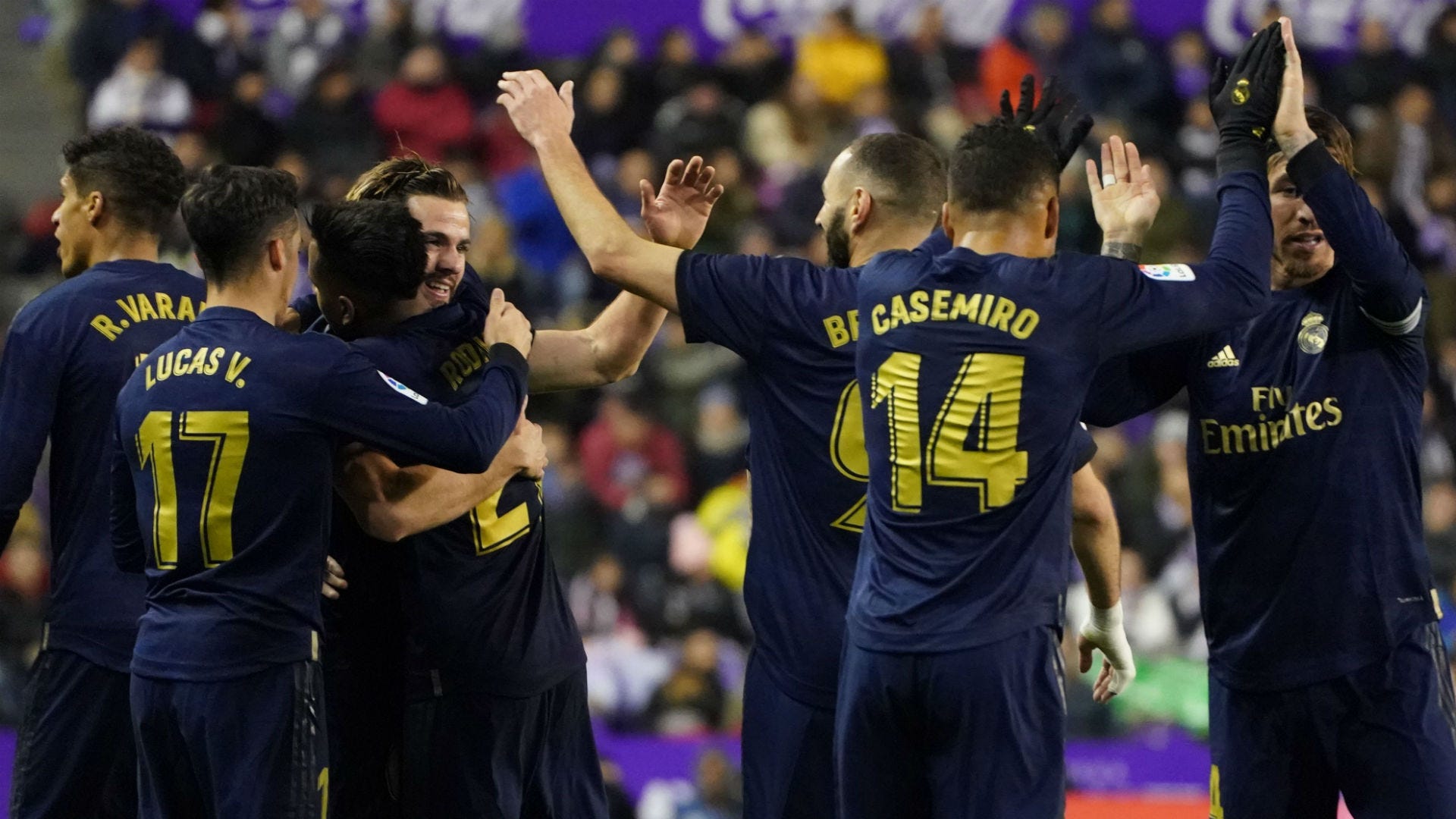 Zidane wants that more than anything, even European success, having noted his sorrow at not doing better domestically when he left the role in 2018.

So the French coach will consider his job done here, thanks to Nacho’s 78th-minute winner.

In recent weeks Madrid’s goals have come from all over the side, with Raphael Varane, Casemiro and Luka Modric among others chipping in, with their forwards injured or out of form.

It was no different at Valladolid, with Casemiro nearly adding to the two he hit at Sevilla a fortnight ago, but his header was disallowed for offside.

That was Madrid’s only real chance of a turgid first half, with the visitors clearly lacking the spice Eden Hazard’s arrival was supposed to bring.

The Belgian winger specialising in lock-picking and Valladolid had all their doors firmly shut.

It looked like Madrid were going to fail to capitalise on Barcelona’s dismal showing at Valencia on Saturday, but Toni Kroos crossed for Nacho to steer a header home.

Sergi Guardiola beat Thibaut Courtois in the final stages but was offside and the equaliser was stricken from the record, with Madrid otherwise comfortably holding on to the win.

It was the type of victory which only the history geeks will be able to recall in a few weeks time.

A performance like this from Barcelona would start an inquisition in Catalonia, but Madrid will chalk the points up and move along.

The important thing is that they now have an advantage on Setien’s under-construction Barcelona and when Hazard is back, he has a platform to build from. Quietly, Madrid have slid into pole position.