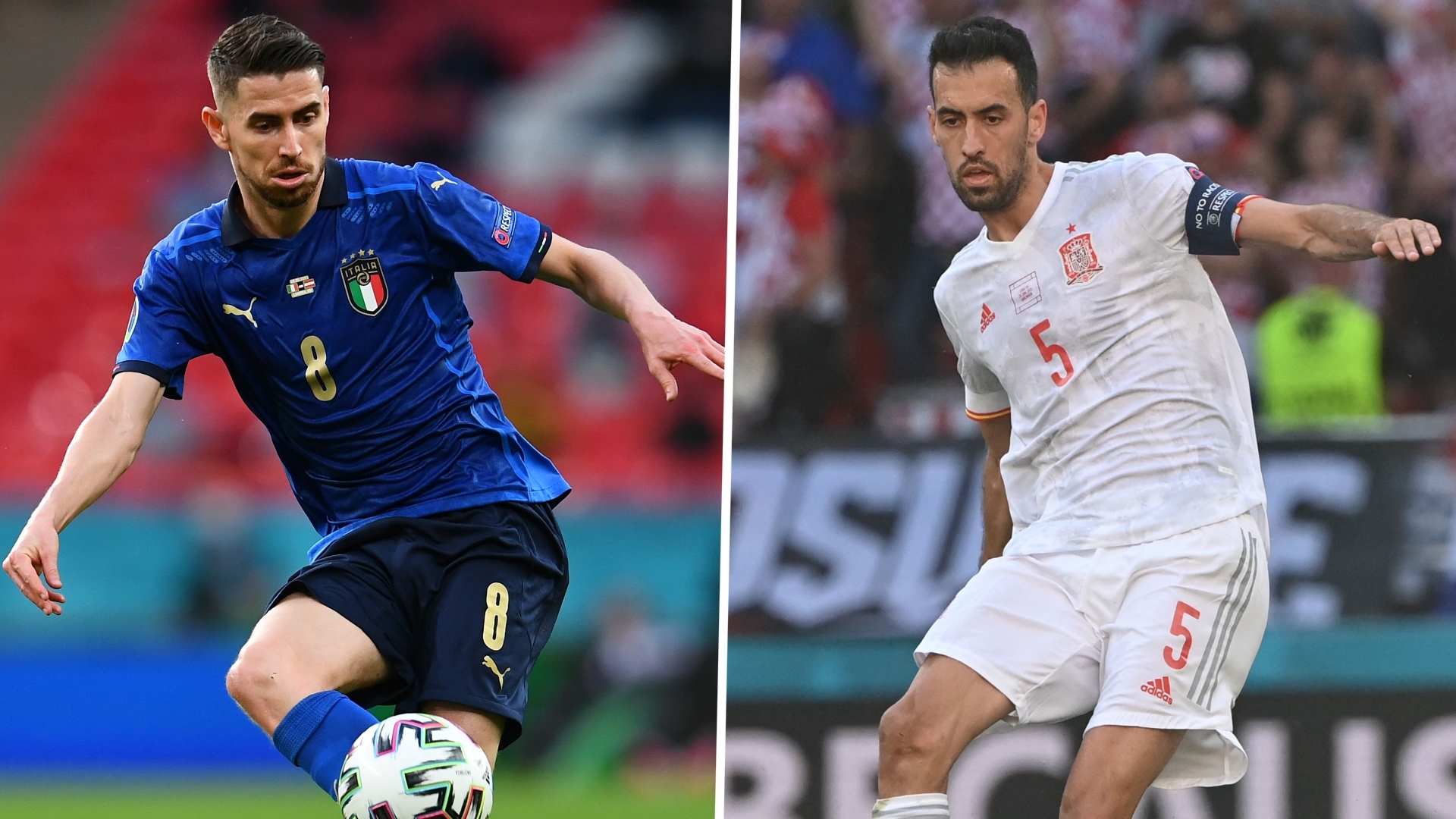 Cesar Azpilicueta sees shades of Sergio Busquets in Chelsea team-mate Jorginho, with the Spain international aware that a talented club colleague is set to pose him plenty of problems in the Euro 2020 semi-finals.

The Azzurri have won many admirers at this summer's European Championship, with Brazil-born playmaker Jorginho pulling the strings for Roberto Mancini's side from the middle of the park.

World Cup-winning Barcelona star Busquets does likewise for La Roja, with Azpilicueta fortunate to have spent plenty of time playing with two of the finest deep-lying midfielders on the planet.

The Chelsea defender, who captains Jorginho at club level, told The Guardian of similarities between the 29-year-old and Spain skipper Busquets: "They’re two great players who move well in short spaces: intelligent, tactically sharp, they judge space well and always choose the right pass for the team.

"Jorginho is a great footballer, very important for the way Italy play. He likes to be in contact with the ball, to control the game, he’s clever. The less he intervenes the more we have a chance of controlling the game.

"He’s surrounded by great players too and we’ll have to come up with a collective solution.

"I’m fortunate to be able to enjoy Jorginho with Chelsea and Sergio with the national team. Hopefully we can control Tuesday: Sergio’s very important for us in that."

Spain's meeting with Italy at Wembley Stadium on Tuesday will see both sides chasing down a place in the final of Euro 2020.

Whatever happens - with England facing Denmark on the other side of the draw - Chelsea will welcome back someone in 2021-22 that has Champions League and European Championship winners' medals to their name.

Azpilicueta added: "We’re the only club that will have a double champion, that’s true: all four teams left have Chelsea players [Jorginho and Emerson Palmieri with Italy, Denmark’s Andreas Christensen, and Mason Mount, Ben Chilwell and Reece James for England].

"Around this time of year, people always start talking about it, but what matters is the team.

"Winning the Champions League was lovely, now we have a nice challenge with the Euros, another opportunity."