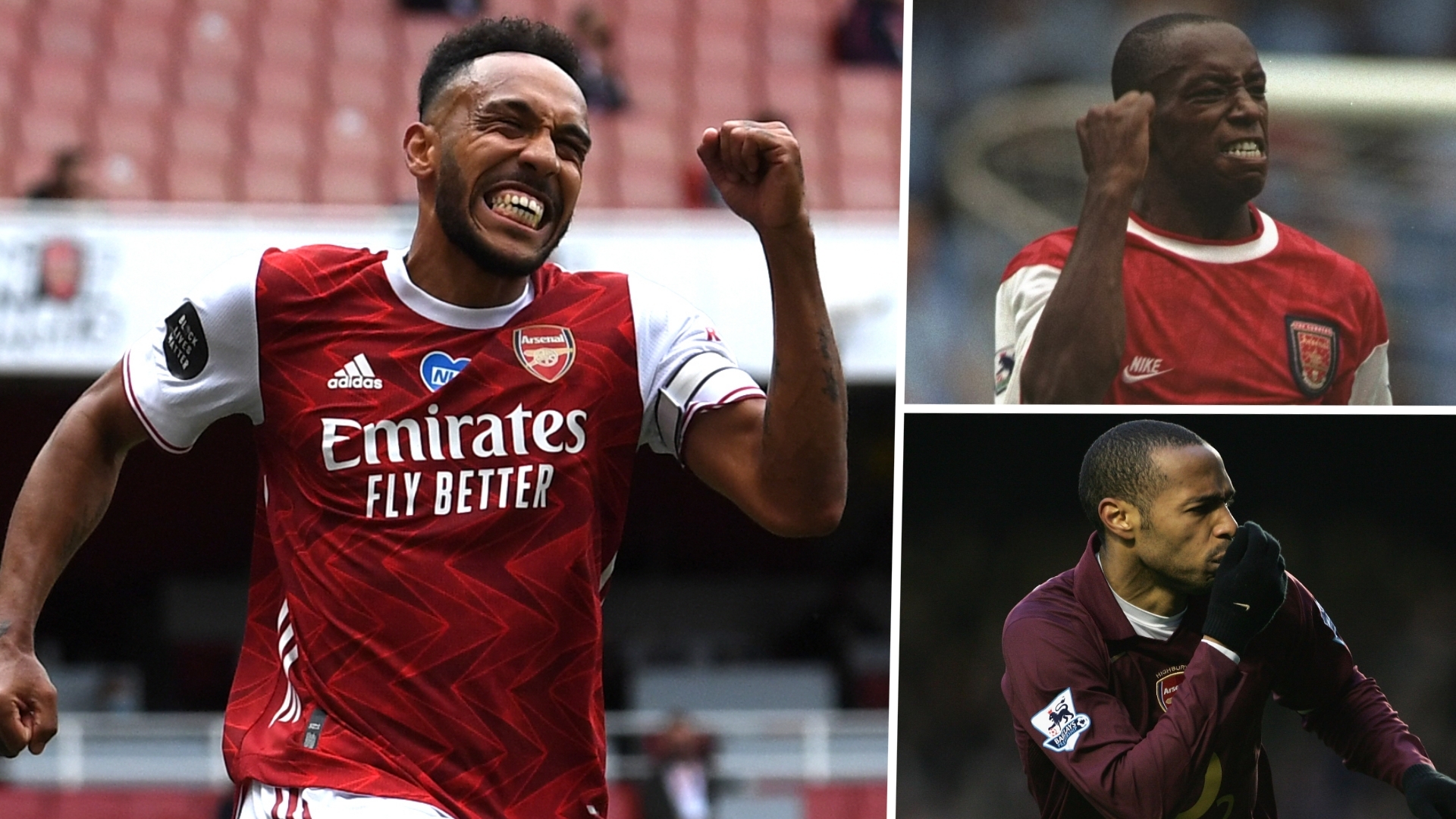 The news that the Gunners striker is staying at the Emirates until 2023 will be met with relief by fans, who had feared the loss of their captain

After months of speculation and uncertainty, now we know. Pierre-Emerick Aubameyang is staying put.

Arsenal’s top scorer, their captain, their talisman, is going nowhere, having put pen to paper on a new three-year contract in north London.

It’s a massive moment for the club and for the fanbase. Time and time again during the past two decades, supporters have had to look on helplessly as their favourite players ran down their contracts before moving on elsewhere – often in cut-price deals.

And despite Aubameyang’s obvious love for the club, there were real fears he would follow suit, especially after a season which had seen the Gunners finish eighth in the Premier League – their worst top-flight finish in 25 years.

Clubs from across Europe were circling, including Barcelona, and were ready to take the Gabon international away from the Emirates just two-and-a-half years after his arrival from Borussia Dortmund for £56 million ($74m).

And had Mikel Arteta not arrived in December, Aubameyang probably would have added his name to a list of devastating departures that includes Cesc Fabregas, Samir Nasri and Robin van Persie.

With Unai Emery in charge, Arsenal were a rudderless ship; Aubameyang’s goals were the only thing keeping them afloat.

But Arteta has transformed the club in a matter of months. There is a renewed sense of belief that things are heading in the right direction, a belief that was strengthened with the FA Cup win at Wembley last month.

It’s that belief that convinced Aubameyang to stay and now the 31-year-old is only looking forward to the future.

“Signing for this special club was never in doubt," he said. "It’s thanks to our fans, my team-mates, my family and everybody at this club that I feel like I belong here.

"I believe in Arsenal. We can achieve big things together. We have something exciting here and I believe the best is to come for Arsenal.”

Aubameyang, of course, has already written his name into the record books at Arsenal.

When he scored his 50th Premier League goal in June, with a strike against Norwich, he became the fastest player in the Gunners' history to hit that landmark, beating the previous record set by Thierry Henry.

Aubameyang brought up his half-century of Premier League goals in just 79 games – a number that places him above Henry (83), Ian Wright (87), Alexis Sanchez (101) and Olivier Giroud (113).

It also made him the sixth-fastest player in the league’s history to net 50, with Andy Cole (65), Alan Shearer (66), Ruud Van Nistelrooy (68), Fernando Torres (72) and Mohamed Salah (72) the only players to have got there quicker.

The fact he did it an Arsenal team that have underachieved so spectacularly makes the feat all the more impressive.

Aubameyang has now scored 72 goals for Arsenal in just 111 games in all competitions. No Premier League player has scored more since he joined from Dortmund. Salah has 71, Sergio Aguero 61, Raheem Sterling 60 and both Kane and Mane have 59.

His record shows that Aubameyang is as good as it gets right now and despite being 31, there are no signs that he will be slowing up just yet.

He led Arsenal to their first trophy in the post-Arsene Wenger era last month, adding to the two goals he scored in the FA Cup semi-final win against Manchester City with both in the 2-1 success against Chelsea in the final.

He then scored the penalty to win Arsenal the Community Shield against Liverpool a few weeks later, having also netted during normal time.

And now, having committed his future to the club, he has set his sights on ensuring he is remembered alongside some of the all-time greats.

"Of course, I knew about Arsenal before I arrived," he said. "Everybody knows how special this club is.

"I’ve seen incredible players, passionate players, Invincible players. I dream of being one of them, amongst the best and staying in the hearts of the fans forever.

"I want to become an Arsenal legend like Thierry, Wrighty, [Tony] Adams, [Dennis] Bergkamp, too many to mention. It means so much for me to be the captain of this special club. I want to leave a legacy. This is where I belong."

Aubameyang needs 28 goals to hit the 100 mark for Arsenal, something that is entirely achievable in the coming campaign when you consider he found the net 31 times in 2018-19 and 29 times last season.

With his new contract now signed, it seems a certainly he will go on and comfortably become only the 20th player in Arsenal history to score a century of goals for the club.

That will see him join a list of legends that includes Henry, Wright, Cliff Bastin, John Radford and Ted Drake.

And with three more years ahead of him at Arsenal, he could even get himself into the club’s all-time top-five leading scorers, given he is 69 goals behind Jimmy Brain, who currently sits in fifth place.

One notable name in the Arsenal list of centurions is that of Robin van Persie, who sits eighth in the all-time list with 132 goals from 278 games.

The Dutchman’s goalscoring exploits mean he should be remembered as a Gunners legend, but the manner of his exit in 2012 when he left for Manchester United destroyed the legacy he had built up in north London.

Like Aubameyang, he was captain and had just one year left on his contract. But unlike the Gabon international, he turned his back on Arsenal and made it clear he would not be signing a new deal, forcing Arsene Wenger to sell him just as he had finally hit his peak.

It would have been easy for Aubameyang to do likewise. Given his age, few could have blamed him if he’d decided to go elsewhere in pursuit of the top trophies rather than sticking around and leading the rebuilding project at Arsenal being led by Arteta.

So, the fact that has stayed at a time when the club need him most helps add to the iconic status he is already building for himself in north London. Now, he has three years left to ensure he really can sit alongside some of the all-time great goalscorers to have played for the club.

And the story he has written so far at Arsenal suggests there is every chance he will go on and do exactly that.