The Switzerland skipper was named Man of the Match after Monday's penalty shootout victory against France, and has been one of the stars of Euro 2020

There are few players at Arsenal who polarise opinion quite like Granit Xhaka.

Even now, with the midfielder currently having one foot out the door at Emirates Stadium, he still manages to be at the centre of fierce debate amongst the club’s fanbase.

His outstanding performance for Switzerland against France on Monday  had his supporters screaming from the rooftops, demanding that Arsenal pull the plug on the transfer talks with Roma that have been ongoing throughout the past month.

But at the same time, Xhaka’s many detractors continue to call on the club to strike a deal with the Serie A outfit, so that a new partner can be found for Thomas Partey ahead of the 2021-22 season.

Perhaps the only thing everyone did agree on after the shock victory for the Swiss at Euro 2020 was that Arsenal should hold out for as much money as possible from Roma, rather than just letting the 28-year-old go cheaply so that they can focus their attention elsewhere this summer.

But why are Arsenal open to letting Xhaka leave in the first place? At a time when Mikel Arteta’s side are lacking leaders and quality, why are they close to letting an international captain go who has just dominated the world champions and is fast becoming one of the stars of Euro 2020?

On the face of it, it may look like a strange decision from Arsenal. But in truth, they do not have too much of a choice.

Xhaka is now 28, has just two years left on his contract and has shown no interest in signing a new one.

If Arsenal do not cash in now, then his value will plummet quickly and they cannot afford to let that happen, especially at a time when money generated through player sales is so crucial to bolstering funds for potential incomings. 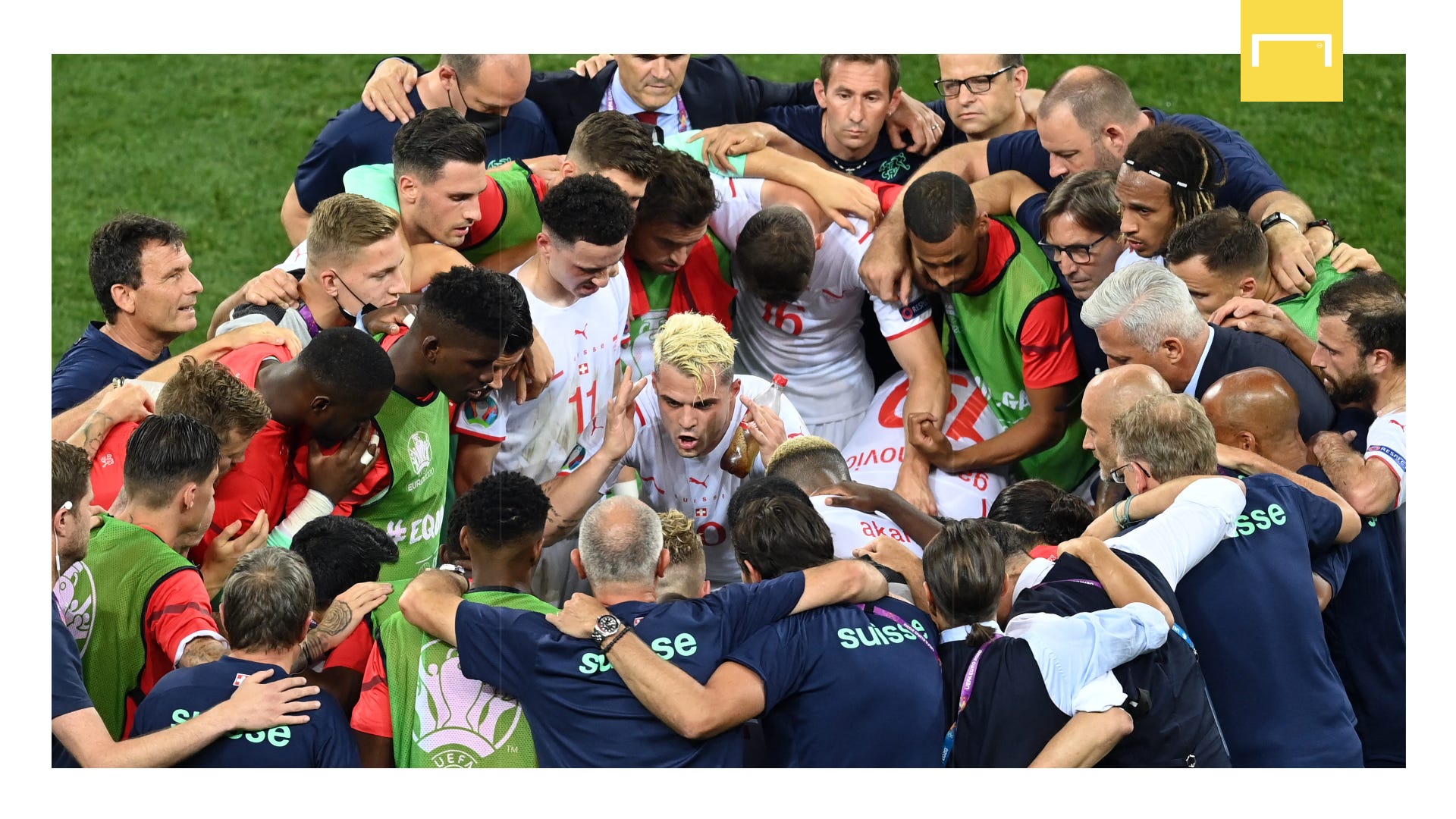 And after five turbulent years for Xhaka in north London, it does feel like the time is right for a change.

It has been 18 months since he told the Arsenal fans to "f*ck off" during that chaotic afternoon against Crystal Palace , but the scars from that day have not totally healed.

For Xhaka, there is still some resentment at the way he was treated and at losing the captaincy, while for many Arsenal fans an already difficult relationship was damaged beyond repair.

In the immediate aftermath of that incident, Xhaka looked certain to leave - with a move to Hertha Berlin in January, 2019 all but agreed.

But Arteta’s arrival prompted a change of heart, with Arsenal’s new head coach doing everything he could to keep a player that he had long admired at the club .

“When I arrived here I had a very high opinion of him and knew him really well,” Arteta said while discussing Xhaka in July, 2020.

“I had to convince him he had a future, he had a place here and he could enjoy his career and his family could be happy here.

"He is a player that when he commits he goes 100 per cent. He has worked really hard and he has won everybody’s trust again.

“He’s started to enjoy it again and, normally, when you have those two aspects together – that’s when players perform at the highest level."

The way Xhaka battled back from that dark day against Palace has been hugely impressive. Lesser characters would have crumbled under such criticism, but Arteta’s backing gave him the confidence to return to the side and become an integral part of things once again. 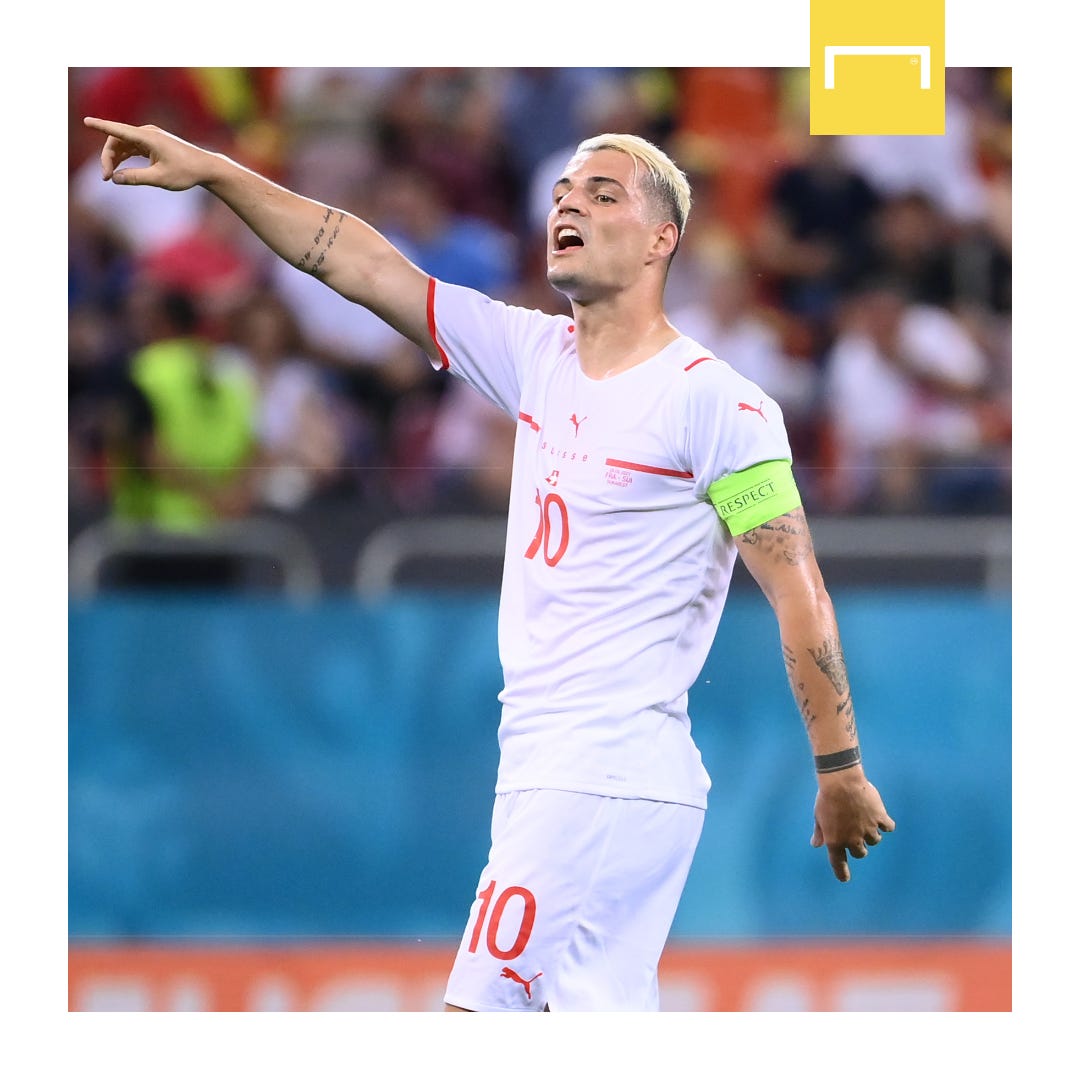 He played a key role in the 2020 FA Cup success, and while Arsenal struggled during the 2020-21 season, he was impressive, especially during the second half of the campaign.

“I think he has matured a lot as a player and he has a big importance in the dressing room,” Arteta said in February. “He’s doing things much, much better than before.”

For those who watched Arsenal last season, Xhaka’s performances for Switzerland this summer will not have come as a surprise.

His leadership qualities cannot be doubted, as was evident in the moments before extra-time on Monday night when he delivered that stirring speech to his team-mates which was captured so perfectly by the television cameras.

That moment also showcased Xhaka's selfless side, with the midfielder knowing at that point that he would be suspended for a potential quarter-final meeting with Spain having already picked up his second yellow card of the tournament.

It is why Jose Mourinho has long been a fan of the midfielder .

“Granit Xhaka is the main man in the entire Arsenal midfield,” Mourinho said back in 2019.  “Without him, Arsenal is lost. He is a leader.”

Xhaka is now approaching his peak, and what his performances have shown during Euro 2020 is that he still has plenty to give.

Should Mourinho get his wish and take him to Rome, it will bring the curtain down on a five-year spell at Arsenal where the former Borussia Monchengladbach man has often flattered to deceive.

His importance to the side is undeniable and as Mourinho pointed out two years ago, Arsenal are a poorer team when Xhaka is not in the heart of midfield.

But that does not mean that they are wrong to sell him. 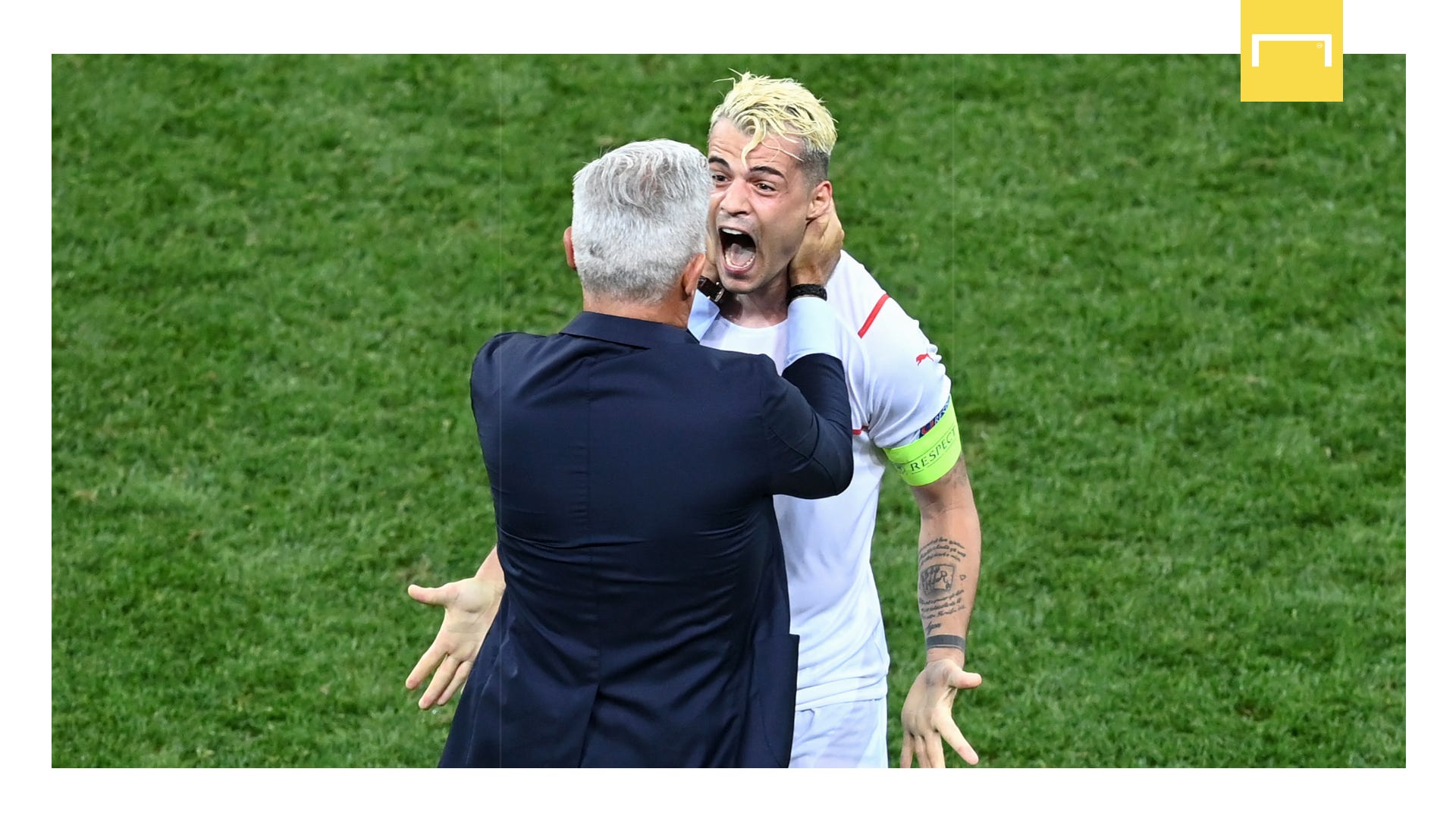 As impressive as Xhaka has been during the past few months, a costly error or rush of blood is always just around the corner, as was highlighted perfectly by his inexplicable error against Burnley at Turf Moor in March which ultimately cost Arsenal two precious points .

And as good as he is on the ball, he can often be found out by the pace and intensity of the Premier League.

Xhaka has been the mainstay of the Arsenal midfield for the past half-decade, and in that time they have failed to qualify for the Champions League in every single season.

Of course, the blame for Arsenal’s failings cannot just fall on him. The club have failed to build a team around him and he has often been left exposed in midfield, especially by the diamond formation that Unai Emery opted for at times during his short period in charge.

Xhaka is best when he has time on the ball, when he can look up and use his exceptional range of passing to split the lines and turn defence into attack, as he did superbly for Switzerland’s last-gasp equaliser against France which took the game to extra-time against the French.

It feels like his game should be perfectly suited to Serie A and it would be no surprise to see him go on to be a huge success under Mourinho at Roma.

The change of pace of the game could give Xhaka a new lease of life as he heads towards his 30s.

For Arsenal, the key now is to get as good a deal as they can out of Roma for Xhaka and then to replace him smartly.

His departure will leave a big hole in Arteta’s midfield and if they recruit poorly, it will soon become apparent just how important their former captain was, both on and off the pitch.