Arsenal spent £145 million ($174m) during last summer’s transfer window, more than any other club in Europe. And this year they are spending big again, with the arrival of Oleksandr Zinchenko taking their outlay to around £115m ($138m).

It’s another sign that owner Stan Kroenke is sold on the project being led by Mikel Arteta in north London, even after the Gunners collapsed at the end of last season and missed out on Champions League qualification.

Many predicted Arsenal’s failure to secure a top four spot would lead to them having to take a back seat during the transfer window, watching on as their rivals strengthened around them.

But the reality has been anything but, with Zinchenko the fifth new addition through the door, following on from the captures of Gabriel Jesus, Fabio Vieira, Matt Turner and Marquinhos.

“We’re really happy to have him,” Arteta said, when discussing his new £30m ($36m) addition from Manchester City.

“I know the player really well, he's an exceptional footballer and he is someone that is going to bring another competitive edge to that dressing room.”

In all, around £115m ($138m) has been spent - but does Zinchenko signal the end of Arsenal’s summer business, or could there be more to come?

A lot will depend on who exactly is available and at what cost.

Arsenal have already shown this window that they are in the market for a right winger. 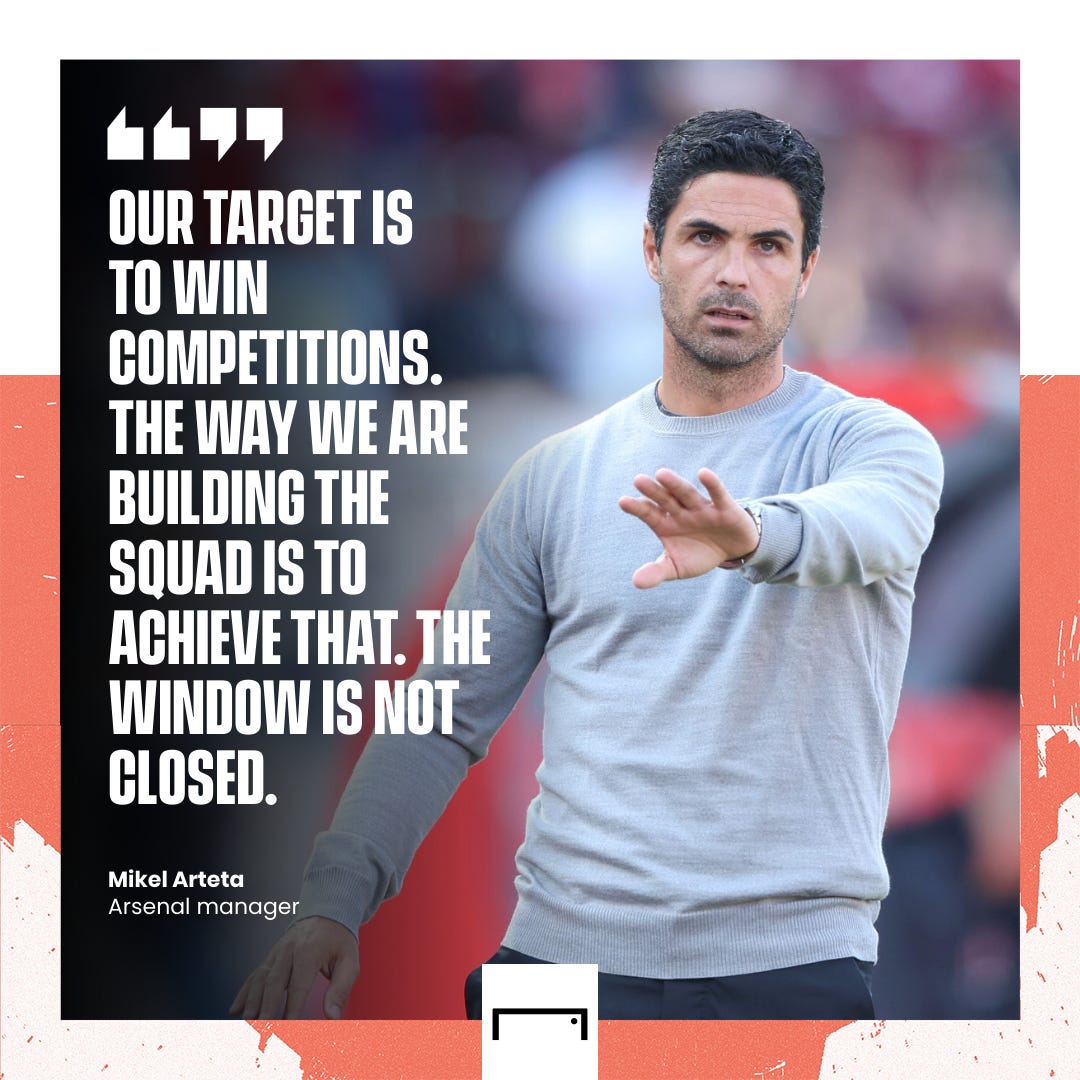 They did their best to bring in Raphinha from Leeds United, but ultimately the lure of Barcelona, combined with the eventual price tag for the 25-year-old, proved too much for the Gunners.

So that still leaves a hole in the squad that is waiting to be filled.

Arteta wants to bring in someone to not only provide cover for Bukayo Saka, but also to compete with the England international.

He may already have Nicolas Pepe at his disposal, but last season clearly demonstrated that the club’s £72m ($86m) club record signing does not figure prominently in Arteta’s long-term plans.

In fact, if a buying club can be found, Pepe will be allowed to move on before the current transfer window comes to an end.

That is why finding a right winger to supplement Saka, who has made 107 appearances for club and country during the past two seasons, remains on the agenda.

“We want to take the club to the next level and to compete really with the top teams,” Arteta said.

"We have to be able to evolve the team, improve our players and be able to recruit top, top talent to drive this project to that level."

So far the signings that have arrived this summer have undoubtedly improved Arteta’s squad, both in terms of quality and quantity.

And the addition of another wide attacking option will only strengthen things further.

“Our target at this club is to win competitions,” Arteta said following the 3-1 pre-season win against Orlando City in the United States. “It can’t be any other than that and the way we are building the squad is to achieve that.

Another midfielder could be an option and is something that has been discussed, but a question mark currently hangs over how firmly Arsenal will push to add another option in the middle of the park.

While Zinchenko is widely known as a left-back following his time with Manchester City, he will tell you that his best position is further up the pitch.

And while the Ukraine international will certainly provide cover for Kieran Tierney during the coming season, it is highly likely he will also feature heavily in the Arsenal midfield as a No.8 alongside Martin Odegaard.

Should that be the case, the Gunners could resist the temptation to bring anyone else in.

Youri Tielemans has been a long-term target and he was widely expected to join the club this summer following months of discussions behind the scenes with his representatives.

But so far Arsenal have opted against making a firm bid for the Belgium international, who Leicester would allow to leave given he has just one year left on his contract.

It is not beyond the realms of possibility that Arsenal do still firm up their interest in the 25-year-old, but the feeling is that it could take someone quite high profile to leave for Tielemans to now come in at this stage of the summer.

Elsewhere, Arsenal are quite satisfied with what they have.

The return from loan of William Saliba has bolstered the defence and while some consideration was given to bringing in cover for Takehiro Tomiyasu at right-back, it’s unlikely that will happen with Cedric Soares still at the club. 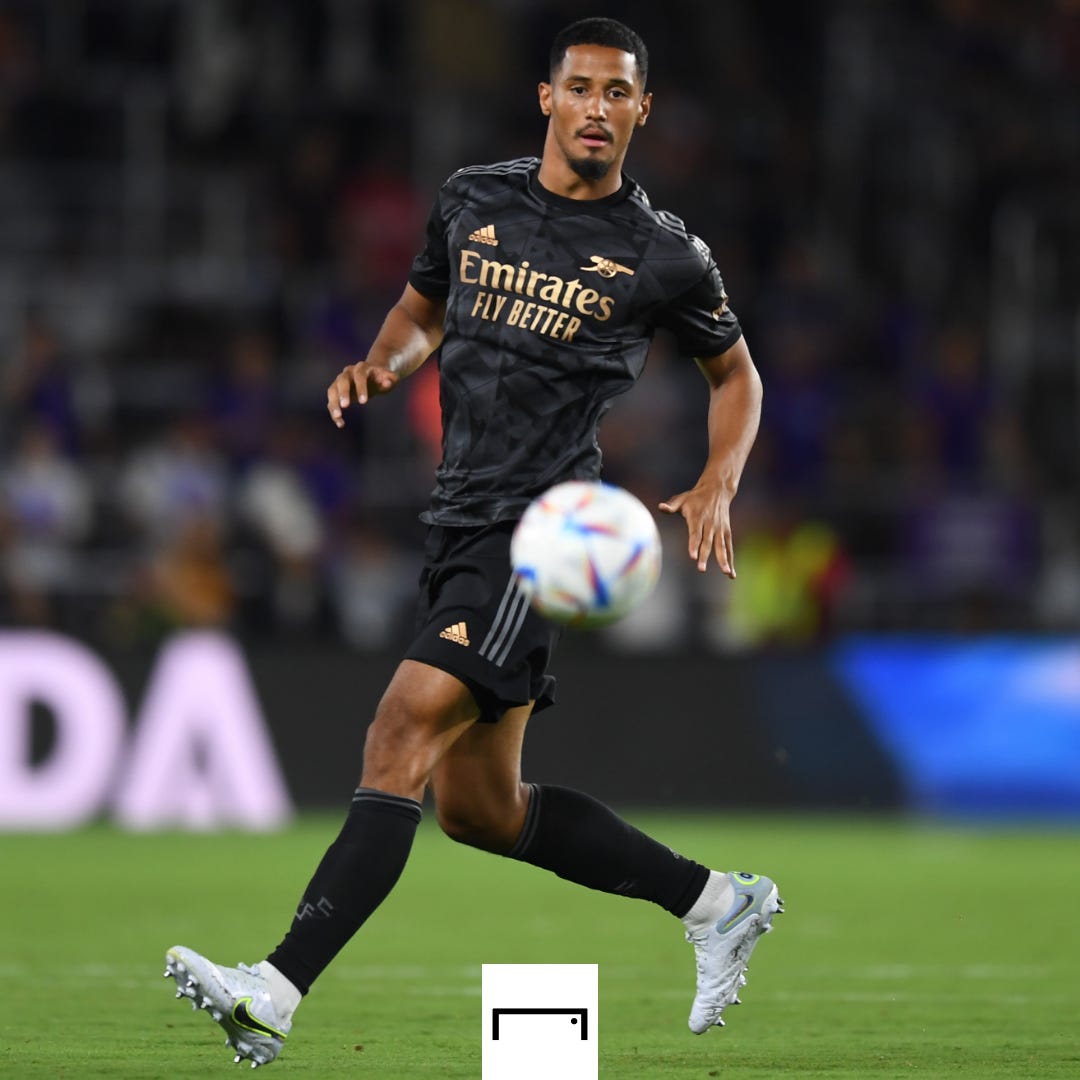 So as the window starts to draw towards a close, there will be extra emphasis put on getting players out of the squad - with the futures of several players still up in the air.

“We have to make some decisions on the players that we're not going to be using consistently and be fair and straight with them,” Arteta said. “That's a process that is going to start very soon.

“We have a big squad and now we have to make things happen.”

Bernd Leno, Hector Bellerin, Ainsley Maitland-Niles, Lucas Torreira, Reiss Nelson and Pablo Mari could all go if takers can be found, as could Pepe - who is now into the final two years of his contract in North London.

The arrival of Zinchenko could also lead to Nuno Tavares being sent out on loan, with several clubs, including Atlanta, interested in taking the Portuguese full-back.

Arteta wants to go into the new season with a settled and motivated squad.

He does not want unhappy players around who are not getting any game time who could start to cause some issues behind the scenes.

So getting players out over the coming weeks is viewed as key, with the club looking to recoup some of the £260m ($311m) they have spent across the past two summer windows.

The capture of Zinchenko adds to a busy period at Arsenal, but the work is far from complete.