Arsenal in talks with Corinthians over Willian deal 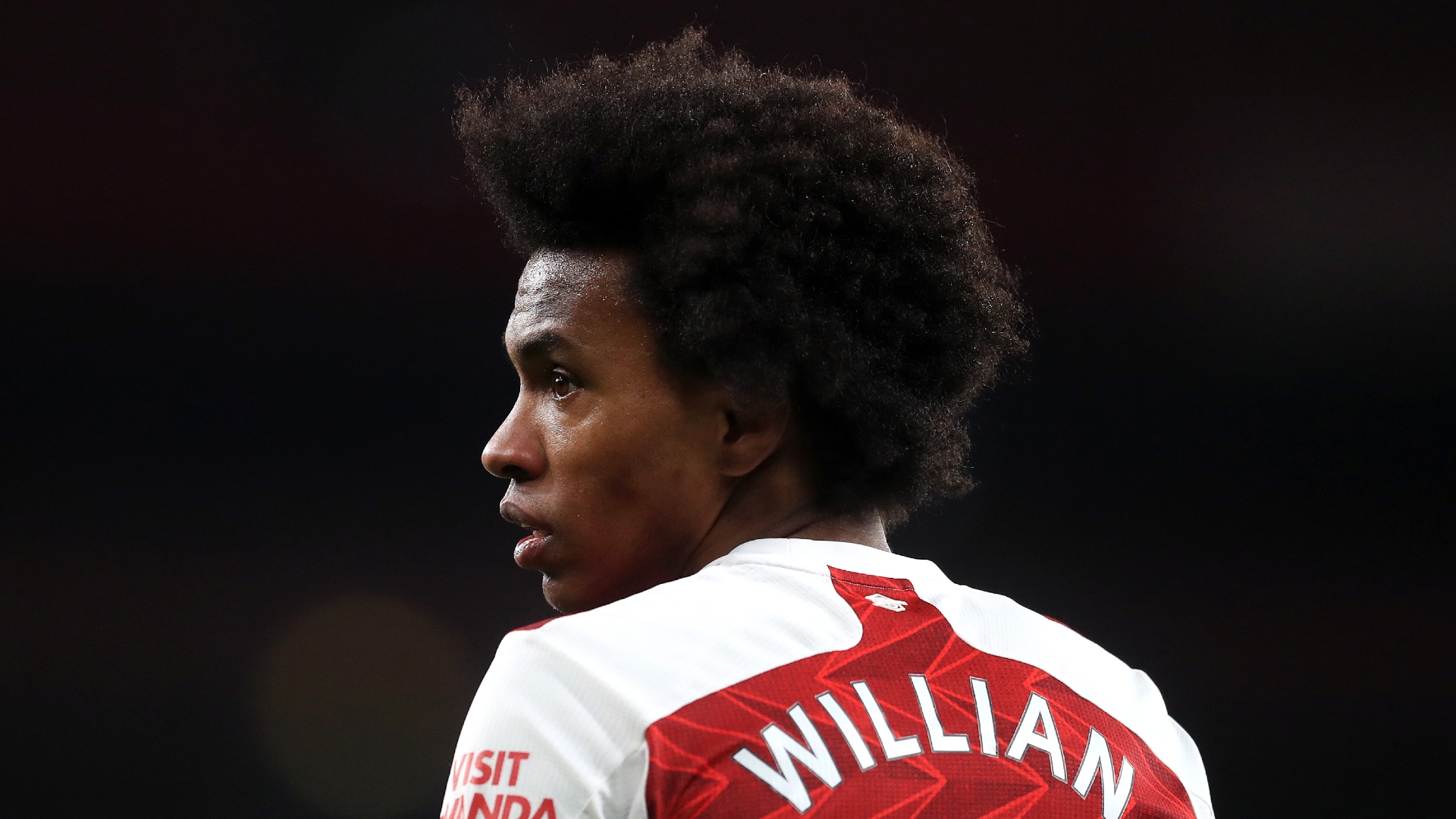 Arsenal are in discussions with Corinthians over a potential free transfer for Willian.

The former Chelsea winger swapped west London for the north part of the capital last summer after a seven-season stay at Stamford Bridge, but has struggled to have the desired effect for Mikel Arteta's side, scoring just one goal in 37 appearances.

He has yet to feature this season and the Gunners are willing to let him leave before next week's transfer deadline, with Brazilian giants Corinthians keen on landing the 33-year-old.

Talks are ongoing between Arsenal, Corinthians and Willian over a potential free transfer this month.

A deal has not been agreed, however, with Willian's wages - which are over £150,000 a week - well above anything Corinthians can offer.

Any move could depend on Arsenal agreeing to continue paying a percentage of Willian's wages following his departure from Emirates Stadium.

The experienced attacker is keen to seal a move away this summer, although sources in Brazil suggest his preference is to remain in Europe if possible.

Talks will now continue as all parties look to find a resolution before next Tuesday's transfer deadline.

Why would Arsenal let Willian go?

Willian's move from Chelsea last summer has been a disaster.

Billed as a no risk signing due to his experience in the Premier League, the Brazil international has never settled at Arsenal and failed to make any sort of impact.

With the Gunners having spent £130 million ($178m) on incomings this summer, they are looking to move several players on to reduce the numbers in what is a bloated squad.

Willian is one of the highest earners at Arsenal and his opportunities would be limited this season, with Emile Smith Rowe, Nicolas Pepe, Bukayo Saka, Gabriel Martinelli and new signing Martin Odegaard all ahead of him in the pecking order.

So the Gunners are keen to get him off the books, even if it means potentially having to cover part of his wages to push a deal through.